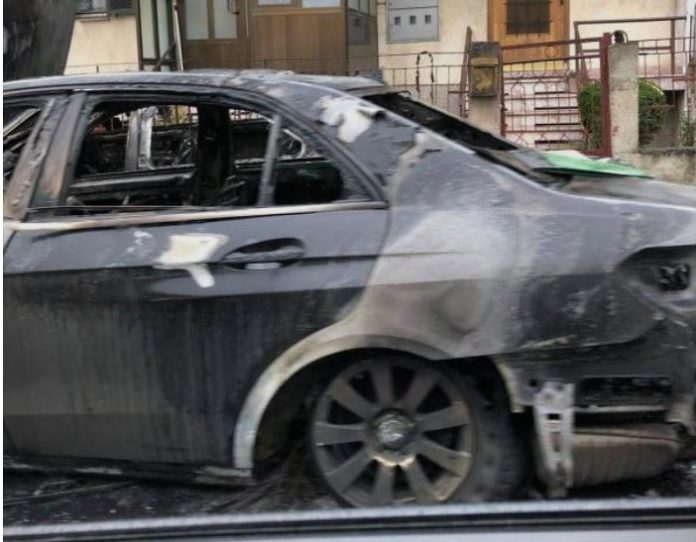 Last night, five parked cars burned in a big fire in the Chair neighborhood of Skopje, the Ministry of Interior announced.

"On 27.09.2022/03.55/XNUMX at XNUMX:XNUMX a.m. it was reported to SVR Skopje that a fire broke out in five passenger vehicles, four of which were parked on Gjoce Stojchevski Street and one parked on Lazo Moskov Street, namely: "Volkswagen Golf". "Renault Megane", "Renault Twingo", "Audi", all with Skopje registration plates and a passenger vehicle "Mercedes" with British national markings, the announcement states.

The fire was extinguished by a team of the Skopje Fire Protection Brigade, and there were no injuries. An inspection was carried out at the place, the police added.

"We were attacked by seven people" - two residents of Skopje reported, and when the police came, they arrested them

A director from Skopje withdrew 32.000 euros from the company's account and pretended that nothing had happened

A mountaineer found a human body on Plackovica

A young prisoner from "Idrizovo" died

Migrants begging in the yard of a Strumica school

Tetovets appeals: The driver guilty of my son's death was sentenced to only one year in prison