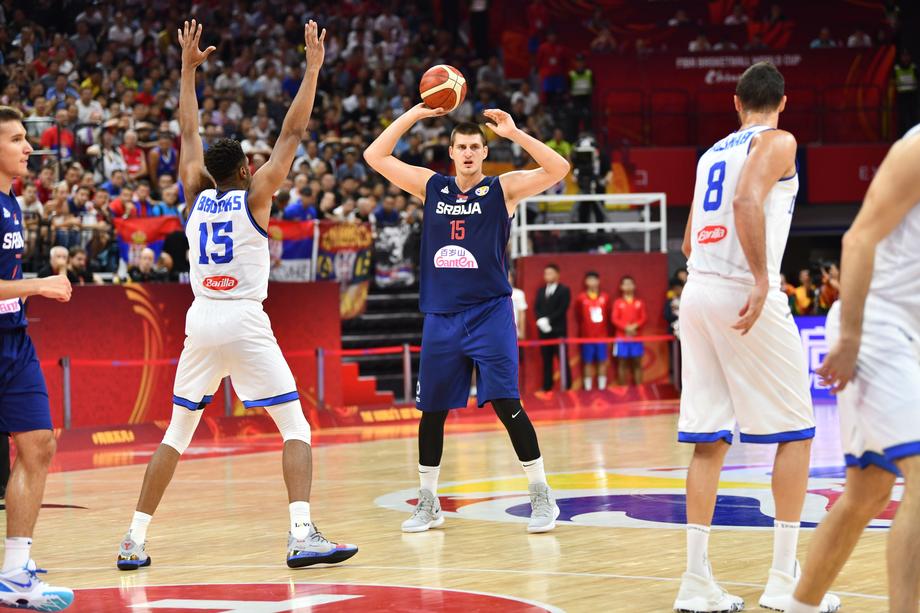 Svetislav Pesic, the selector of the Serbian national basketball team, held an interesting lecture to the students of the Faculty of Sports of the Union - Nikola Tesla University.

The celebrated expert spoke on several topics and answered students' questions. In his recognizable style, Pesic spoke in detail about the selection of players and how to recognize the talent, the unique methodology of work created in the Yugoslav basketball school, but also about his own coaching philosophy, which he built through 40 years of successful work.

The answers related to the performance of Nikola Jokic for the Serbian national team at the European Championship, as well as the selection of the center of the Denver Nuggets to be named the most useful player in the NBA league for the second year in a row.

- Nikola Jokic will play for the national team only under one condition, and that is to become a better player through the national team of Serbia. It is not a question of whether he loves his country. That is for sure. He is a proud Serb who writes me messages in Cyrillic. But we have to find a way to motivate him to compete with the best players in Europe. If he is not motivated, if he has no interest, then it makes no sense to play - says Pesic.

The Serbian center again won the title of MVP, ie the most useful player in the regular part of the NBA league. Only 12 players in history before him were named the best twice in a row.

- There is no doubt that Nikola Jokic and Luka Doncic are the best European players who have ever played in the NBA league. They change the way they play in the strongest league in the world. And they are constantly improving. Every year they bring something new and that is what makes them top notch. And that Nicholas absolutely deserved the recognition can be seen by the fact that Joel Embid (from Philadelphia Sixers), his biggest rival for that recognition, congratulated him - said Pesic.