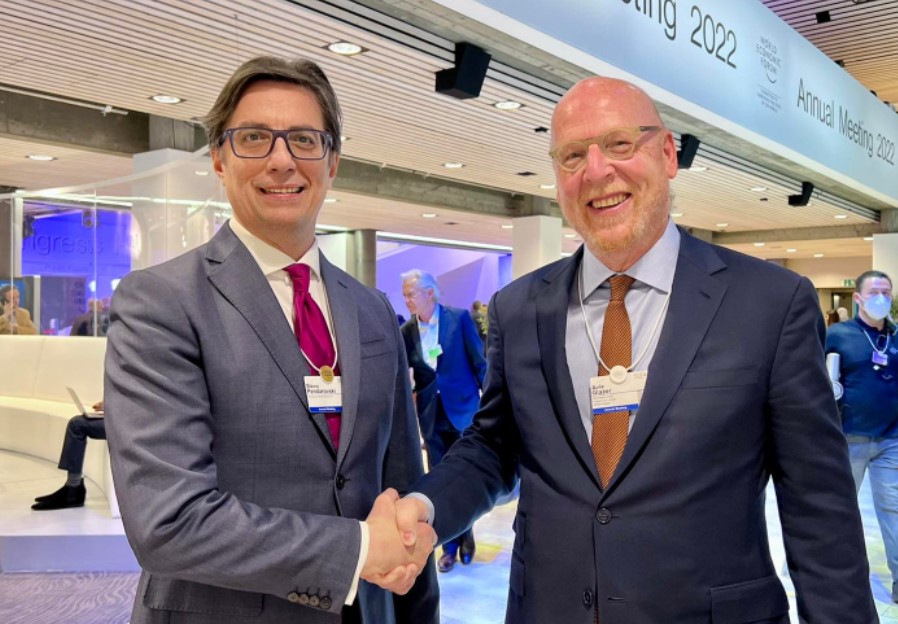 The President Stevo Pendarovski posted a photo on Facebook and announced that he had met with an American businessman at the Davos Economic Forum Avram Glazer, who owns the football club Manchester United.

"We talked with the owner of Manchester United Avram Glazer in Davos at the World Economic Forum about the rise of Macedonian national football and the quality of our players. We also talked about Ronaldo, undoubtedly one of the best. "I had the honor to hear first hand about his future status and the latest reinforcements in the club," Pendarovski wrote in a Facebook post.

Increased traffic intensity, no longer delays for entering and exiting the country

WEATHER FORECAST: A big storm is coming in the afternoon - rain, thunder and wind