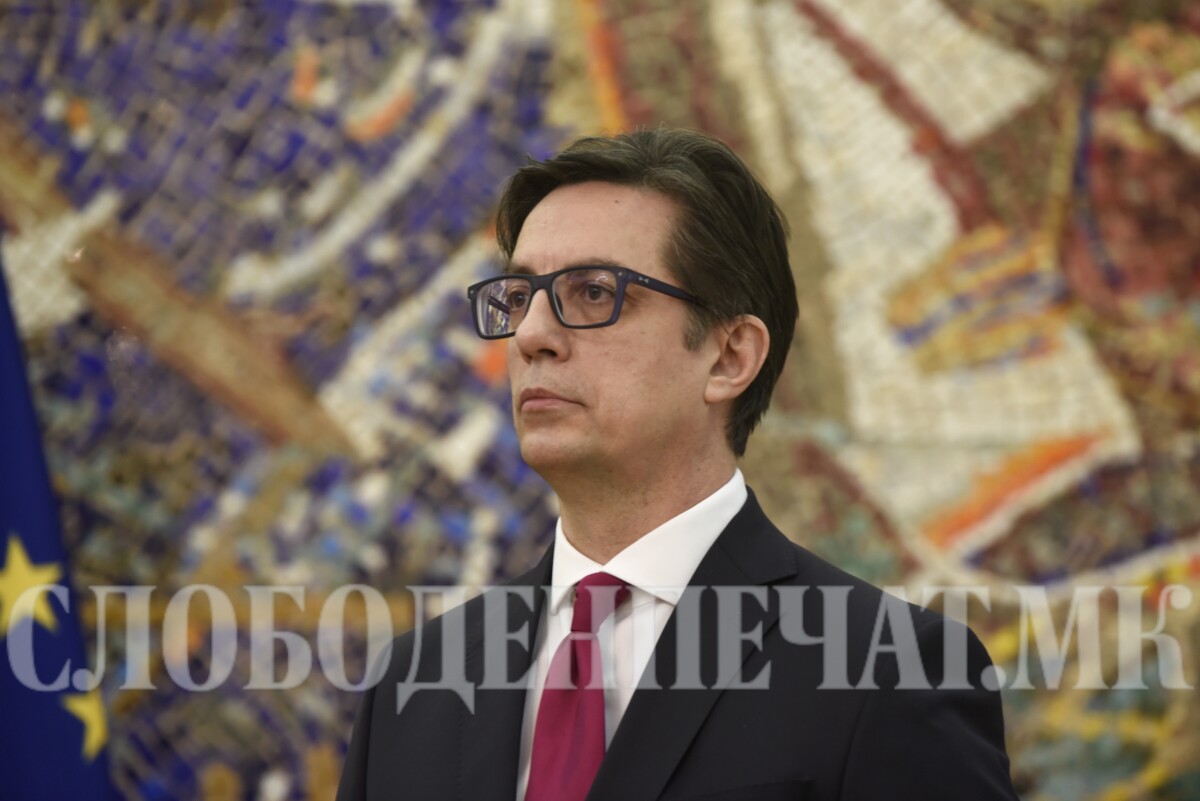 The modified French proposal is a transitional compromise for one of the phases of European integration, in which three elements are important, and therefore the proposal in this format is acceptable, the president said. Stevo Pendarovski after the session of the Security Council.

- With this, we lift the Bulgarian blockade that has lasted for more than two years and allows the formal opening of negotiations. We remain on the European track, which is long, and until this moment we have not lost anything, and now is the time to open the strategic dialogue here, said the head of state.

According to Pendarovski, the whole situation is characterized by extremely high political tensions in the country, but he does not believe, as he said, that this is a fateful dilemma to be or not for the nation and the state, nor a decision that will define the future generations of Macedonians and Macedonian citizens. .

He emphasized that he expects that after the proposal enters the Government, they will be adopted government conclusions in case the modified French proposal is accepted with one sentence plus, to repeat in the report of the Government to the Parliament, and that is that, as he said, from the day the negotiations start until they end, whenever that is, if there are any additional attempts from Bulgaria or any other side to mention Macedonian identity, history, language again , at the same moment to withdraw from those negotiations.

He expressed confidence that in his conversations with high-ranking European and world representatives he did not get the impression that they wanted to destroy the Macedonian people and country.

With the French proposal, Pendarovski said, history is not a requirement and there is only one sentence in both the proposal and the protocols. There is a suggestion that historians meet more often.

- I am convinced that we could not achieve more than the position of a candidate for membership, the Head of State said after the Security Council session, clarifying his views regarding the modified French proposal.

In addition to the existing members of the Council (Prime Minister Dimitar Kovacevski, Speaker Talat Xhaferi, Ministers Oliver Spasovski, Slavjanka Petrovska, Bujar Osmani, Professors Nenad Markovic, Veton Ljatifi and Trajan Gotcevski), the Vice Prime Minister for European Affairs, Bojan Maricic, will also attend the meeting. Pendarovski said that he did not invite the leader of VMRO-DPMNE, Hristijan Mickoski, because he saw that there was communication between the government and the opposition.

Kovachevski: With Medat Kurtovski, the municipality of Mavrovo-Rostuše gets a new face

MIOA: The agreement on fair representation in employment in the public sector is based on data from the total number of persons registered

In September, wild boar hunting begins as a measure against African swine fever