Pendarovski - Von der Leyen: Expectation of help from the EC in dealing with the energy crisis 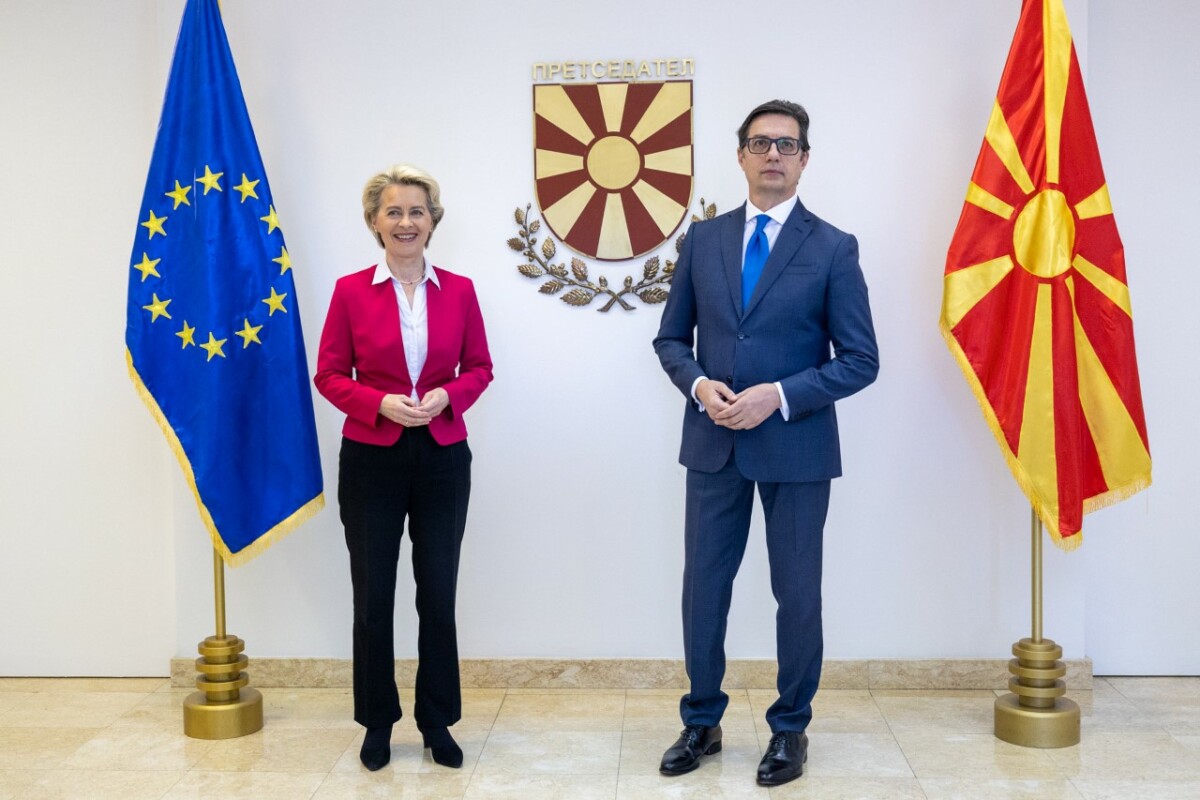 The current energy crisis and the course of the screening process, as an important stage in the accession negotiations for the country's membership in the European Union, were the main topics of today's meeting of the head of state Stevo Pendarovski with the president of the European Commission, Ursula von der Leyen in Sofia.

As announced by the Cabinet of the Head of State, President Pendarovski expressed his expectation for help from the European Commission in the context of European solidarity in dealing with the energy crisis.

Regarding accession negotiations for membership, Pendarovski stressed that the country is ready to make the necessary reforms in key areas, as part of the process for accession to the EU.

Today in Sofia, Pendarovski and Von der Leyen are attending the ceremony on the occasion of the beginning of the commercial work of the gas interconnector Greece - Bulgaria (IGB).