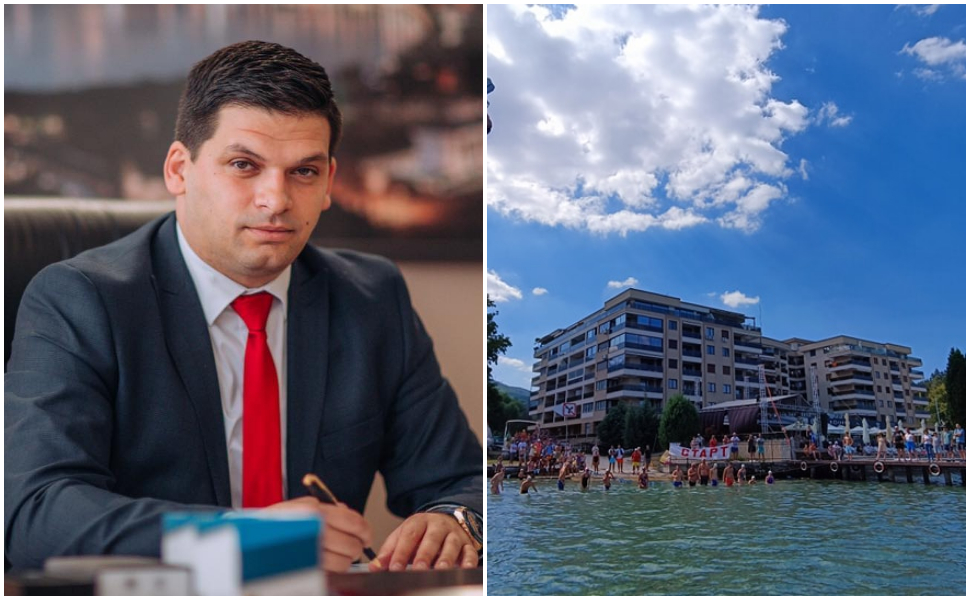 The Mayor of Ohrid Municipality, Kiril Pecakov reacts to the decision of the National Swimming Federation not to hold the Ohrid Swimming Marathon this year.

"The Municipality of Ohrid was fully prepared for the technical organization because the marathon is a great promoter of our city in the world. "The shameful decision not to organize the biggest international sports event in Macedonia comes in the year when the 60th anniversary of the first real marathon is being celebrated," Petsakov wrote on Facebook.

According to him, it is frivolous to leave the National Swimming Federation with a blocked account due to poor financial performance and thus the inability to maintain the brand in marathon swimming.

"I regret for the lovers of water sports and the guests who came to rest on the Ohrid coast, that Ohrid will not have the opportunity to welcome the world's best swimmers, who will not feel the magic of the water in the Macedonian pearl of the lake," says Petsakov's announcement. .

The reaction comes after the announcement of the head of state Stevo Pendarovski for the meeting with the president of the National Swimming Federation Goran Stojanovski at which, as he announced, they discussed the realized activities, participation in competitions, organizational problems and challenges in swimming on the domestic and international level.

The reason for not holding the marathon, which is traditionally held under the auspices of the President of the State, as stated, was the blocked account of the Federation and the financial operations of the previous management.

"If you are able, leave Russia": the Ministry of Foreign Affairs repeated the appeal to ours

Alliance for Albanians: Resignation of Grubi and Rustemi and investigation into the tender for corridors 8 and 10