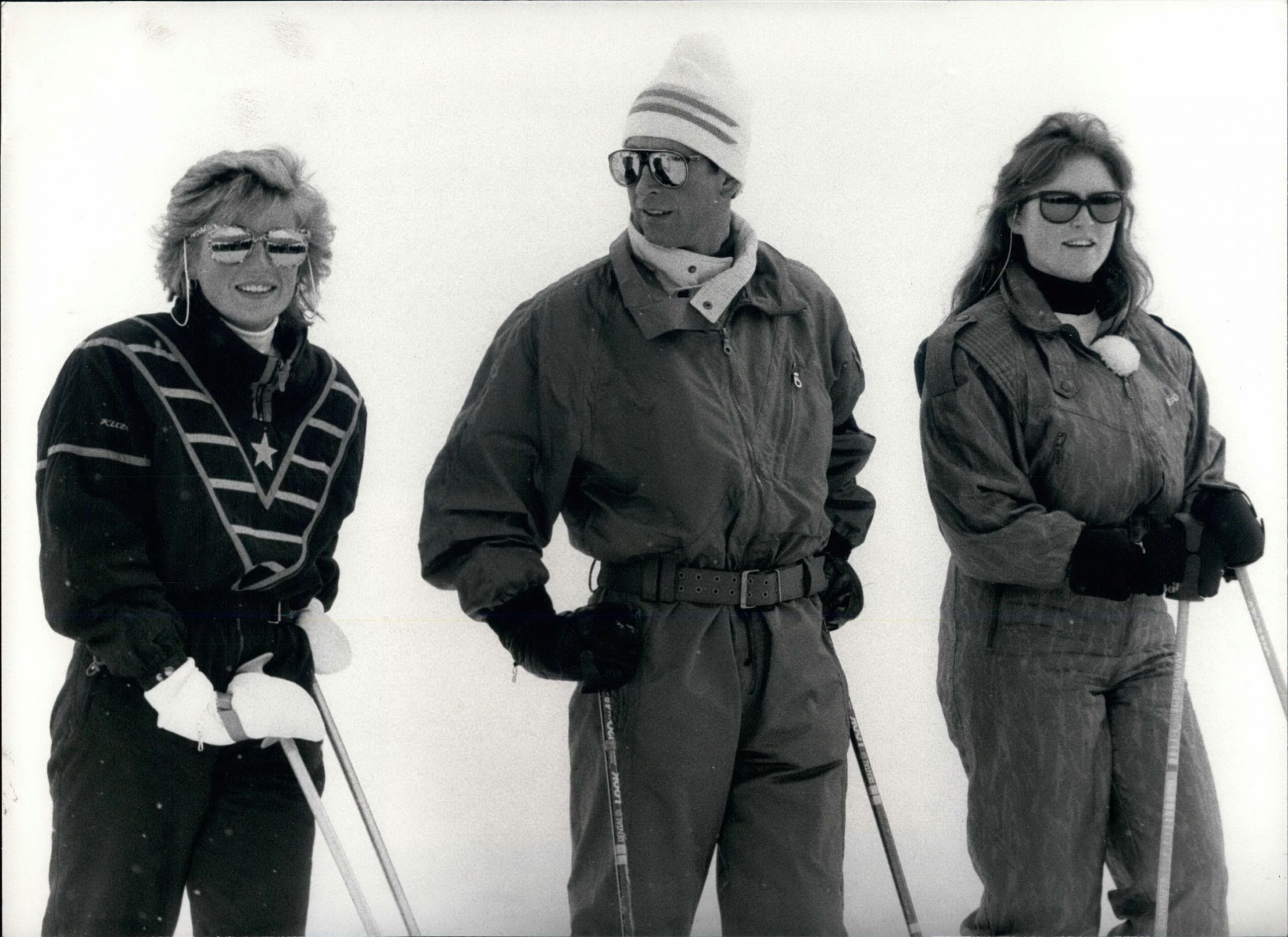 The thoroughly planned royal winter trip, which was supposed to be another good memory and distraction from worries, problems and obstacles - ended with a tragic end.

In March 1988 the prince Charles, his wife Diana, friends Hugh Lindsay, Charlie Palmer-Tomkinson, his wife Fifth and daughter-in-law Sarah Ferguson went on a winter vacation at the Klossters ski resort in the Swiss Alps. They witnessed a tragic event that left a big mark on their lives.

Immediately after the royal photojournalists published idyllic photos of Prince Charles and Princess Diana enjoying the Swiss Alps, the news of the tragedy that upset the entire royal family spread like wildfire.

Diana and Fergie were not on the slopes when the disaster struck, but unfortunately one of their friends died and Patricia Palmer-Tomkinson suffered severe leg injuries.

A member of the company died in an avalanche that engulfed the ski resort, and at that time it was speculated for several hours that a possible victim was Prince Charles himself. It was later learned that Hugh Lindsay, a longtime subject of Queen Elizabeth II and a close friend of her son Charles, died.

In those years, the accident was of great interest to the media, but out of respect for the privacy of the family of the deceased, only the necessary information was dosed in public, with sympathy for the grieving widow. Sarah Horsley.

All this would have remained in the past, deeply engraved in the sad memories of the British royal family, but the tragedy was once again shown in the controversial series "The Crown", which a few years ago shook the royal family. The award-winning series for the British Kingdom dedicated an entire episode to this ski event that marked the life of Prince Charles.

Widow Sarah Horsley, who lost her husband of only one year in 1988 and the future father of her unborn child, is still not immune to the event.

So she contacted the production of the series, wanting to remove the ski resort tragedy from the script, but her wish was obviously not fulfilled. Everyone who had already seen the series had the opportunity to see the event, and although the scenes of the accident and the avalanche that swallowed everything in front of it were not shown, Prince Charles' memories of that tragedy were recorded.

What actually happened that unfortunate winter day in the Alps?

As every year until then, the beginning of March for the younger members of the British royal family was reserved for a joint winter trip. So in 1988 they packed their bags and flew to the Swiss Alps on private jets, eager for new adventures and good company.

Although she was not a great skier, Princess Diana always wanted to spend as much time as possible with her husband, and although the series shows that the marital conflicts with Charles were unbearable at the time, insiders claim that at the time the marital status was still under control.

Just a day later, Prince Charles, wanting to test his skiing skills, went to the "forbidden part" of the ski resort with his friend Hugh Lindsay and the couple Palmer-Tomkinson.

Accompanied by several police officers (the royal bodyguards were not so experienced for such trails), they skied idyllic for a while, and then were caught in an avalanche that changed their lives forever.

Hugh Lindsay, 34, was killed in the crash, leaving behind his pregnant wife Sarah Horsley, who was in London at the time.

The British heir to the throne and those present who were present tried their best to help extract the body of Charles's friend, only to soon realize that it was too late. Directly from the ski resort, everyone was taken to a hospital in Davos.

In those moments it was not easy at all for Princess Diana, nor for her daughter-in-law Sarah, who did not go skiing that day, so she decided to stay at the hotel. Sarah had a good reason, because she was at the beginning of her first pregnancy, that is, she was pregnant with Princess Beatrice, and Diana was never an avid skier.

The terrible news reached Britain very quickly, ie Queen Elizabeth II and Prince Philip, who waited for hours for information whether their son Charles had survived.

After returning from the mountain in London, Prince Charles, Princess Diana and others tried to arrange a dignified farewell to their close friend, and young Sarah Horsley was waiting for them at the airport in London.

The prince and princess were with Sarah, who at the time worked in the public relations department at Buckingham Palace and were her biggest support in the following years.

Prince Charles became the godfather of little Alice, the daughter of his late friend, who never met her father. Sarah Horsley once said that she had a very close relationship with Princess Diana and could address her at any time of the day or night.

Naum Petreski became a grandfather, his daughter Anastasia was born

After an eight-year break: Cameron Diaz announced that he is returning to acting

Halid Beslic underwent emergency surgery: His wife found out how she felt after the difficult intervention

PHOTO | Bella and Gigi Hadid surprised fans with shaved heads at the show: This is painful

A fan stormed Ariana Grande's house: Last year he threatened to kill her