Conversation with Sofia Stojanovska: It's powerful to be a woman in the world of Brazilian Jiu-Jitsu
"Points" do not solve the problem of stray dogs in Tetovo, packs attack people every day in the streets
VIDEO INTERVIEW | Metodi Hadji-Yanev: Western tanks are insignificant compared to what Russia has
Dichev for "Sloboden Pechat": The names of the cultural clubs are a provocation, and the withdrawal of Ambassador Angelov is unreasonable
VIDEO INTERVIEW | Orce Gjorgjievski: Institutions are sleeping, don't make a circus with air pollution in Kisela Voda 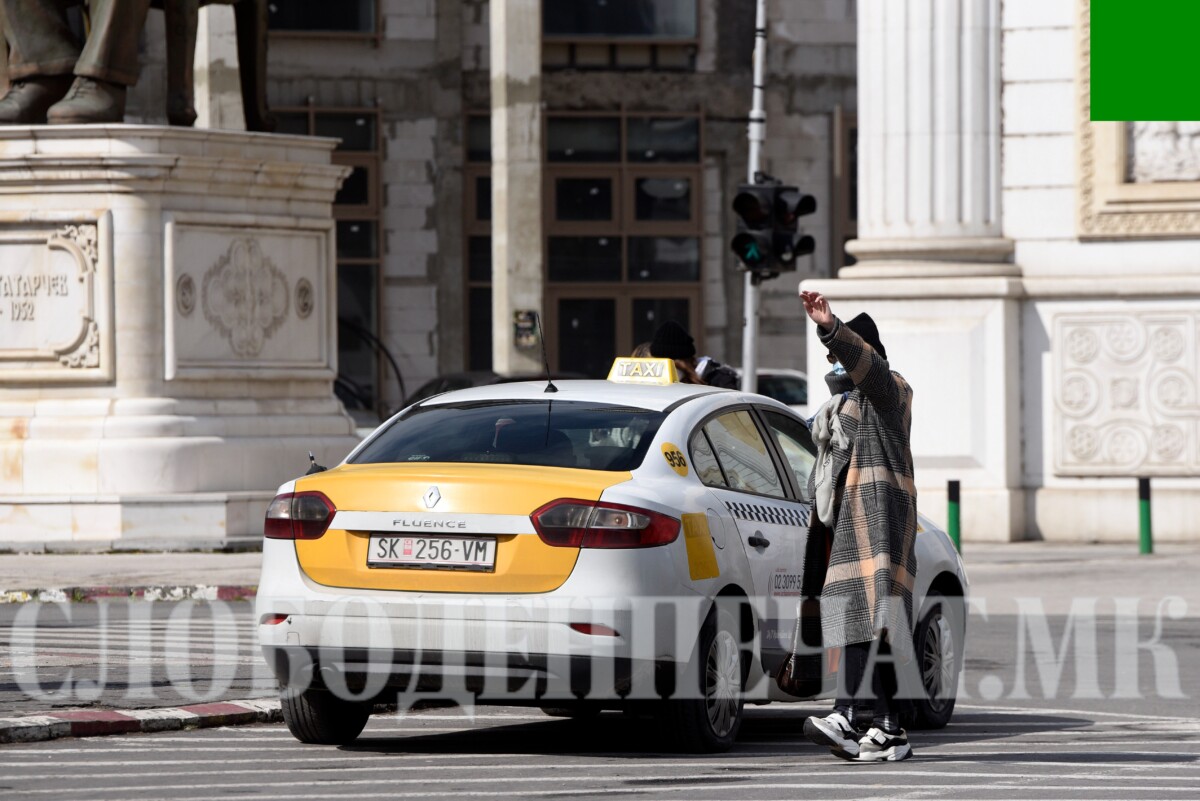 Since the capital is living in unprecedented traffic chaos, the work of taxi drivers has increased, but passengers are not satisfied with the long journey to their destination. Sasho Rajchanovski, president of the Taxi Transport Group - Skopje, tells "Sloboden Pechat" that it is happening more and more often that the passenger gets into the vehicle and gets out of it after only a few hundred meters. Rough calculations show that if you get stuck in a queue like this from the Airport to the Center, you will have to spend up to 1.000 denars, say some of the taxi drivers, recalling that there were days when ten meters were covered in 15 minutes.

-Since there are no private buses, we should have our hands full, but imagine how it was for us these days, when there was no "mercy" even for the ambulance vehicles. Some of the colleagues did not accept tours, because it was impossible to break through the chaos - says a Skopje taxi driver.

The president of the Taxi Transportation Group agrees with the statement that there has been traffic chaos for a long time. He says that they will submit a proposal to the mayor Danela Arsovska with the simplest solution for taxi transportation, but does not reveal other details. Neither the citizens, nor us as businessmen, it is not easy these days, adds Rajchanovski.

- If someone planned to spend, for example, 200 denars for taxi transportation to their final destination, and the taxi meter initially hit 70-80 denars, it is clear that they will not get far in this traffic chaos. Congestion, non-driving of private buses, blockades and protests are "devastating" for business, but also for citizens' pockets. Such situations have become more numerous this year, so passengers have started to leave, even though they have not spent even a third of their journey by taxi. This means that the colleagues have to stay in the traffic, and their tours fail with this kind of driving on empty. And now imagine how patient the colleagues who provide their livelihood as taxi drivers have to be, when they stand stuck for hours in the streets", Rajchanovski explains.

Even if it were not for the high fuel prices, dug-up streets and roadblocks, the issue of unlicensed vehicles without taxi meters and unregistered taxi drivers has remained unresolved for years.

"At the moment, 4.000 vehicles drive through the streets of Skopje, and a very small percentage of them are licensed. The number of employees is several times lower than the actual number of taxi drivers who work illegally. Then why do we have laws, decisions, regulations that regulate taxi transportation, if they are not respected - asks Rajchanovski.

Brazilian Jiu-Jitsu is a self-defense martial art that is a combination of traditional Japanese Jiu-Jitsu and Judo. It is a fairly new martial art, whose founders Carlos and Helio Gracie created it at the beginning of the 20th century in Brazil. Get the most important news, free on Viber Today is considered one of the most popular martial arts in the world, including …

Conversation with Sofia Stojanovska: It's powerful to be a woman in the world of Brazilian Jiu-Jitsu Read More »

Dichev for "Sloboden Pechat": The names of the cultural clubs are a provocation, and the withdrawal of Ambassador Angelov is unreasonable

The EU can help Ukraine with frozen Russian money, authorities in Brussels have decided

There is a cure for intrusive traders, there will be a "Do not call" register in Serbia

There are currently more than 13 billion digital yuan

The very delivery of Western tanks to Ukraine if we look at it in isolation or in numbers generally means nothing and may even cause a headache for Ukrainian operatives because it will now create a logistical horror for Ukrainians. This is because it will be difficult to synchronize the tanks on the battlefield with the other genders of the ...