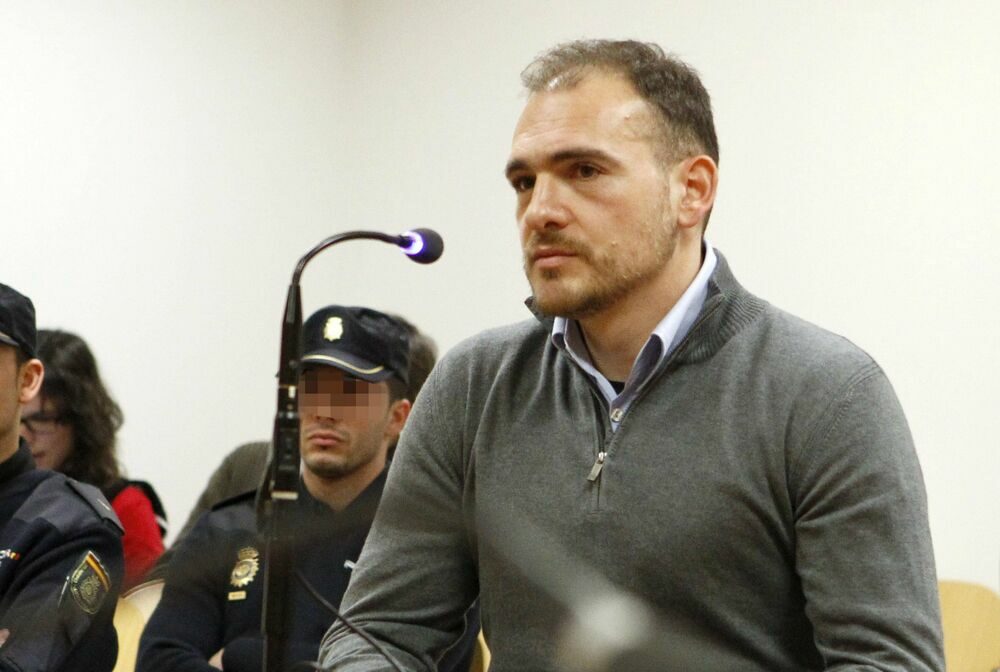 Bojović at the trial in Spain / photo: Profimedia

Luka Bojovic, who was in prison in Spain since February 2012, should return to Serbia today, where he will be a free man, since no criminal proceedings are being conducted against him.

Luka, the son of the legendary director of the Belgrade Zoo Vuk Bojovic, has been present in the criminal underground in Serbia since the 90s, when together with Milorad Ulemek-Legia was a member of the paramilitary formation "Tigris" of Zeljko Raznatovic-Arkan. Before he was arrested in Spain, Bojović was considered one of the key players in the Balkan criminal world. his brother, Nikola Bojovic, who was not involved in crime, was killed in 2014 when an assailant opened fire on a street in Belgrade. The perpetrator was later sentenced to 35 years in prison for the murder. While Luka Bojović was in prison, his father died and his lawyer was killed. Several close associates and friends of Bojović also lost their lives.

In Spain he was sentenced to 18 years in prison for possessing huge amounts of money and weapons. However, the Spanish authorities released him on parole after ten years, expelling him from the country. Serbian media write that the return of Luka Bojović is causing great anxiety in the underground, because no one knows what to expect from him, and there is a fear that he could take revenge.

The details of his deportation to Serbia are kept in the strictest secrecy. Bozidar Spasic, former member of the State Security Service, for the portal "Espresso" revealed part of the procedure that Bojović will go through on the way from Madrid to Belgrade.

"In order to pick him up, an inspector from the Belgrade police and an Interpol inspector went to Madrid, who will accompany him on the plane all the way to the Belgrade airport. After arriving in Serbia, Luka will be taken to the police station at the airport and there they will have an informative interview with him, mostly because he has no documents with him. Then Bojović can be taken to the premises of the Belgrade police, where he will probably be presented with certain information about the fact that certain criminal groups are waiting here for his evidence in terms of a showdown or revenge, so that he can take care of his own safety," he says. Spasic.

There will be absolutely no measures against Bojović by the state and the police, considering that there is not a single criminal procedure against him in Serbia, but according to Spasić, the release of Bojović causes "tectonic disturbances" in the region.

"Luka Bojović does not have the right to police protection because the police do not have any concrete knowledge that someone will kill Bojović, but they have general knowledge that his arrival in Serbia causes tectonic disturbances and that it is a criminal "bomb" in our areas. Rumors spread throughout Belgrade that they would kill him in a cemetery, on the street, the underground spread misinformation to create panic. He can move freely and my guess is that he will leave Serbia and go to the countries where his "partners" are, which could be Greece, Turkey or some neighboring countries," says former police officer Spasic.

In his opinion, Bojović must already have plans for personal security, considering that he is considered a member of the "Skaljarski clan".

"Luka Bojović has certainly already engaged his followers and members of the clan, we must not forget that in some way he is a member of the "Skaljarski clan", he also has his own friends. It is possible to get the documents and the best advice as far as I am concerned in an expedited procedure is to get out of these premises immediately. He must have a house and apartment already secured by friends and associates. He will most likely be under the surveillance of our police, which means that they will follow him wherever he goes and possibly even tell him to announce if he is traveling anywhere," says Spasic.

It was rumored that Bojovic was pulling strings among criminals in Serbia from prison, and as Spasic says, if this is true, it is quite certain that he will continue with his criminal activities and leadership of his clan.

"We cops say his character types never change and they can never stop doing crime. Even as a child, Bojović chose crime, violence, being the leader of a group, whatever that group might be. Unfortunately, it came true for him and he is always at the top of the criminal milieu. It was said that he participated in some criminal activities in Belgrade, but it was never proven. was in command, so it is quite certain that he will continue. He simply belongs to the criminal milieu and will very quickly gather forces around him and continue to lead the clan. We will see that very soon," said Spasic.

So far, it has not been officially announced whether, in addition to the measure of expulsion, he was banned from entering the territory of Spain or the European Union. By the way, Bojović's family, wife and children live in Spain, while his sister and mother are in Serbia.

Problems in education, finances and assimilation affect all minorities from the Western Balkans

VIDEO: Protests across the United States after the release of a video in which police officers use excessive force against Tyer Nichols, who died three days later

VIDEO+PHOTO | After a quarrel with his parents, a teenager built his own home for about three thousand denars