Panic in Barcelona: Abramovich ready to pay the clause for the biggest pearl of the Catalans 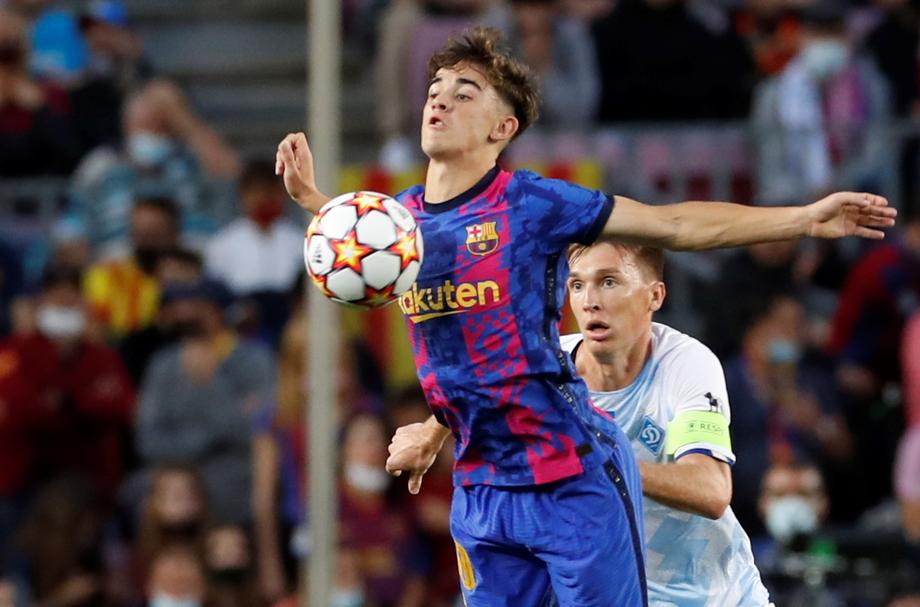 Gavi became the youngest footballer to make his debut for the Spanish national team in October / photo: EPA-EFE / Alberto Estevez

Pablo Martin Paez Gavira, better known as Gavi, started the season in Barcelona in a spectacular way, which made coach Luis Enrique give him a chance in the national team, and at the same time turned the attention of the giants who want to take advantage of the poor financial situation in Barcelona.

Namely, Chelsea is ready to pay the buyout clause and bring Gavi to "Stamford Bridge" in January.

Born in 2004, Gavi made his La Liga debut against Getafe on 29 August and the League of Nations semi-final in October. became the youngest player to play for the Spanish national team.

Gavi came to Barcelona in 2015 from Betis and continued to develop in the famous academy of Barcelona, ​​La Masia, and last year he signed a three-year contract and one item of that contract worried the team leaders.

It is about the redemption clause which amounts to 50 million euros. At the time he signed his first professional contract, no one in Barcelona hoped Gavi would explode in a few months and at just 17 he will delight the football giants.

This is exactly the situation that Chelsea and its owner Roman Abramovich wants to take advantage of who is ready to pay 50 million euros in January and activate the redemption clause.

On the other hand, the president of Barcelona, ​​Joan Laporta, is trying to sign a new contract with Gavi until the start of the winter transfer window. and cancel the small redemption clause.

Namely, Laporta is already talking to the young footballer's agents about a new contract and a new redemption clause that would amount to even 900 million euros.

Six fans were killed in a stampede in Cameroon