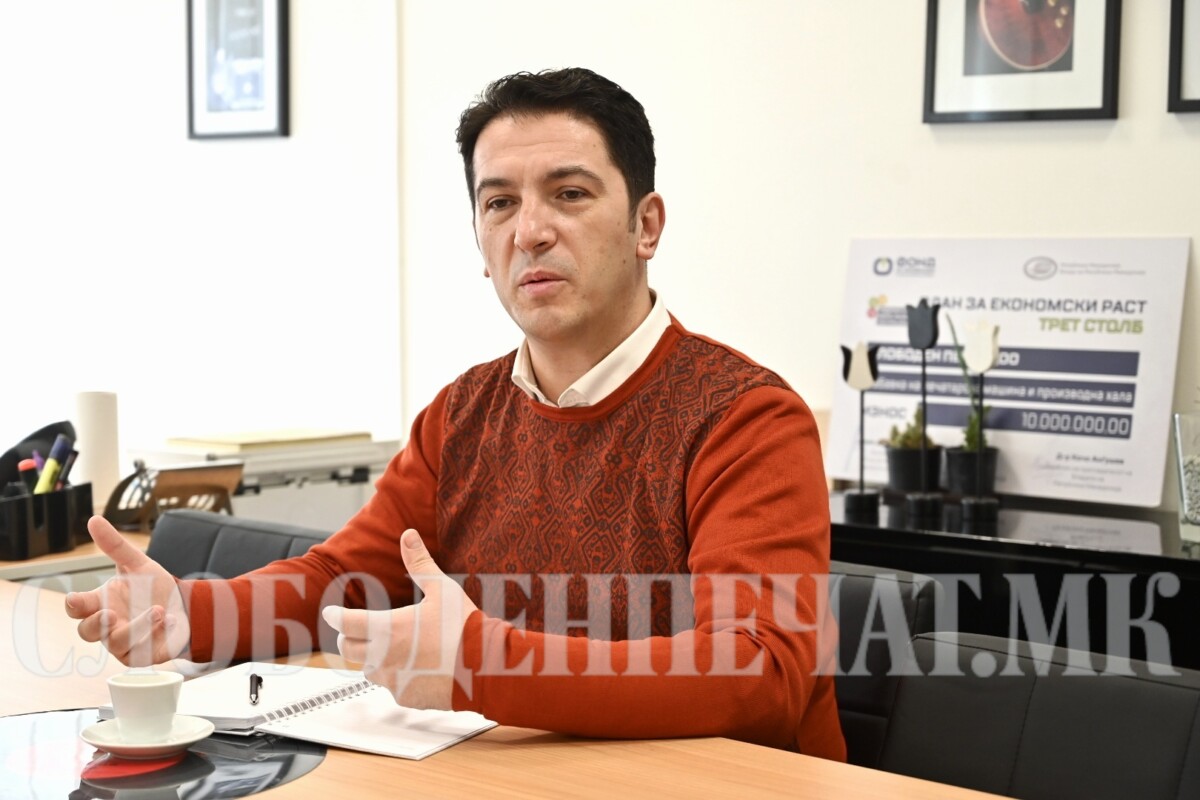 Additional restrictive measures for now there is no, and if the virus spreads in a certain region, municipality or city, measures will be taken, announced yesterday Minister of Health Bekim Sali.

- At the state level, we try to take care of patients at the hospital level. Since last week, measures have been taken to increase the number of beds, which means opening the facilities that were previously covid centers. There is no need for modular hospitals for now, Sally said.

According to the data of the Institute of Public Health, at the moment in the country in 90 percent the "omicron" strain is present, and in 10 percent the "delta" strain.

Illness to those patients who will have symptoms and after the seventh day will be regulated by family doctors, ie if they have symptomatology of the virus, their sick leave will be automatically extended for another three days.

- Our service "My appointment" informed all family doctors how to record these cases. Epidemiologically, they are guided by family doctors and on the seventh day, if they have a fever or some other symptomatology, their period of self-isolation is automatically extended to three days. The family doctor regulates the sick leave, Sally pointed out.

In terms of whether you are thinking about reducing testing costs, the Minister pointed out that talks have been held with all stakeholders that influence the price and that he expects a positive response from them. Asked about the transparency of Commission for Infectious Diseases which has not held a press conference for several months, Sally said that the Commission has always been transparent and its decisions are known to the public.

He sent a message that vaccination is the best way to protect the health of the population.

- In our country, the citizens need additional action, ie stimulation of vaccination because we can not say that we are satisfied with the current percentage of vaccinated to approach the liberalization of protective measures from Covid-19, said Sally after visiting the vaccination point. at the Faculty of Economics in Skopje, where he received the third dose of vaccine.

Asked as will restore the trust of the citizens in the vaccines, when among the dead there are vaccinated and that in our country we do not ce separate the patients who died from covid-19 and those with covid-19, the minister said the methodology in our country, unlike the surrounding countries, has a different approach and should not confuse us because we have over 8 deaths from covid-000, and in other countries ce less.

- I must mention that in the interest of transparency, from the very beginning our institutions wanted to show how much ce died as a result of Covid-19. The fact is that Covid itself is complicated and is a multiorgan factor that aggravates a patient's condition, and can normally be the cause of death, Sally said.

In connection with the second semester in schools he indicated he would start with physical presence because, the epidemiological situation allows it, and the Ministry of Health will do random screening among students.

- According to our data, there is no need for online learning at this time, because the epidemiological situation changes every week, and based on that data we make decisions. This means that from February 1, physical presence in schools will begin and how the Ministry will take preventive measures with random screening and depending on the region, city or municipality, if an epidemic occurs, measures will be taken, Sally said.

The first children's embassy in the world "Megjashi" announced yesterday that it has sent a request to the Government and the Commission for Infectious Diseases in order, as they say, to reconsider the decision to start the second semester with the physical presence of students.

- We firmly believe that this decision should be reconsidered in order to start the semester with online classes, at least for two weeks from February, and then decide again for a possible extension for a certain period, following the current epidemiological situation. We think it is good for the Government to think about reacting quickly and providing all primary and secondary schools with fast tests, as many countries have been practicing for a long time. We believe that the private sector (especially the pharmaceutical sector) could also meet and protect public or collective health if addressed by the Government. We sincerely believe that you will make the right decision that is in the best interest of the children, reads the request from "Megjashi".

Trade Union for Education, Science and Culture yesterday asked the Government to reconsider the decision to start the second half of the year with physical presence. They believe that in a situation where the number of new patients is growing, online classes should be started in the first two weeks, and then the epidemiological situation should be considered in order to start with physical presence.

For the initiatives of groups of parents who announce that they will release them children without masks at school, Minister Sally says these are unofficial initiatives. The Ministry appeals to respect the measures such as wearing masks, keeping an appropriate distance and frequent disinfection.

As for the situation with Covid-19 in the region and in other countries, there is still an increase in the number of active cases and deaths.

Osmani: We expect the positions in Bulgaria to be harmonized, we should not succumb to provocations

Pendarovski to Bartholomew: The complete completion of the autocephaly of our church is of supreme national interest for us

The following days are stable, on Sunday torrential rain and thunderstorms

VMRO-DPMNE will file charges against Xhaferi today, Minov is on the move