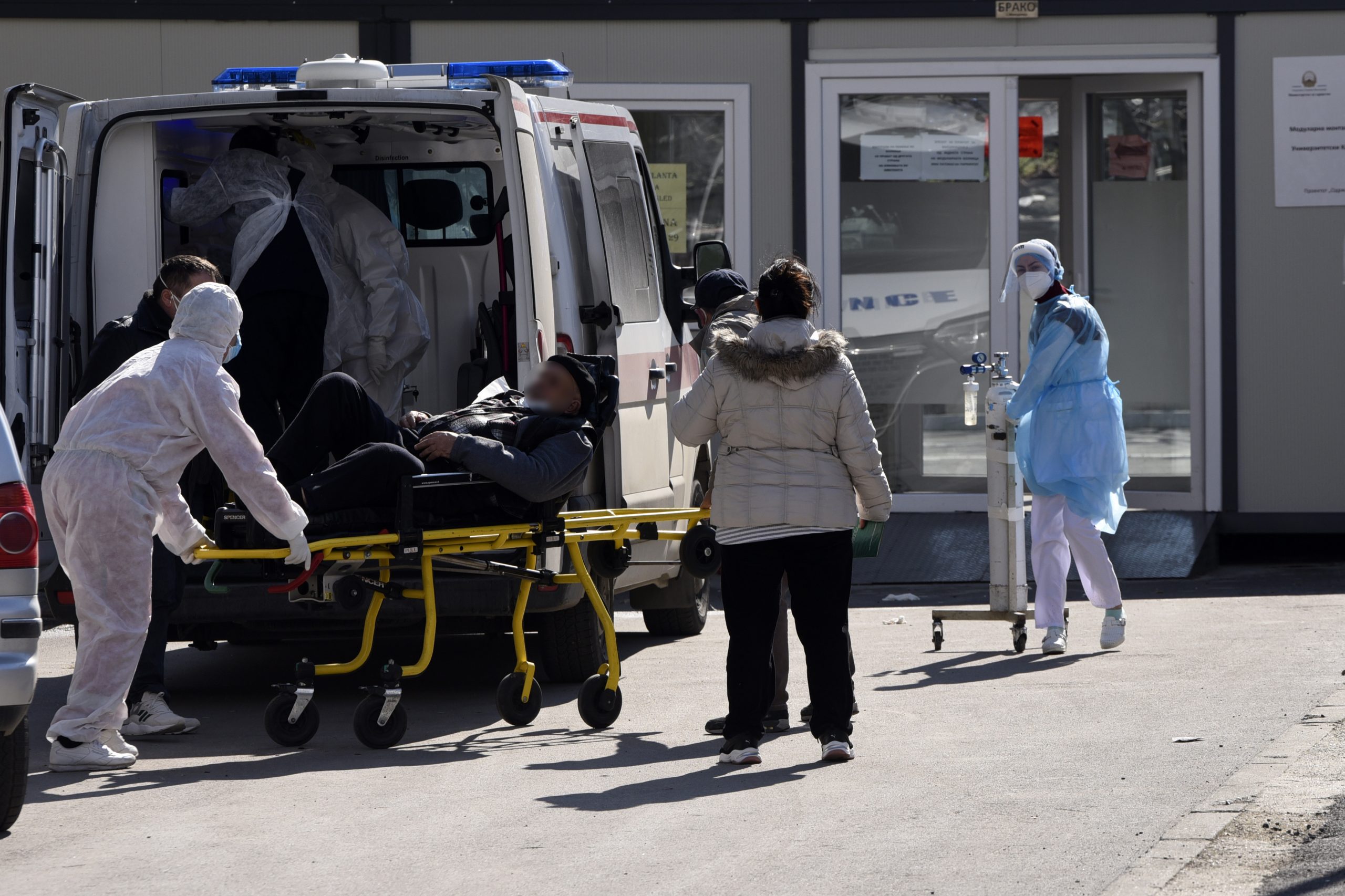 If you have a 50 percent mortality rate in hospitals, then it is clear that something is wrong. When you have a problem, you must first acknowledge that it exists in order to solve it. Instead of blaming patients for taking antibiotics on their own and calling a doctor late, health authorities should admit that they are treating poorly. Treatment protocols are not good. While mortality is declining in the world, it is increasing in our country. We have three times higher mortality than Kosovo, warns prof. Dr. Nikola Panovski.

There are many reasons for high mortality, but in general, it is an indication that the health system has failed. It is an important factor lack of treatment protocols, as well as the overuse of antibiotics, he believes Dr. Nikola Panovski.

- Health authorities must stop attributing high mortality to late doctor visits and patients with chronic diseases. The way the health system is organized is the reason why we are the first in the region in terms of coyote mortality. If you have a 50 percent mortality rate in hospitals, then it is clear that something is wrong. When you have a problem, you must first acknowledge that it exists in order to solve it. Instead of blaming patients for taking antibiotics on their own and calling a doctor late, health authorities should admit that they are treating poorly. Treatment protocols are not good. While mortality is declining in the world, it is increasing in our country. We have three times higher mortality than Kosovo - warns Dr. Panovski.

Omicron is not yet dominant

On the other hand, he says that in our country there is no difference whether the deaths are from omicron or delta strain, which is still present in the country.

- There is no information that the deaths are from omicron. About 65 percent of deaths are from omicron, the rest are from the delta strain. The fact is that according to the number of positive cases, the number of hospitalizations is much lower than in previous waves and strains of covid. In the three weeks that we have this wave, with approximately 2.000 cases a day, if it were a different breed, there would be no place to hospitalize patients even if all modular hospitals were opened - explains Dr. Panovski.

Doctor Zlate Mehmedovi. believes that until the omicron strain becomes dominant, there will be a high number of hospitalized cases as well as deaths.

- Although there is a lower mortality, it does not mean that people do not get sick from the omicron strain. If there are a large number of infected, there may be a large number of hospitalized as well as deaths. The problem arises because the number of vaccinated people is very small, and the immunized people are already losing their immunity, given that more than six months have passed since the vaccination. An additional problem is that when a new variant appears, a bypass of the acquired immunity is created. It is also important to emphasize that at the moment we have not only omicron, but also delta variant. The latest analysis showed that the ratio is 60-40 in favor of omicron. In this initial period we are still in a period of upward line, we will reach the peak in mid-February - says Dr. Mehmedovic.

He emphasizes that when it comes to treating patients, it is very important to take into account the period before hospitalization, as well as post-hospitalization.

- When we talk about the treatment of patients, we should understand that it is not only treatment when you are admitted to the hospital, but the treatment should start with the confirmation of the presence of covid-19, through laboratory and radiological examinations, as well as monitoring the patient's condition. Also a problem are comorbidities, which are an additional burden after you get Covid-19. The most important thing is that instructions for the treatment of patients have not been adopted yet - adds Dr. Mehmedovi..

In Slovenia, where almost 24 cases of covid-14.000 are registered in 19 hours, the number of deaths in the country is much lower than in our country - so far 5.773 deaths have been registered among Slovenes.

The General Coordination Headquarters adopted the recommendation of the Commission for Protection against Infectious Diseases to shorten the period for isolation of covid-positives from ten to seven days. The recommendation from the Crisis Staff was submitted to the Government. At the session of the General Coordination Crisis Staff, the Minister of Health Bekim Sali presented the current situation with the pandemic caused by covid-19 in the country. Earlier, the minister stressed that he is not considering abolishing certificates and masks.

The minister will be vaccinated for the third time on Friday. He will receive a booster dose of the Covid-19 vaccine. together with students from the Faculty of Pharmacy, Medicine and Dentistry, professors from the faculties and public figures. Due to the high turnout at the Medical Faculty in Skopje, vaccination will be conducted in the field, on campus.