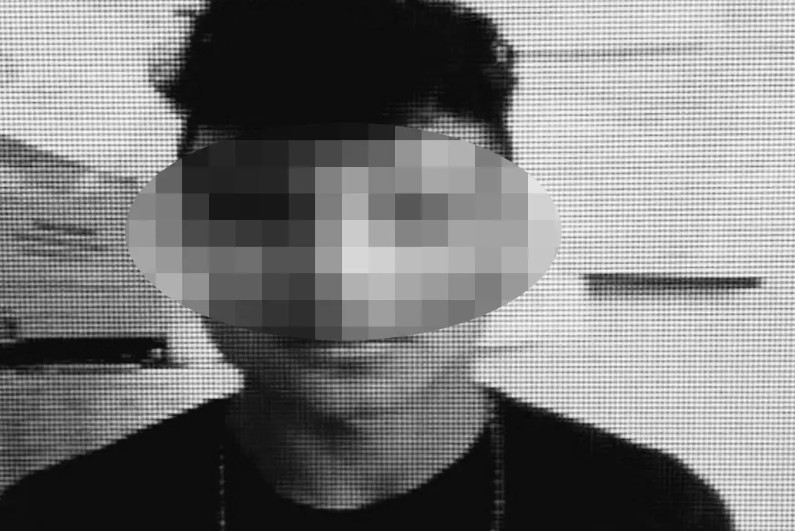 The Pakistani arrested in Macedonia was handed over to the Greek authorities/Photo: newsit.gr

A gruesome murder shook Greece a few days ago – a teenage girl (17) was killed by her boyfriend, a 21-year-old Pakistani who then ran away

The 22-year-old man who allegedly killed the 17-year-old girl Nicoleta in Peristeri has been arrested on Monday evening, Greek media reported, citing the announcement by Greek Civil Protection Minister Takis Theodorikakos, who said that the 22-year-old Pakistani man who killed her 17-year-old Nicoleta from Peristeri is now in the hands of the police.

- He is now in the hands of the Greek police, who suspect him of being the perpetrator of the murder of seventeen-year-old Nicoleta in Athens, and will be brought before the competent prosecutor's office, Minister Theodorikakos announced.

He is now in the hands of the Hellenic Police, the alleged perpetrator of the murder of seventeen-year-old Nikoletta in Athens, and will be brought to the competent prosecutor's office.

According to information on newsit.gr, he left Attica as well as Greece and went to North Macedonia with the intention of continuing to the countries of Central Europe.

The stolen phone of the brutally murdered 17-year-old Nicoleta, as well as the close cooperation of the police authorities of Greece and North Macedonia, led to the arrest of the 22-year-old Pakistani, Greek media reports.

All the Balkan authorities, especially the police in North Macedonia, were notified of his escape.

As a result of the intensified controls, a group of illegal immigrants was identified in North Macedonia yesterday afternoon, in which it was ascertained that the alleged perpetrator of the gruesome murder, originally from Pakistan, was also present.

In the same information, it is stated that he had with him the 17-year-old girl's mobile phone, which was without a SIM card.

His mobile phone gave a signal for the last time on Friday in Thessaloniki and thus mobilized the authorities there, but he seems to have left it in Thessaloniki.

The Pakistani suspect disappeared from the day of the murder of the 17-year-old girl from her house in Peristeri, and he was in a love relationship with her.

According to the forensic report, the girl's death was caused by suffocation, and before that she had a fight with the perpetrator, which ended fatally for the girl because the perpetrator covered her mouth and nose with his hands and suffocated her.

The young lady fought with her killer for 7 minutes to keep herself alive, Greek media reports.

From the extraction of data from the mobile phone of 17-year-old Nicoleta, it follows that the minor received a series of messages from the 22-year-old Pakistani in the last days and on the day of the murder.

The minor wanted to end the relationship and even asked to return the house keys. He did not accept this and seems to have become very aggressive towards her which eventually led to the murder of the girl who had a traumatic childhood as at the age of 11 she and her younger brother were raped by three men who then convicted in the case.

Yesterday, police officers from the Border Crossing and Border Surveillance Police Station Star Dojran deprived P.K. (26) of the village of Josifovo, Valandovo, of his liberty, the Ministry of Interior announced.

- Around 02.40:12 a.m. on the main road, section Marvinci - Udovo, near a place called "Kalkovska reka", the police officers noticed how migrants got out of his BMW vehicle, after which he ran away. Soon, he was found and deprived of his liberty, and XNUMX migrants were also found (nine from Syria and three from Pakistan), who were taken to the "Vinoyug" transit center in Gevgelija, the Ministry of the Interior announced, without specifying whether among these arrested Pakistanis was also the person wanted in Greece for the murder of the girl Nicoleta.

PK he was detained in the police station and after the complete documentation of the case will be filed against him.