Pajazitovski: No one has answered yet how my daughter-in-law burned completely in the bus of "Besa Trans", and the bag remained like new? 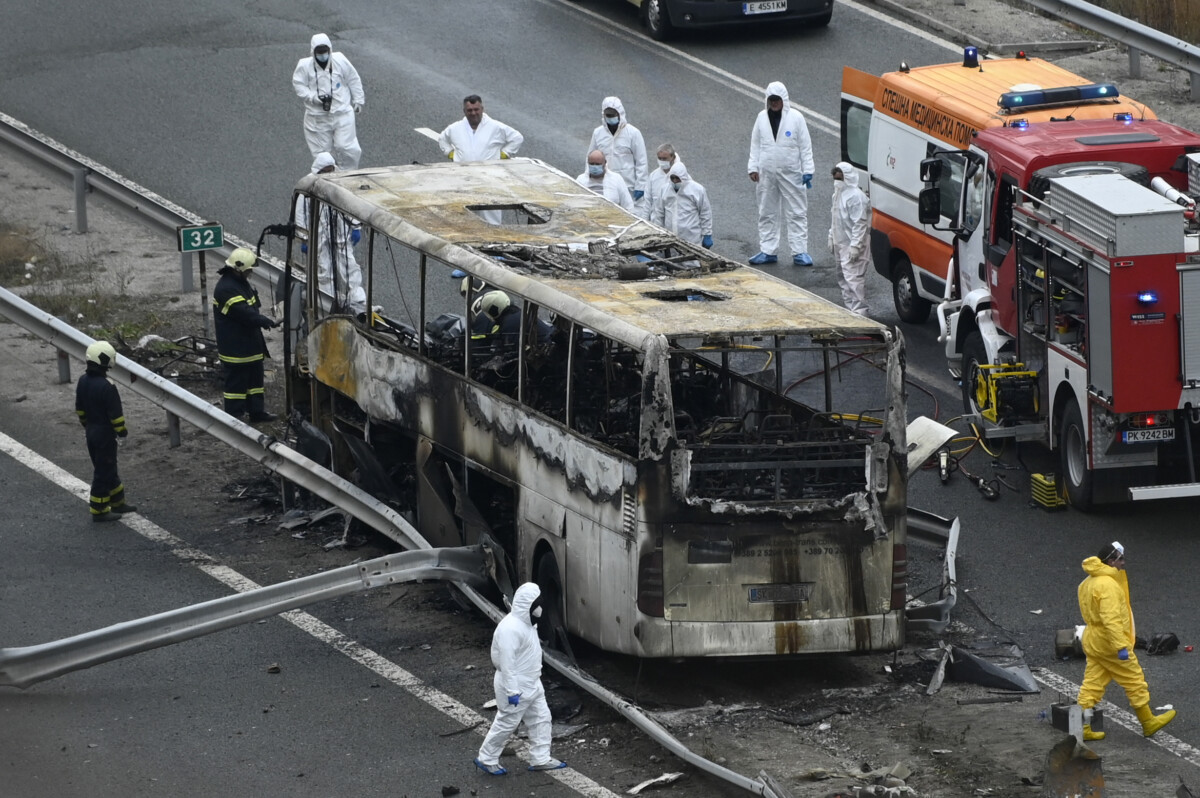 Ministry of Foreign Affairs (MFA) handed them over to relatives a month ago objects left by their loved ones who died in a terrible bus accident in Bulgaria.

Kamuran Pajazitovski, A relative of the passengers on the Besa Trans bus who lost his son and daughter-in-law in the accident, and his brother survived the tragedy, said in a statement for "Free Press" that he was upset by what he received from the Ministry of Foreign Affairs. He still can not believe how it is possible for the 45 passengers to burn completely and their belongings to remain undamaged, as was the case with his daughter-in-law's purse.

People burned, and my daughter-in-law's bag remained completely unburned. Everything is there, money, phone… how did it not burn? Since I took over the items from the Ministry of Foreign Affairs, believe me, I do not sleep all night, I am under a lot of stress. It is impossible for a person to burn and for the bag to remain. It is the same as it was. Was the assassination carried out? I do not know, says Pajazitovski.

He also emphasizes that items from his relatives are missing.

- I'm ashamed to say that! I miss the jewelry from my daughter-in-law's hand, three bracelets have been brought, and three are praised. According to MFA documentation, this is what they received from the Bulgarian authorities. We have no information on how the whole investigation is going. I have a lawyer in Bulgaria, while we have no information from our authorities. According to our unconfirmed information, a field is being prepared to close the case as a car accident. Let them close it if they want, but it will not stay that way, this will go even further, we will seek justice everywhere, in Strasbourg, where it will be proven what it is and how it is. So far, the Bulgarian authorities have said that the driver of the bus is guilty, says Pajazitovski.

He says that his brother, who survived the tragedy in November last year, is still in psychiatry.

My brother is one of the survivors, but he is in psychiatry. I can only thank Venko Filipce for his interest, and no one else. Venko Filipce still helps today. And as a minister he helped my brother to recover faster and get better. Immediately after the tragedy, Filipce was with us, and even today he helps professionally. Whenever we ask for him, the man is available, says Pajazitovski.

Criminal charges for this case by a group of citizens submitted to the Prosecutor's Office is the reason why a preliminary investigation was opened to determine how and why the technical inspection station "Via Commerce", where the bus of "Besa Trans" which burned in Bulgaria, was not closed in time, although operational shortcomings were identified and noted in the minutes a few months earlier.

The pre-investigation was opened two days ago, documentation was seized from several departments in the Ministry of Interior that performed the supervision in the technical inspection station and prepared the decision for prohibition. What is known is that on August 12, the teams of the Ministry of Interior determined that in "Via Komerc" the controls are performed by unprofessional persons and the necessary registers are not kept. On October 5, the Besa Trans bus, which burned down in Bulgaria on November 23, 2021, undergoes a technical inspection at this station, while three days later, on November 26, the Ministry of Interior signs the decision to ban work for 30 days to eliminate the omissions. Station owners remove the vulnerabilities by re-registering the station under another name.

In the tragic accident in Bulgaria, 45 passengers of the "Besa Trans" bus died.

VIDEO: The windows of the Parliament were broken, the speech of Vesna Petrushevska was interrupted

VIDEO: The protest in front of the Parliament is escalating, the protesters want to enter the building