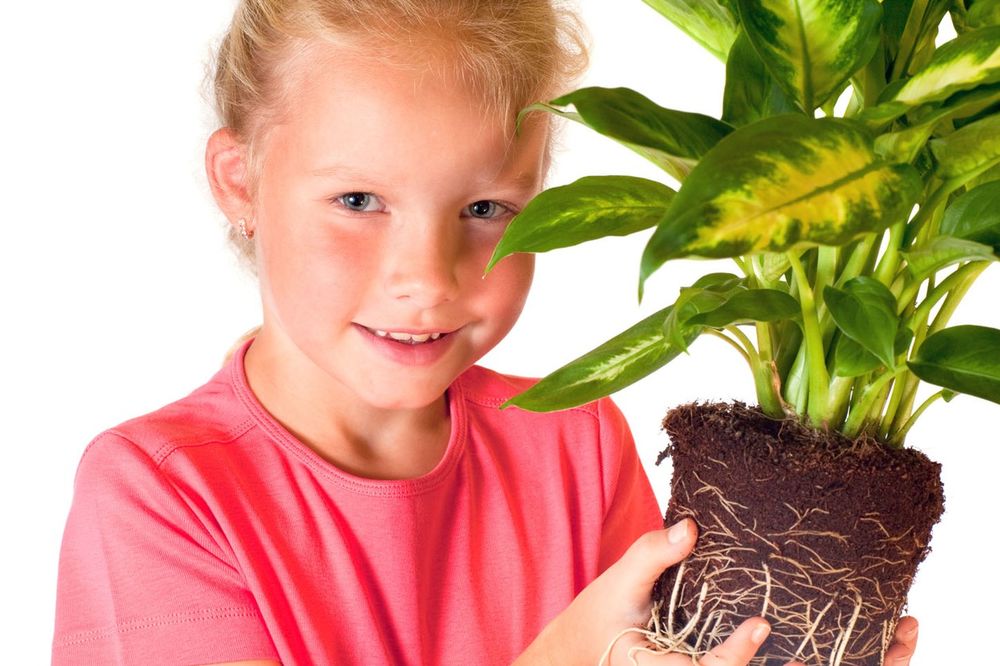 The large flowers or the beautiful leaves of indoor plants fill every home with special beauty, but they also have their dark side, i.e. they hide serious dangers. Mothers should be careful which herbs they keep in the home, because some of them can be very poisonous.

Children are very curious, they want to grab everything and usually put it in their mouth. Sometimes it also happens with the leaves of indoor plants, which are the cause of half of the cases of children's poisoning. Although most herbs are harmless, due to the content of certain chemical substances or alkaloids, some species can cause adverse reactions such as allergies, rashes, vomiting, diarrhea, stomach pains, and even fatal poisoning.

Depending on the amount that the child swallowed, the reactions can be of weaker or stronger intensity, although there are no rules, because not all children react in the same way. Therefore, carefully choose the herbs that will decorate your home.

The oleander, the castor and the wedge are life-threatening. These herbs are very poisonous, so chewing their parts can have fatal consequences, even in small amounts. The oleander contains toxins that cause changes in heart rhythm and blood circulation. Ingesting just one leaf can be deadly! The castor bean it contains the poisonous alkaloid ricin, of which the leaves, and especially the seeds, are poisonous. Symptoms of this poisoning are: vomiting, intense stomach pains, a strong feeling of thirst and hallucinations.

Entering one to three seeds into the body can have a fatal outcome. The clinic is also an extremely poisonous herb. The strong poison from the leaves and stems irritates the mucous membrane, so if a child accidentally swallows them, it causes swelling in the throat, difficulty breathing, nausea and vomiting. The poison is so strong that in many cases it causes permanent liver damage.

Difembachia contains large amounts of calcium oscalate. All parts of this plant are poisonous, especially the stem. If it accidentally reaches the lips, the tongue swells and speech impediments occur.

Calcium oscalate, a chemical substance found in Dieffenbachia, also known by the name amoena. This is a very common houseplant and people like to keep it in their home or office because it is extremely weather resistant and does not require much sunlight.

Those who have Dieffenbachia at home should be extremely careful, especially if there are children around, as the herb is deadly if consumed.

If a person is poisoned by Dieffenbachia, the US National Library of Medicine recommends cleaning the mouth with a cool, damp cloth and washing the eyes. If someone has come into contact with Dieffenbachia, they should also be given milk to drink and then seek medical attention.

The philadendron, the monster and the poinsettia are also very poisonous herbs. Aloe cactus is known for its medicinal properties, but in large quantities it is extremely poisonous.

If swallowed, they can be very dangerous the narcissus, the ivy, the hydrangea and the lily of the valley. When these herbs are taken into the body, they cause stomach-intestinal disturbances followed by severe pain, diarrhea, dizziness, severe headache, ringing in the ears, sweating, disturbances in the functioning of the heart, impaired vision, dilated pupils and changes in the functions of the nervous system.

Joke of the day: Burma