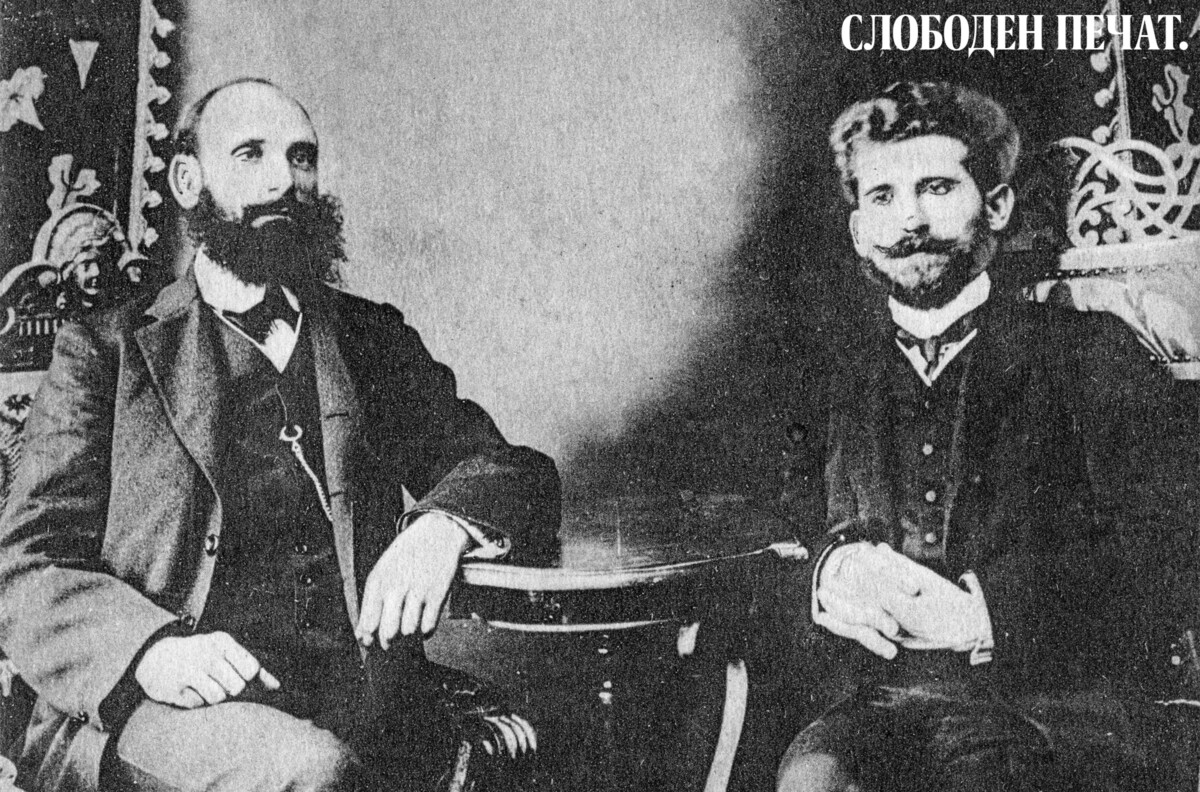 As with Gotse Delchev, so with Starikot we can recognize a strong feature of realism in the fight. It is that state-building genius who perceived the conditions for struggle and the general conditions for conceptualizing and defining the goals of the struggle. It was because of this ability that both of them were against the premature uprising in 1903.

Jane Sandanski-Starikot opposed the decisions of the Thessaloniki Congress of 1903. for raising an insurrection. When the Ilinden Uprising had already taken place, he prepared and carried out the so-called Crusader Uprising in the Syrian Revolutionary District. As with Gotse Delchev, so with Starikot we can recognize a strong feature of realism in the fight. It is that state-building genius who perceived the conditions for struggle and the general conditions for conceptualizing and defining the goals of the struggle. It was because of this ability that both of them were against the premature uprising in 1903. Both knew that considering the forces of the MRO and the Ottoman state and considering the unfavorable international conditions, the uprising was doomed in advance. Both of them understood that an unprepared uprising in Macedonia, in every respect, would not only unnecessarily expose the people to sacrifices and suffering, but would close the prospects for liberation for a long time. After all, it was clear to them that only Great Bulgarian politics and the Bulgarian imperial court would benefit from the uprising. Unfortunately, many Macedonian leaders did not accept such insights and attitudes of Delchev and Sandanski, which led to tragic consequences for the Macedonian people in a long period.

After all, already in 1905 the left or the "left Sandanist wing of the Organization", as Mito Hadji Vasilev-Jasmin calls it, quite clearly characterized the Vrhovists as an extended arm of the Greater Bulgarian politics in Macedonia and noted the differences in goals. According to the assessments at the time, "the supremacists represent a complete negation of the Internal Organization - there is an abyss between it and them." First of all, against the goal of the Organization, autonomous Macedonia and its motto 'Macedonia for the Macedonians', they set up some kind of 'autonomous Macedonia' with a hidden motto 'Macedonia for Bulgaria'. Autonomous Macedonia is perceived by the Organization as a separate member in the federation of other states on the peninsula, and the supremacists perceive it as a previous form towards San Stefano Bulgaria, which is only feasible for those who do not look beyond their own noses.

How to liquidate Sandanski?

Already in 1906 at the congress of the Ser district in the Rila monastery, it was decided to eliminate Boris Sarafov, Ivan Garvanov and Hristo Matov, and the decision was supported by Gjorche Petrov, Pere Toshev and Petar Pop Arsov. In fact, Sandanski and his supporters from the Syrian Revolutionary District thus intercepted and prevented the hegemonic plot for the physical liquidation of Jane Sandanski.

Namely, the supreme right in the Macedonian revolutionary movement, led and managed by Matov, Sarafov and Garvanov, through the dramatic duke Mihail Daev, tried to organize an assassination on Sandanski. Todor Panica was also involved in the conspiracy against Sandanski, as an immediate implementer. However, this criminal and inappropriate plan of the leadership of the supreme right was exposed by Todor Panica himself, and then the death sentence was passed by the Ser District Committee of the MRO.

In December 1907 a letter appeared in the public, with the stamp of the Serski District Committee and signed by the members: Jane Sandanski, Chudomir Kantarjiev, Aleksandar Bujnov and Georgi Skrizhevski. The letter, apart from being a kind of posthumous indictment against Boris Sarafov and Ivan Garvanov, as the biggest conspirators of the policy of official Bulgaria in the Macedonian liberation movement, also represented a public announcement of the strategic points of Sandanski and his supporters for the further development of the Macedonian national liberation work.

The death sentence for Ivan Garvanov and Boris Sarafov, on November 28, 1907, in the organization and under the immediate supervision of Jane Sandanski, was carried out by Todor Panica. By the way, Todor Panitsa was Bulgarian by nationality, born in the village of Oryahovo, Bulgaria, on July 2, 1876. He was a long-time revolutionary in the ranks of the Macedonian organization. In 1902 entered the company of Duke Nikola Pushkarov and operated in Skopje, Kumanovo and Kratovsko. In 1904 moved to the Syrian Revolutionary District, where he became close to Jane Sandanski, and in 1905 he became an assistant duke in the Drama District.

Panica, one of the founders and a member of the People's Federal Party (NFP). In the First Balkan War, as a volunteer, he participated with his company in the liberation of Nevrokopsko and Dramsko, and in the First World War he acted as part of the Bulgarian army. After the war, he became a resident of Nevrokop and as one of the prominent representatives of MEFO maintained close contacts with the agricultural government of Aleksandar Stamboliski. He was in conflict with Todoraleksandro's autonomist VMRO. In 1924 he emigrated to Vienna, where he participated in the negotiations during the creation of the May Manifesto.

Todor Panica was killed by the Vanchomikhaylivist VMRO on May 8, 1925, in Vienna. He, like Sandanski, is one of the most denigrated figures by the Bulgarian revisionist historiography, so he was declared a corrupt revolutionary, who was executed by the Bulgarian courts in 1921. was convicted of "illegal and criminal enrichment" during the First World War; for a revolutionary on the payroll of the Serbian secret police and Greek military intelligence; for an active agent of the Comintern, on whose orders he conducted "anti-Bulgarian espionage and treasonous activity".

Read Part One: The supreme leaders were looking for the "head of Sandanski"! (1)