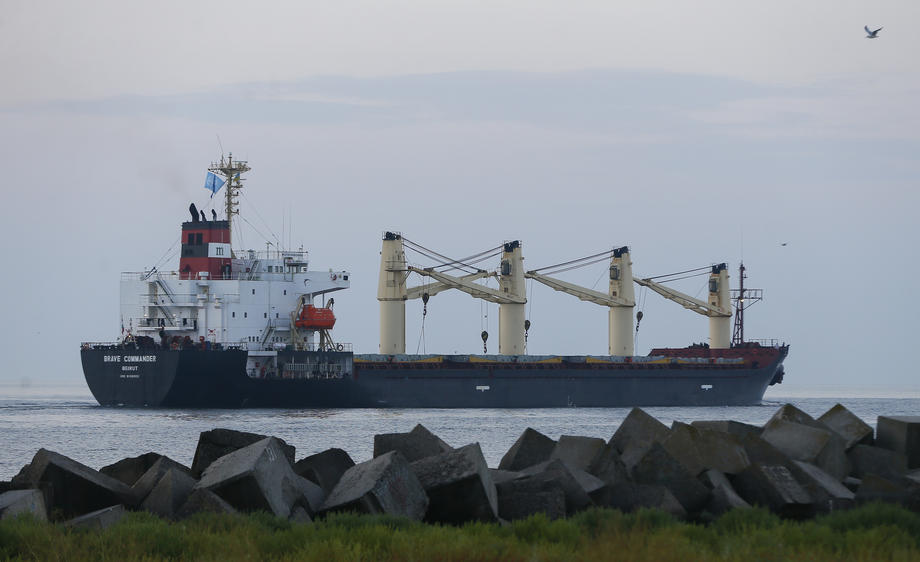 The ship "Brave Commander" left the Ukrainian port of Pivdeni, with the first cargo of humanitarian food aid for Africa from Ukraine since the Russian invasion.

Ukraine's grain exports have been in decline since the start of the war due to the closure of Black Sea ports, a key shipping channel, which has pushed up global food prices and sparked fears of shortages in Africa and the Middle East.

Last month, three Black Sea ports were unblocked, following an agreement between Moscow and Kyiv, brokered by the United Nations and Turkey. It made it possible to send hundreds of thousands of tons of Ukrainian grain to buyers.

According to the Ukrainian Ministry of Infrastructure, "Brave Commander" is carrying 23.000 tons of wheat. The ship was headed for the African port of Djibouti with supplies destined for consumers in Ethiopia.

"The Ministry and the United Nations are working on ways to increase the supply of food to socially vulnerable parts of the African population," the statement said.

From there they add that 17 ships have already left Ukrainian ports with over 475.000 tons of agricultural products.