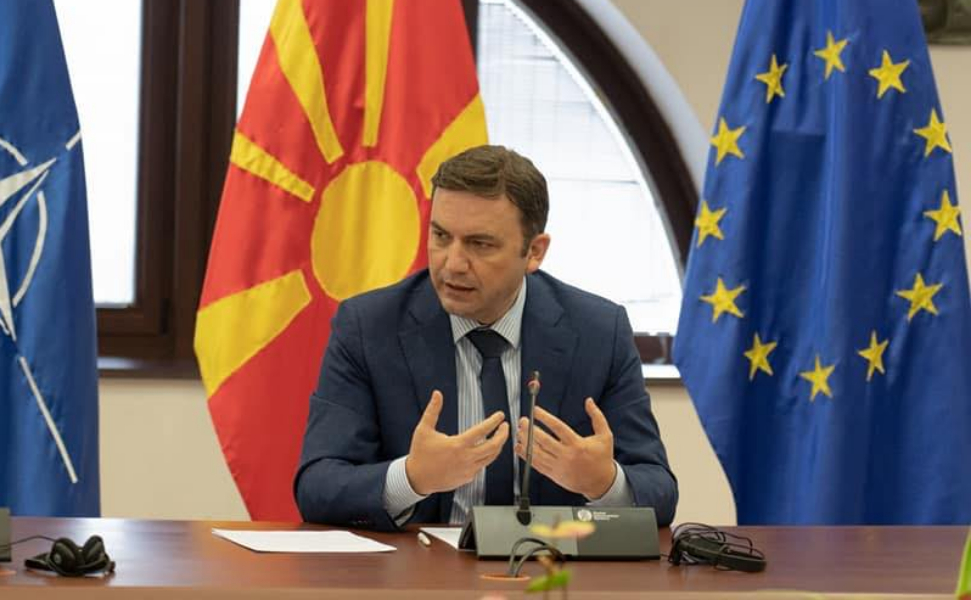 I am open for communication to sit down and talk, our interest is for the Bulgarian community to be established, integrated and in excellent relations with all other communities in the country, says the Minister of Foreign Affairs Bujar Osmani for the Bulgarian portal "Nova".

Speaking about the damage to the cultural club "Tsar Boris Treti" in Ohrid, the minister emphasized that the Ministry of Foreign Affairs was one of the first to react and condemned those events.

- We considered those events to be provocations that try to worsen relations, to hijack the relations between our two countries. I expect the authorities of the state, the Ministry of the Interior to identify them so that we can see who exactly is behind those provocations and who are those malicious people who are trying to worsen our relations, said Osmani.

The minister says that as a government they had reservations regarding the name chosen by that club, because he thinks it is a provocation for our relations.

- This is how the role of these historical figures is perceived in our country. But regardless of the name and views, no one in this country should be subject to attacks, especially not violent ones. We have zero tolerance for attacks especially on smaller communities. No one justifies violence regardless of the name, there are ways to overcome those differences, the feeling of provocation that our citizens have in relation to those names. There is a new legal solution, we can talk to the initiators of those clubs to see how we can turn their ideas for opening clubs into bridges of cooperation. "Violence cannot be the answer, and I ask the state to react most vigorously, and I think it is doing that," said Osmani.

He assessed the Macedonian-Bulgarian relations in recent weeks as "aftershocks" of the great earthquake in the relations we had in the last two or three years.

– If we look at the essential lines of cooperation, the trends are positive. Yes, there are problems and challenges, but we are here to overcome them, concluded Osmani.