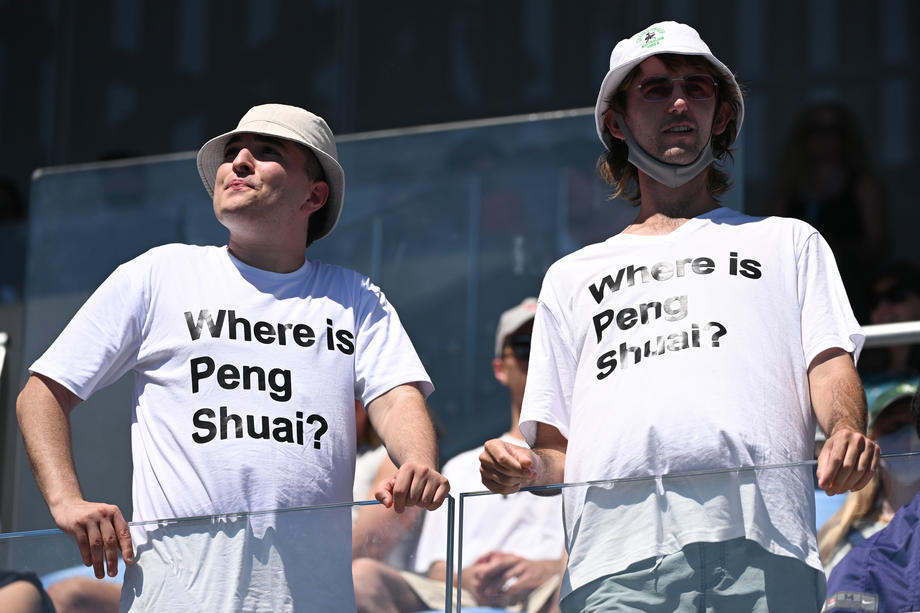 The organizer of Australian Openannounces lifting ban on T-shirts with messages in support of Chinese tennis player Shuai Peng and that after the great criticism of the public.

In the previous days, videos appeared on social networks showing the Australian Open security ordering the fans in the stands to take off the T-shirts that read "Where is Shuai Peng".

The director of the Grand Slam tournament and the head of the Tennis Federation of Australia, Craig Tilly, said that the fans will be able to wear the T-shirts again, until they gather in larger groups and do not disturb the other spectators in the stands.

- If they want to wear such T-shirts, fine. But if someone comes to the stands in order to disrupt the safety and comfort of our fans, then he is not welcome in the stands - said Tilly.

Following the lifting of the ban, activists plan to distribute hundreds of T-shirts with the same inscription during the final match in Saturday, which will be played on Saturday.

Shuai Peng accused former Chinese Deputy Prime Minister Zhang Gaoli of sexual harassment last November and then "disappeared" from the public eye.
Her post on the Chinese social network was explicitly deleted and then for about twenty days there was no information about Shuai Peng's whereabouts. for rape.

Although she occasionally appears in the Chinese public, much of the world public is still concerned about her safety.