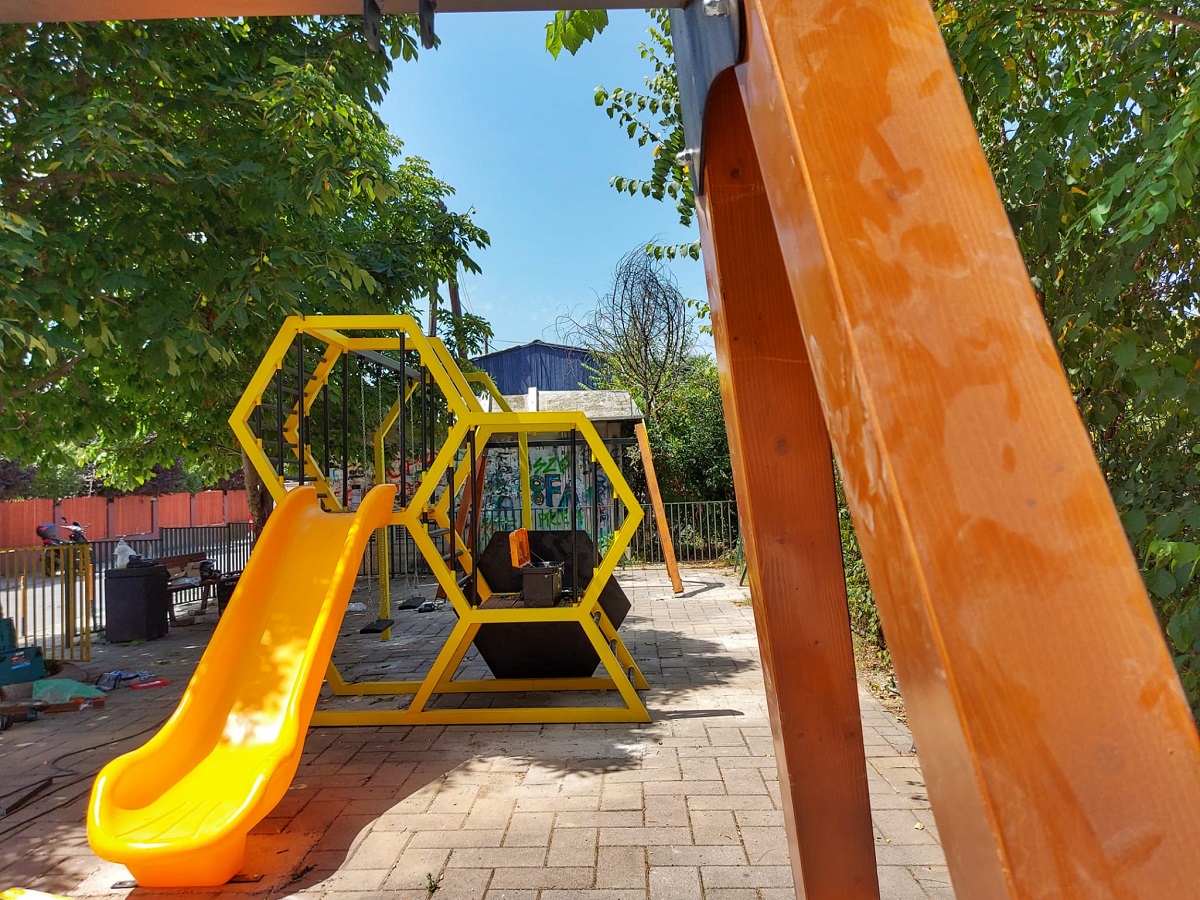 To increase the level of security in the territory of the municipality, uniformed persons from a security agency will perform controls and keep records of the possible destruction of props and damages of another nature at seven locations in the municipality.

One of the constant problems of the local authorities is how to preserve the urban equipment that is installed throughout the municipalities, in the neighborhood parks, even in the City Park, and especially in the children's playgrounds. Seesaws with damaged seats, swings with torn chains, broken skates and even torn props is a common sight in children's playgrounds, which, especially in the evening, are a gathering place for groups of teenagers, some of whom carelessly treat the equipment intended for the entertainment of the youngest.

What the municipal authorities are constantly doing is replacing the props or completely reconstructing the playgrounds, but vandalism often happens right after the new props are installed. The citizens, on the other hand, repeatedly appeal to the municipalities and point out the damaged children's playgrounds, asking the authorities to fix the destroyed - and so on in a circle. At the same time, due to the carelessness of individuals, municipal money is spent on repairing and replacing broken and damaged props, which can be used for other needs if citizens treat public goods more conscientiously.

Municipality of Centar these days he informed that he is taking specific steps to protect children's playgrounds from vandalism, especially those that are most often "under attack". An agreement has been concluded with The company for securing persons and property "Ekot Guard" for security and regular patrols of children's playgrounds and parks in the municipality at night. The value of the concluded contract is 1.982.000 denars, and it lasts for 1 year.

In order to increase the level of security in the territory of the municipality, uniformed persons from the security agency will perform controls and keep records of the possible destruction of props and damages of another nature. The municipality will supervise the work of security guards, playground patrols will take place every day, from 19:00 until 7 in the morning, and the members of the security will, if necessary, be in contact with officials from the Ministry of the Interior - informed by the Municipality of Centar.

When asked why exactly those locations, the Center says that because those playgrounds often suffer damage.

The seven critical points (children's playgrounds and green areas/parks) were selected as locations with the most damage and destruction of greenery, props and other urban equipment. Damage to playgrounds and parks costs the municipality an average of two to three million denars per year. Members of the hired security agency, in addition to these seven points, also patrol near other playgrounds and parks, and also act on a phone call - explained by the Municipality.

The Center appeals to all citizens as soon as they notice any damage and destruction of props and other elements of children's playgrounds, to report them on the phone number 075 219 142, in order to prevent greater damage and enable quick and timely replacement of the destroyed prop.