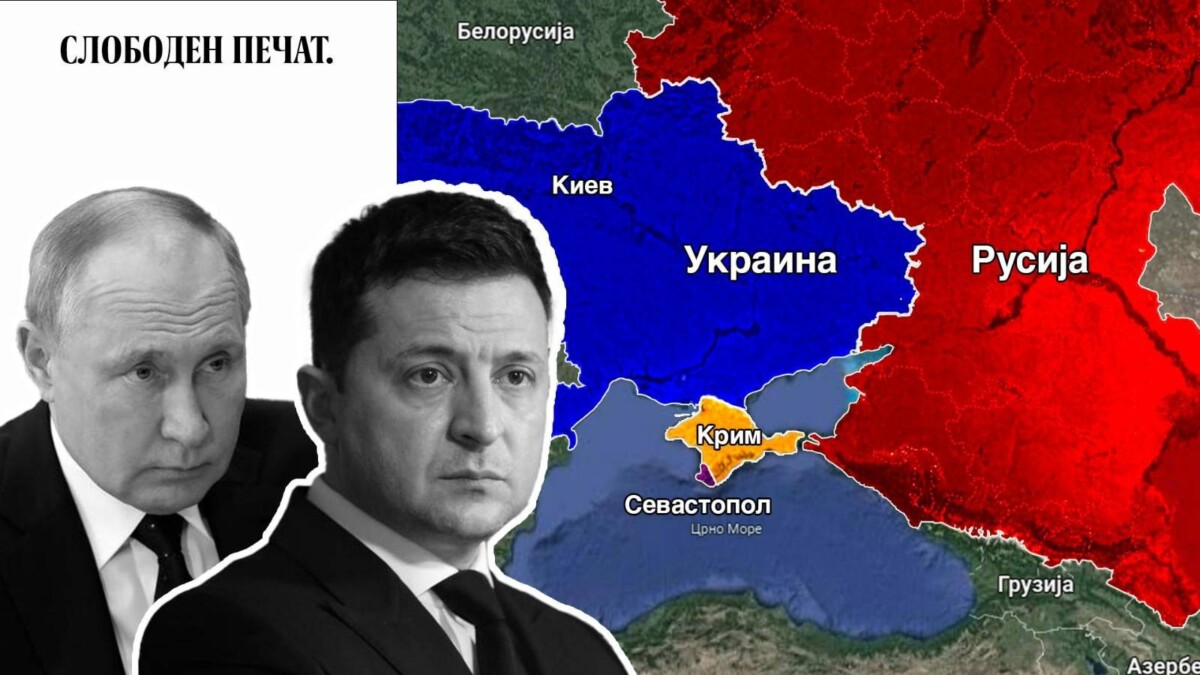 Numerous Western leaders have been discussing for weeks the plan and action to be taken if Russia really attack her Ukraine. The troops are ready, the weapons are rehearsed, the Ukrainians are expecting an invasion at any moment, but the Russians have a completely different picture of the situation.

On state television in Moscow you can see footage of soldiers and tanks firing, barbed wire and snipers, but in this scenario it is not the Russian forces, but the NATO forces that are ready to attack.

According to alternative media in the country, NATO forces are carrying out an action planned for years: to surround Russia, to overthrow President Vladimir Putin and to take control of Russia's energy resources.

Moscow considers Ukraine a failed state that is completely controlled by the "puppet master" as they are called - the United States.

Europe is weak and divided and receives orders from Washington. Even the United States, however strong it may be, is still weak and torn apart by political divisions and racial unrest.

One of the puzzles of this propaganda is the question - how can someone be both a threat and a weak side at the same time?

The leading political information program on the Russian state television "News of the Week" begins with an announcement by the host in which he states.

"Instead of responding to the Kremlin's peaceful initiatives, they bury us with accusations and new threats."

Any hint of disagreement between Europe and the United States or NATO is the main news in Russia, and one of the focuses of the "News of the Week" show was the comments of the German navy chief that Putin "deserves respect" and that "Crimea is gone forever."

The US government's statements were dismissed as "unnecessary", with Putin's spokesman Dmitry Peskov accusing Washington of "information hysteria", "lies" and "untruths", and often showing a map showing Belarus, whose borders are surrounded by NATO forces. The display of these maps is also a response to the Western media daily display of the map of Ukraine surrounded by Russian troops.

The Russians trust the media

It seems to have a media dark effect. A December poll by a non-governmental think tank and a poll found that half of those polled blamed the United States and NATO for the tensions, while only three to four percent blamed Russia.

The poll found that more than half of Russians believe the Ukraine crisis will not escalate into war, and more than a third (39 percent) say they think war is "inevitable" or "very likely." A quarter of respondents said they thought a war between Russia and NATO was possible.

VIDEO | Andonovi:: Croatia, Turkey, Hungary - Who will block the membership of Sweden and Finland in NATO?

In 2021, a record 59 million people were forcibly displaced

How Turkey spoiled NATO's historic moment with Finland and Sweden

Biden on his first official visit to Asia

Bridget Brink will be the new US Ambassador to Ukraine