Pollution in Skopje is declining - inverters, pellet stoves and other measures are yielding results 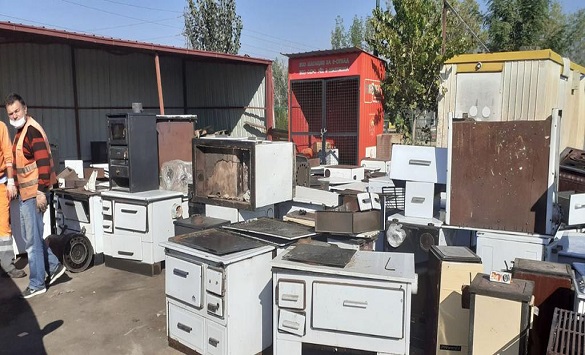 Solving the pollution problem in the capital will be one of the topics that will be talked about a lot in the upcoming campaign for the local elections on October 17. The 12 candidates for mayor of Skopje will have to present their views to the citizens so as not to repeat the devastating data when the capital was at the top of the list of most polluted cities in the world.

In summer, burning of stubble and landfills, as well as traffic, and in winter, heating with biofuels, are the main reasons for the enormous pollution in Skopje. In the past 4 years, we have been actively working on the suppression of the main air pollutants with a series of measures. Namely, the intensified inspections, clearing of illegal landfills, construction of new green areas, new gas buses and the use of the new incinerator for treatment of medical waste in Drisla are just a few activities that the City of Skopje positively influenced these changes.

Several campaigns were conducted in which the citizens directly participate, such as reporting open fires by phone 193 and clearing the stubble, instead of lighting them.

Skopje residents are most directly involved in cycling campaigns, electric scooters, chimney sweeps and inverters, which not only help citizens by subsidizing such "green costs", but also encourage them to think "green", and thus The results in the gradual reduction of pollution in Skopje are also evident.

So far, the City of Skopje has awarded 5.000 inverters, 2.000 pellet stoves, 2.000 chimneys were cleaned and 10.000 were extinguished active chimneys, and due to the reduced price for heat, about 2.000 disconnected homes rejoined central heating. The heating boilers of 100 state buildings have been replaced and they have been eliminated as polluters, say the administration of the City of Skopje and add that with the amendments to the Law on Waste Management adopted by the Parliament at the beginning of last year, the industrial facilities were banned from importing waste from abroad that is used as an alternative fuel, something that until then was done by certain large industrial entities such as the USJE Cement Plant.

- If we take into account that between 80.000 and 90.000 houses burn biomass for heating and in one heating season about a million cubic meters of wood are consumed, when 10.000 of them will switch to an alternative way of heating, that is a 10 to 12 percent reduction in mass polluters and certainly has a significant share in reducing pollution in Skopje. The measures are yielding results. It is a fact that pollution in Skopje has been decreasing for years, but we still need to work to be better. If we continue like this, we will correct ourselves close to the limit values, says for Deutsche Welle the professor Dejan Mirakovski, from the University of Stip who participates in the researches and the measurements of the pollution in RSM.

Pollution in Skopje is continuously declining

In the last few years, the extreme pollution in the capital has decreased, and in anticipation of the latest analyzes performed by an expert team of UNDP, City of Skopje, UGD-Stip and the Ministry of Environment and Physical Planning, the results of the analysis of pollution with PM10 particles in the previous four years show a downward trend on an annual basis. A continuous decline in the average annual level was observed from 2018 (57,39) to last year (47,70), if we take into account that from 2015 to 2017, the average annual level of PM10 particles ranged from 71,30, through 71,91 to 70,03 in 2017.

- Meteorological conditions are factors that affect the reduction of pollution in the part of PM10 particles, but I must mention that there is no statistically significant difference, while PM2,5 particles have a larger reduction but the difference is not statistically significant, but the analysis is very complex and the latest results will be available in a week or two. The restrictive measures for movement due to the pandemic have their share, especially last year, but on the other hand it closed the citizens in the homes, and the share of the traffic in the total pollution in those periods decreased, says Professor Dejan Mirakovski.

Although meteorological circumstances are cited as a factor in reducing pollution, with a comparative analysis between PM10 particles and precipitation, temperature and wind show no correlation between these values. The annual temperature in the period 2015-2020 averaged from 13.70 C ° to 14.54 C ° and the wind for the same period averaged from 2.41 m / s to 2.50 m / s. Only the amount of precipitation varies these years, but no relationship can be established between the level of PM10 particles and the amount of precipitation. That is, the most precipitation does not mean the least pollution or vice versa. If we compare the two years when there was the most precipitation, it can be seen that one has the highest level of PM10 particles (2016), while in the other year (2018) there is a significant decline of the same particles.

In order to reduce the pollution to the limits of normal, it is necessary to work on raising the awareness of the population and economic entities not to use firewood and other biofuels for heating or in industry, as well as active involvement of local and state institutions, he said. Professor Mirakovski.

Can there be cohabitation between the mayor and the councils if they are from different parties?

VIDEO | Croatian biologist warns: Macedonia is facing a severe winter if vaccination remains at this percentage

Cut off from the world: One year without any case, they will not receive tourists again