Omicron is a major risk for Europeans, with flights suspended from Africa 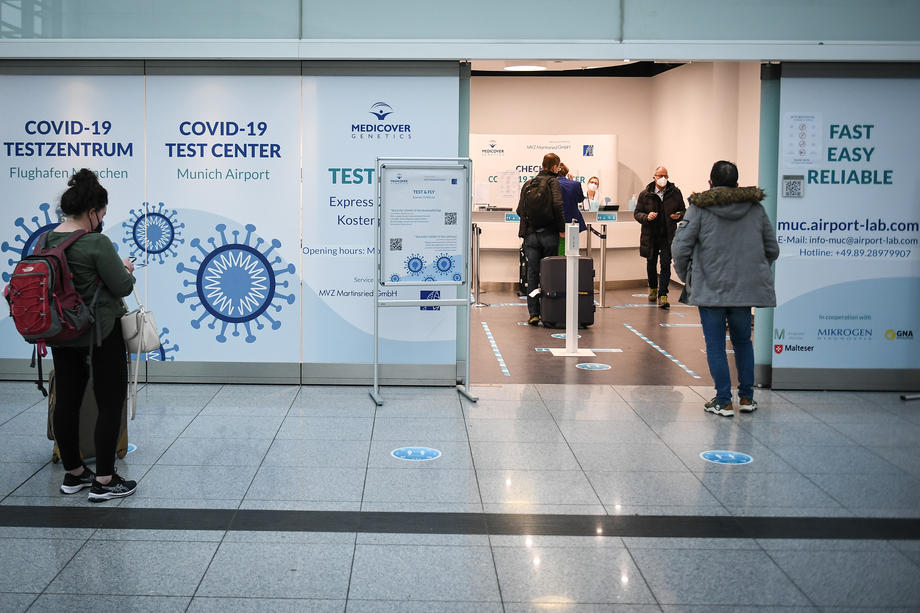 Omicron, the newly discovered variant of the coronavirus that was registered on the European continent yesterday, threatens to seriously endanger Europe. On a European landmaker, the mutated covidium was brought by passengers on two planes that landed in the Netherlands from South Africa, and was soon discovered in Germany. As a result, more and more countries are deciding to suspend flights to the African continent.

What do we know so far?

The newly discovered species of Omicron was discovered in South Africa and was registered in Belgium yesterday.
It is much more contagious than all the variants discovered so far, because it has the ability for a large number of mutations.

There is concern that vaccines, which are designed to prevent the original species, may not be as effective in the case of omicron.

During the day, infection was confirmed in 61 passengers returning from South Africa to the Netherlands, and two cases of the strain were reported in the United Kingdom and one each in Germany and the Czech Republic.
The United States, Canada, Austria, Brazil and most European Union member states have suspended air traffic with African countries.

Fauci: I would not be surprised if omicron is already present in the United States

Dr Anthony Fauci, director of the National Institute of Allergy and Infectious Diseases, said he "would not be surprised" if the omicron variant was already present in the United States.

In a statement to NBC News, President Biden's chief medical adviser said the case of the new species in the United States had yet to be confirmed, but added that nothing could surprise him.

The President of the United States of America, Joseph Biden, said that from next week he will ban the entry of passengers coming from eight South African countries due to concerns about the emergence of a new type of coronavirus detected in the Republic of South Africa. .

Japan and South Korea have said they will restrict arrivals from South Africa and seven other African countries over concerns about a new Covid-19 variant identified in the region.

The South Korean Agency for Disease Control and Prevention said that from tomorrow, November 28, it will restrict the issuance of visas to citizens of eight countries in South Africa, while South Korean citizens returning from the region will be quarantined.

Omicron is a big risk for Europeans

The European Center for Disease Control and Prevention (ECDC) says a new strain of the coronavirus, called omicron, poses a high to very high risk to Europeans and has urged people not to travel to areas where cases of the new mutated virus have been reported.

Bet they never did testing on arrival prior to this. Europe's winter just got a lot harder

Of the 600 passengers on the two planes that landed in the Netherlands from South Africa, 61 were positively tested for a new type of coronavirus. Following the results, Dutch authorities banned all travel from South Africa.

ДCases of the omicron strain of coronavirus have been detected in the UK, Health Minister Sajid Javid has said.

We have been made aware by @UKHSA of two UK cases of the Omicron variant. The two cases are linked and there is a connection with travel to southern Africa.

These individuals are self-isolating with their households while further testing and contact tracing is underway.

Germany's health minister has warned that the omicron variant "has probably already arrived" in Germany, as mutations characteristic of the variant were detected in a passenger returning from South Africa.

The #Omicron-Variante is very similar to any other country of origin in Germany. A Thread by @CiesekSandra and @stm_klose (@SozialHessen):

The Czech Republic and Hungary have already started investigating new cases, while Italy, Slovenia and Croatia have suspended flights from African countries where there has been an infection with the omicron mutation.

Scientists: Omicron comes from someone who was infected with the corona

Scientists say the omicron may have originated in someone who was already infected with the coronavirus, as was the case with the British (alpha) strain, which was created by a virus that mutated in a person with impaired immunity.

How variants like #omicron develop and what makes them #VariantsOfConcern' https://t.co/CrOQUTowSJ

The World Health Organization says initial evidence shows that even those who already have covidium can become infected with omicron.
Omicron has 30 mutations in it which explains why it spreads so easily.
Virologist Lawrence Young described the omicron as a strain of the virus that has the most mutations to date, including those not seen before.

Most of the infected are young people

2.828 new cases of the omicron variant have been reported in South Africa. Most of them are young, which raises concerns among health professionals around the world.

Moderna has announced that it intends to develop an enhanced dose of an antioxidant vaccine specifically targeted at a new species of omicron, discovered in South Africa and described by the World Health Organization as "worrying".

News of new Nu variant, but WHO is jumping the alphabet to call it Omicron, so they can avoid Xi. pic.twitter.com/UJ4xMwg52i

Why is the letter "xi" skipped?

The decision to name the variant caught the attention of many, as two letters of the Greek alphabet were skipped, leading to speculation that the WHO had decided to avoid the wrath of China, namely the letter "xi" (gzaj / ksaj) and any allusion to the Chinese president Xi ("Xi" in English) Jinping.

The EU is discussing a potential increase in gas supplies

Scholz: Raising the minimum wage is a matter of respect

Due to the spread of coyote, Hong Kong will kill hundreds of hamsters