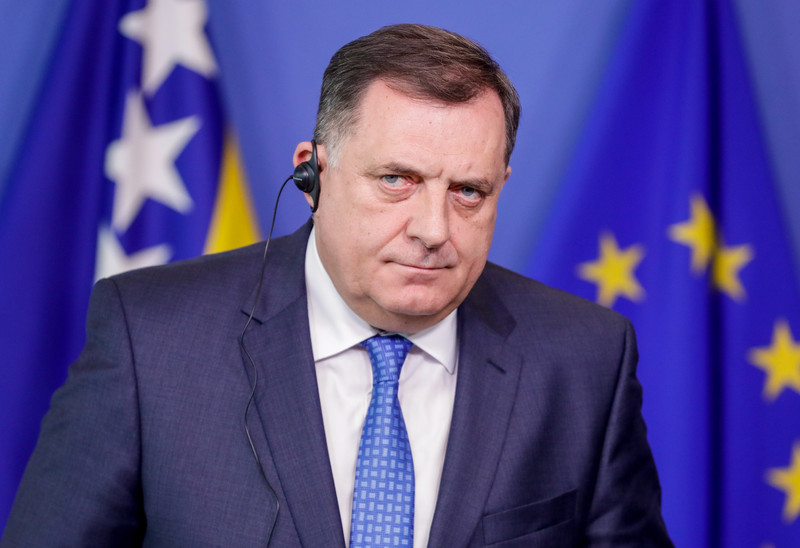 The German government has stopped the delivery of 120 million euros in aid to Republika Srpska because of the "secessionist behavior" of its leaders. This primarily concerns Milorad Dodik, a member of the Presidency of BiH, who will run for President of Republika Srpska in the October elections. In addition to suspending funding, Germany and other European Union countries will also consider a new package of sanctions that will target RS politicians.

The high international representative in Bosnia and Herzegovina, Christian Schmidt, confirmed that the German government stopped 120 million euros in aid to Republika Srpska due to "secessionist behavior".

"Those who thought they would continue to behave as they were used to until now, are a little disappointed. It is true that I do not want to scare people, but I will say very clearly that the Dayton Peace Agreement is a red line for me. I hope they will understand that I am ready to exercise my powers in Bonn, even though I don't want to," Schmidt said.

The current conflict between the authorities of the RS and the high representative of the EU is the Medicines Agency of Republika Srpska.

Last year, the Assembly of Republika Srpska adopted the Law on Medicines, which provided for the return of the competence to sell medicines. The main reason cited by RS leaders is the situation at the height of the corona virus pandemic, when the Medicines Agency of BiH banned the use of oxygen in the RS healthcare system.

Banjaluka's plans in Sarajevo are described as unilateral steps, and legal experts there question the possibility of introducing parallelism in the work of drug agencies in Bosnia and Herzegovina, that is, two agencies with the same competence acting simultaneously.

A permit from the Border Police of BiH is necessary for the import of medicines, which RS, according to official Sarajevo, will have difficulty obtaining.

For this reason, the chairman of the BiH Presidency, Sefik Dzaferovic, submitted a request to the Constitutional Court for an evaluation of the constitutionality of the Law on Medicines of RS. The court also requested a temporary suspension of the law until the final decision is made.

Schmidt is awaiting the decision

"This is a very serious attack on the integrity of Bosnia and Herzegovina as it is organized, agreed and exists on the basis of the Dayton Peace Agreement," the senior official said earlier, adding that no one disputes Republika Srpska's right to Bosnia. and Herzegovina.

Although Germany and other EU countries are now considering sanctions against RS leaders, Britain and the US have already sanctioned federal presidency member Milorad Dodik and current RS president Zeljka Cvijanovic.

Dodik has been on the US "blacklist" for years, while Great Britain is the first European country to sanction the leader of the Serbs in Bosnia and Herzegovina.

In addition to Dodik, the current president of Republika Srpska Zeljka Cvijanovic was also on the list of Great Britain's sanctions.

Today, Vucic and Kurti have separate meetings with Stoltenberg