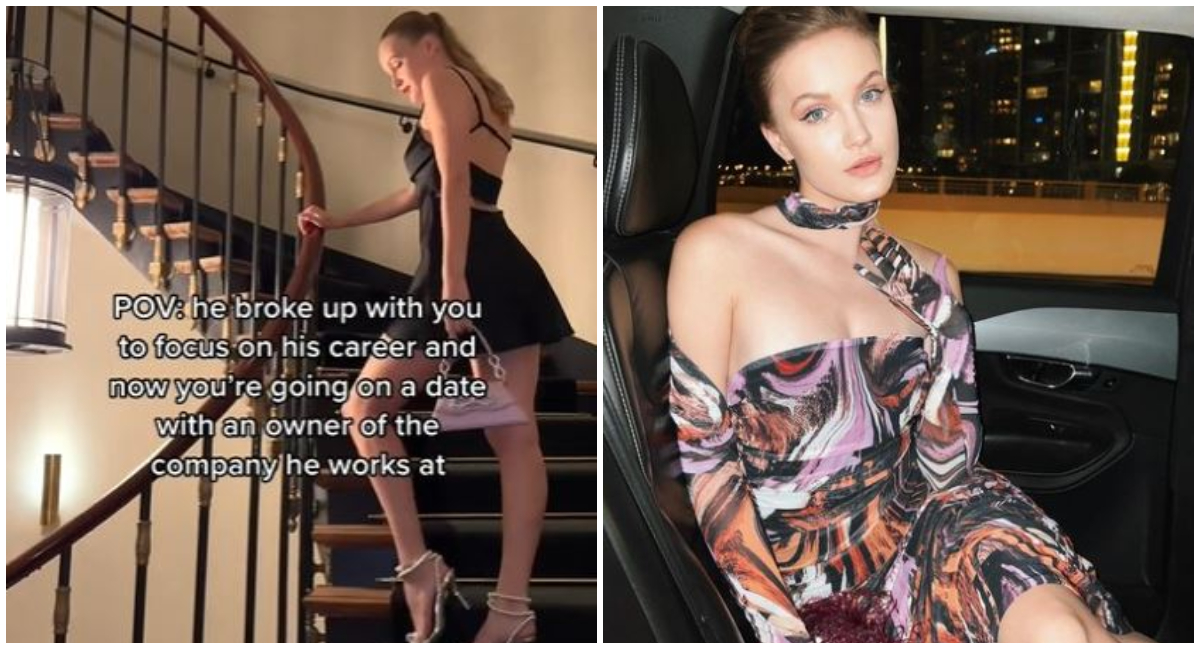 The millionaire Polina Nioli posted a video in which she says that her boyfriend left her so she could dedicate herself to her career. Now he goes out with his boss.

The 26-year-old Russian actress, film producer and blogger, with a fierce revenge healed her broken heart. In a recent post on TickTock, she revealed how she retaliated against her ex-boyfriend who decided to end their relationship by having more time to focus on his career.

The video shows Paulina in a short black dress, pink bag and silver high heels descending the stairs. He writes in the video. "He broke up with you because he wanted to focus on his career, and now you're having fun with the owner of the company where he works."

Since its release, the video has been viewed 1,2 million times and has over 1.500 comments, some of which are very interesting.

"A guy's move", "He did not want to invest in her and her career, so she found someone who would do it. "That's how it should be." "Powerful move", "You are my inspiration", are some of the comments.

However, not everyone was so "enthusiastic" about Polina's revenge tactics.

"I actually respect him for his decision," "I'm glad he went on with his life, he will find someone who will appreciate him," are some of the other comments.

Some, however, asked if the tactic was in fact a covert way to find a rich partner, to which Polina replied:

"My dears, I have millions and a company with more than a hundred employees. Do you think I should date someone who is worse than me? No thank you".

"At least it works. I do not see anything wrong with what happened. People have no obligation to stay in a relationship that does not suit them. "She put herself first," commented another follower.

Joke of the day: Marriage

Conversation with "IA Center": The idea is to expand the network of collaborators on the Balkan, European and world level

A Mexican mayor married an alligator

Boško Lepčeski: Galician masters make a brand, but the cheese is not paid as much as it is worth

Joke of the day: Got up