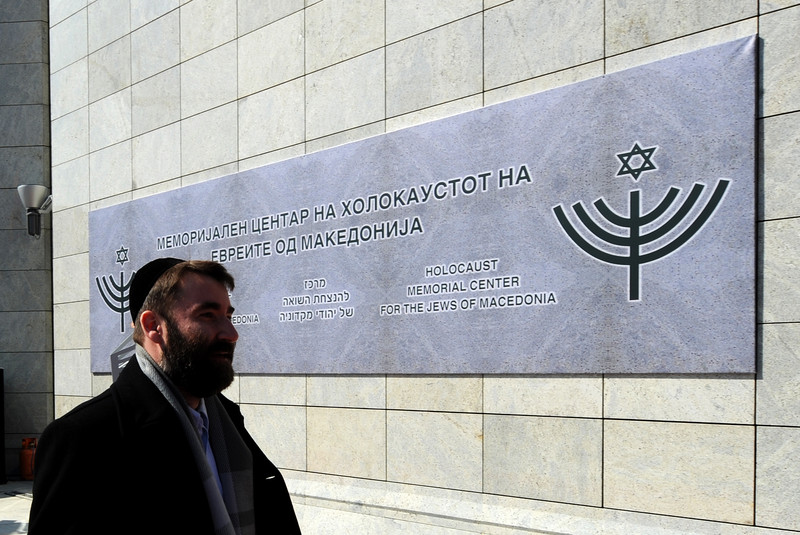 Organized by Ministry of Foreign Affairs, today in the premises of The Holocaust Memorial Center - Skopje, will be held commemoratively celebration of January 27 - International Holocaust Remembrance Day.

The event will be hosted by Deputy Foreign Minister Fatmire Isaki, and will addressaand the Minister of Diaspora of the State of Israel, Nahman Shai, the President of the Assembly of the Jewish Community in the Republic of Northern Macedonia, Radojka Helman-Denkovska, The Ambassador of Greece in the capacity of IHRA Chairperson, Rusos Kondouros, Eric Meyer, Deputy Chief of Mission at the US Embassy, ​​and Catherine von Schneurbein, European Commission Coordinator for Combating Anti-Semitism and Promoting Jewish Life.

The addresses of the high guests, as announced by the Ministry of Foreign Affairs, follow panel discussion on the topic "The Republic of Northern Macedonia - 35th Member of the International Alliance for the Remembrance of the Holocaust (IHRA): Activities and Measures in the Fight against Holocaust Perversion and Anti-Semitism and the Role of the IHRA in These Areas ".

Zabrcanec: With the Open Balkans we become a market of 12 million inhabitants and a large investment zone

"Advanced growers": We demand at least 20 denars per kilogram of grapes

VMRO-DPMNE: The flood in Suvodol is due to inexperience, unprofessionalism and non-compliance with mining documentation

SDSM: Defendants in "Criminal Parcels" were donors of VMRO-DPMNE and Arsovska

SDSM: Mickoski admitted that the mayors abused the lighting, to say who they are

Nikoloski: If the government immediately pays the subsidies to the tobacco growers, a big protest will follow