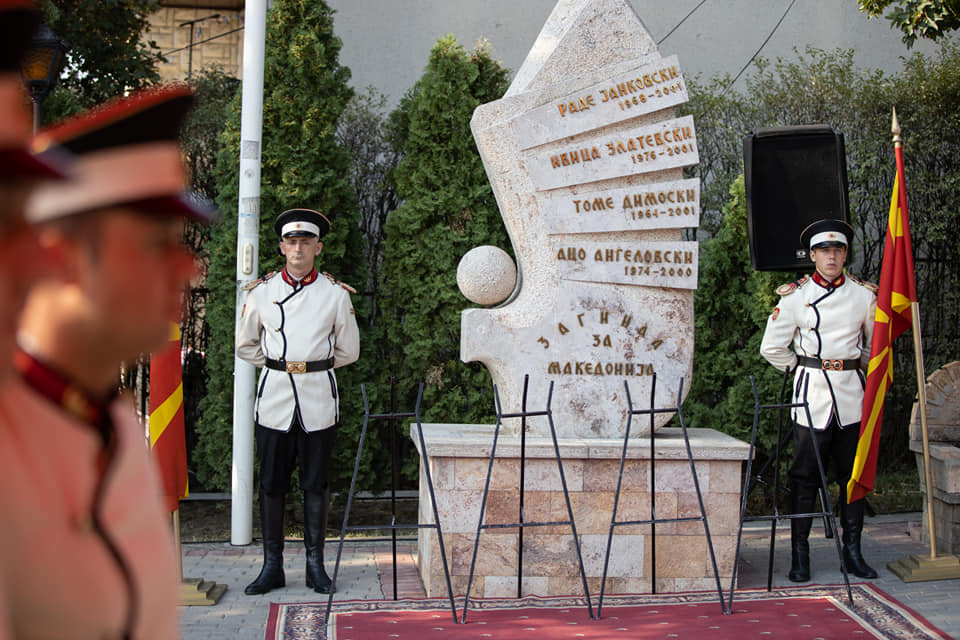 In the Municipality of Gjorche Petrov today, the 21st anniversary of the death of the defenders near Ljubotenski Bachila was marked at three locations. Numerous delegations, family members, representatives of political parties and associations paid their respects at the central event, which was held at the Veterans Memorial in Volkovo.

Flowers were also laid at the memorial fountain of Tomislav Nastevski-Bumbar and at the Monument to the defenders in the regional park.

As informed by the Municipality of Gjorce Petrov, Mayor Aleksandar Stojkoski addressed the audience. He emphasized that Rade Jankovski, Ivica Zlatevski, Tome Dimovski, Tomislav Nastevski and Aco Angelovski, who was killed in January 2000, but who is being honored today, along with the others, are heroes that, as he said, Gjorce Petrov is proud of. .

- This monument is our pride. The fallen heroes whose deeds we honor today represent the image of the Macedonian nation, which has a long history of patriotism, sacrifice and honor. This is a nation that has fought many battles to keep the country free and free from threats, Stojkoski said.

Only in this way, as he emphasized, will we preserve the tradition and hide the memories from oblivion.

- I don't have enough words to express my respect for the defenders. I am proud that these brave fellow citizens of ours will remain forever etched in Macedonian history. We Macedonians are a symbol of disobedience. This country has gone through and overcome thousands of difficult and tragic setbacks, starving times. But this country also gave great heroes. Eternal glory to the brave defenders, added Stojkoski.

In memory of the eight defenders and members of the Army who lost their lives near Ljubotenski Bachila in the conflict of 2001, today the Minister of Defense Slavjanka Petrovska and the Chief of the General Staff, General Vasko Gjurchinovski, laid a wreath at the memorial at Ljubotenski Bachila.

As announced by the Ministry of Defense, in honor of the dead, and as part of the series of commemorations of this event, Minister Petrovska as the leader of the government delegation, which included the Defense Advisor to the President of the Government Dragan Vasilevski, laid a wreath in front of the memorial plaque of the fallen defenders in the "Ilinden" barracks in Skopje.

SDSM in counterattack: Did Kovacki give both military and secret information and was a spy against the state?

Zajkova: Instead of attacking each other, the political youth should unite and act in the interest of the youth

MTV journalists on a three-day training for journalistic stories

Bishop Mr. Parthenius concelebrated at the solemn Liturgy of the Holy Sepulchre

The old part of Ohrid was an island - the lake spread wider, the research showed