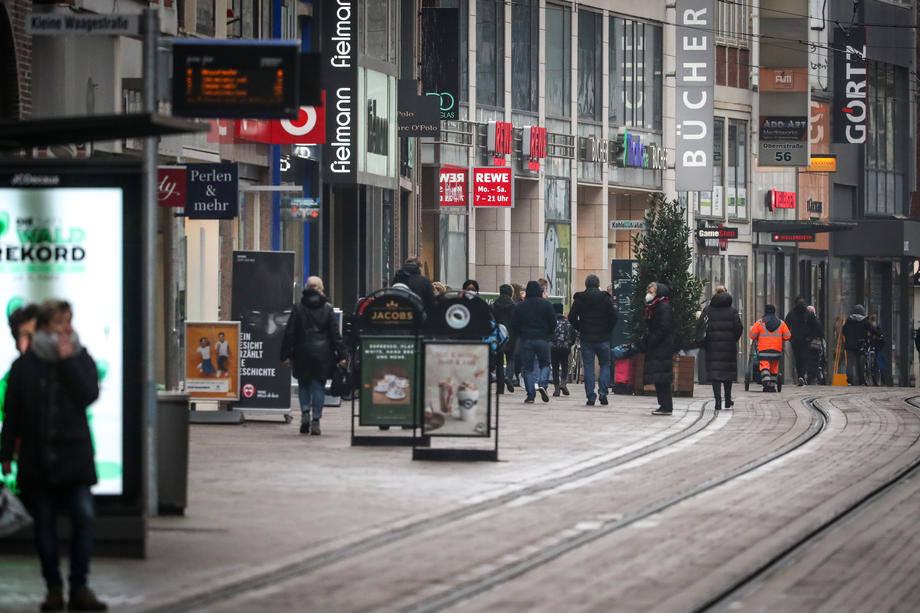 The German economy has suffered huge damage since the beginning of the pandemic, the German Institute for Economics (IV) in Cologne said today.

"Since the beginning of the pandemic, the German economy has lost 350 billion euros in value added, mainly due to drastically reduced private consumption," said an IV report by German media.

According to the forecast, even if GDP reaches pre-pandemic levels by the end of 2022, there remains a "huge difference" compared to the assumption if the pandemic never occurred.

"The gap created by the fall in value added and revenues will only be filled if we witness strong economic growth in the coming years," the IV report said.

According to IV calculations, in the last two years the pandemic has caused a reduction in private consumption of 270 billion euros due to closure measures and difficulties in the delivery of goods.

IV economists also note a "change in behavior" among consumers.

- Citizens were afraid to go to cinemas and restaurants for fear of becoming infected, even when it was possible again. The money ended up being saved instead, says Michael Gromling, author of the IV analysis.

The so-called Economic Sages, a group of representatives of leading German economic institutes, estimate that after the normalization of the situation with the flow of goods, there may be a sudden release of investment and consumption, which can positively affect the rapid recovery of the economy.

Russia claims its military has destroyed 700 military targets in Ukraine