From the hero of Hotel Rwanda, to a prisoner sentenced to 25 years in prison 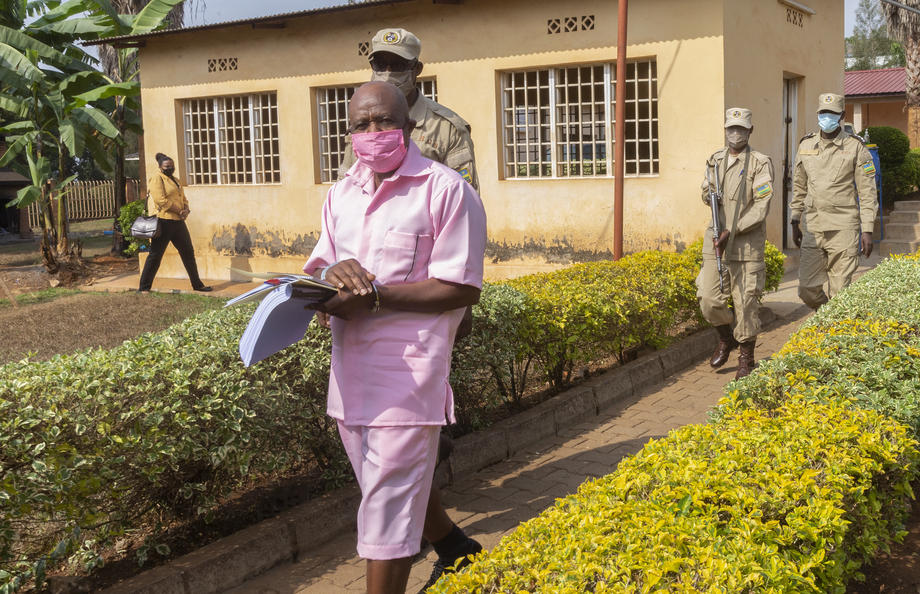 A Rwandan court has convicted Paul Rusasabajini, a former hotel manager, of being portrayed as a hero in a 1994 Hollywood genocide film after declaring him a member of a group responsible for terrorist attacks. He was sentenced to 25 years in prison.

"Русасабаџни "he is guilty of being a member of a terrorist group and of complicity in terrorist activities," said Judge Beatrice Mukamurenci.

"His terrorist act caused death." she said, finding him guilty because he was part of a terrorist group - MRCD-FLN.

The court found that Rusasabadzini provided financial and logistical support to the armed wing of the opposition movement of which he was a co-founder.

That armed wing, the National Liberation Front (FLN), is responsible for the deadly attacks in Rwanda in 2018 and 2019, the court said.

The prosecution sought life in prison on nine counts, including terrorism, arson, taking hostages and forming an armed rebel group led by a foreigner, but the court ruled "to reduce the sentence to 25 years "because Rusasabadzini" confessed to some crimes and asked for forgiveness "and because this is his first sentence, the judge said.

Rusasabadzini, 67, denies all charges and boycotted the March trial.

His adopted daughter, Karin Canimba, condemned the verdict, which she said was "passed" by President Paul Kagame, whom he accuses of being behind the kidnapping of her father and bringing him to Kigali.

The case has been closely monitored since Rusasabajini was arrested last year after arriving from Dubai.

Rusasabajini was portrayed as a hero in the 2004 film Hotel Rwanda, starring Don Cheadle.

After that, Rusasabajini, who moved to the United States, became a prominent critic of President Kagame.

Rusasabajini denies any involvement in the group's attacks, which killed nine people, and his supporters call the trial a sham and evidence of Kagame's ruthless treatment of political opponents.

Rusasabajini became world famous for his film, which shows how he risked his life to take hundreds of people as the manager of a luxury hotel in the Rwandan capital, Kigali, during the day-to-day genocide, when ethnic Hutu extremists killed more than 800.000 people. , mainly from the Tutsi minority.

Ciddle was nominated for an Oscar for the role, and Rusasabajini used his newfound fame to highlight what he said was a violation of rights exercised by the Kagame government.

Rusasabajini's trial began in February, six months after he arrived in Kigali on a flight from Dubai. His supporters claim he was abducted, and the Rwandan government has said he boarded a private jet for fraud.

The United States, which awarded him the Presidential Medal of Freedom in 2005, the European Parliament and Belgium have expressed concern about the circumstances of his arrest and the fairness of his trial.

Russian hackers constantly attack Microsoft: "Sabotage is not their goal, we know what they want"

The new Bundestag: The largest and most diverse ever

The EU warns of a difficult flu season ahead

Why is Biden hiding documents that could reveal the truth about Kennedy's assassination?

EU energy ministers without concrete solutions to the crisis

A cyber attack on gas stations has left Iranians without fuel