As of today, only three vaccines can be entered in Kosovo 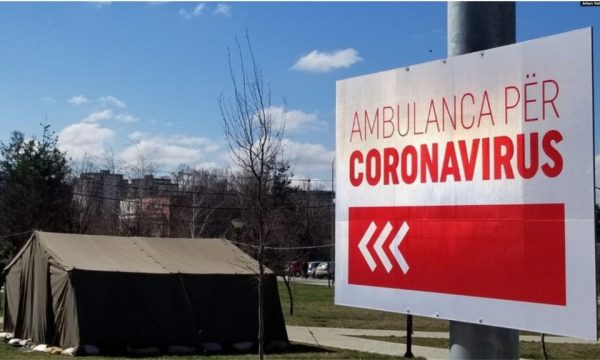 After a sharp increase in the number of patients with cove-19, the Kosovo Government brought last night new measures to prevent the spread of the pandemic, according to which, among other things, from today to enter the country it is necessary to submit a certificate for receiving three doses of vaccines, or two vaccines and a negative PCR test, not older than 48 hours.

From the obligation to submit vaccination certificates upon entry into Kosovo persons traveling in transit, foreign diplomats, children up to the age of 12 and persons having a medical certificate that they have been exempted from vaccination are exempted.

Kosovo citizens who have not received two vaccines, after returning to the country will have to undergo seven-day quarantine in their homes. All employees in public institutions will be required to receive a certificate for at least two doses.

With the new measures, the so-called curfew, ie the ban on movement, instead of midnight, from today will last from 22 to five o'clock in the morning. The working hours of the catering facilities are also shortened, which, instead of until 23 pm as before, will be able to work until 21 pm, with the music being allowed until 20.30:XNUMX pm.

The operation of nightclubs and the organization of festivals, concerts, weddings and engagements are prohibited, while only the closest relatives are allowed to attend funeral ceremonies.

The decision, which takes effect today, is valid until February 4.

In the explanation of the new measures, the Government refers to the latest epidemiological situation, after the increase of cases with covid-19. Although according to Kosovo Institute of Public Health the situation is considered stable, however it is said that the danger remains, due to the dominance of the variant omicron of the virus.

In recent days in Kosovo there has been a sharp increase in the daily numbers of infected, so that only on Friday were registered 2.943 new cases, or almost 25 percent of those tested. The official number of active patients in the country, from about 700, as it was two weeks ago, reached 12.396 yesterday, while medical experts expect to maintain the negative trend in the coming period.