Prosecution initiates proceedings for five protesters from Tetovo, all go into custody 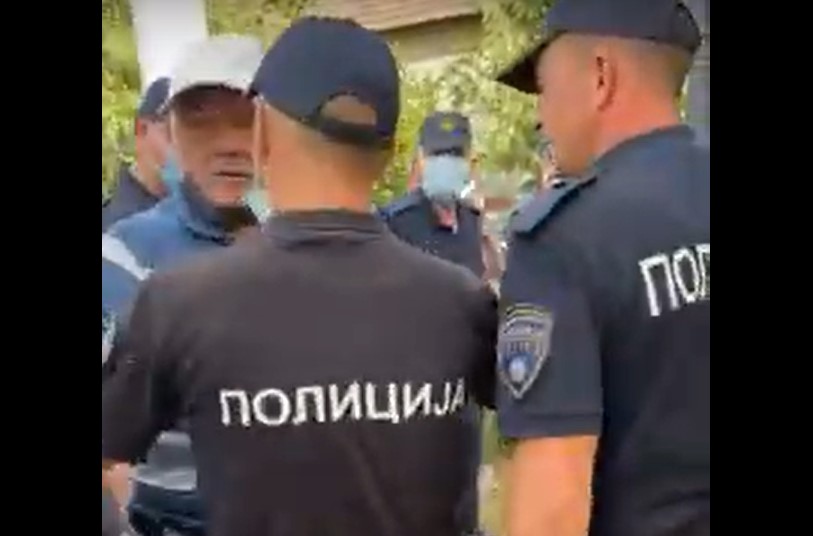 The Basic Public Prosecutor's Office of Tetovo, after a report was submitted by the SIA Tetovo, initiated proceedings against five people for whom there is a reasonable suspicion that during yesterday's protests in the city, they committed the crime - Participation in a mob that will prevent an official from performing an official action. Article 384 paragraph 2 of the CC.

For four of them, a procedure is conducted for a criminal act - Attack on an official while performing security duties under Article 383 paragraph 2 in conjunction with paragraph 1 of the Criminal Code, said the Prosecution.

"Due to the need for uninterrupted criminal proceedings, especially due to reasonable suspicion that the suspects will hide or flee, as well as that there is a possibility to repeat the crime, the Tetovo Prosecutor's Office submitted a proposal to the competent court to determine the measure of detention . "The pre-trial judge at the Basic Court in Tetovo accepted the proposal of the prosecution and with a decision the suspects were detained for 8 days each." is added to the statement.

US Embassy on the occasion of the local elections: We applaud the citizens of Northern Macedonia