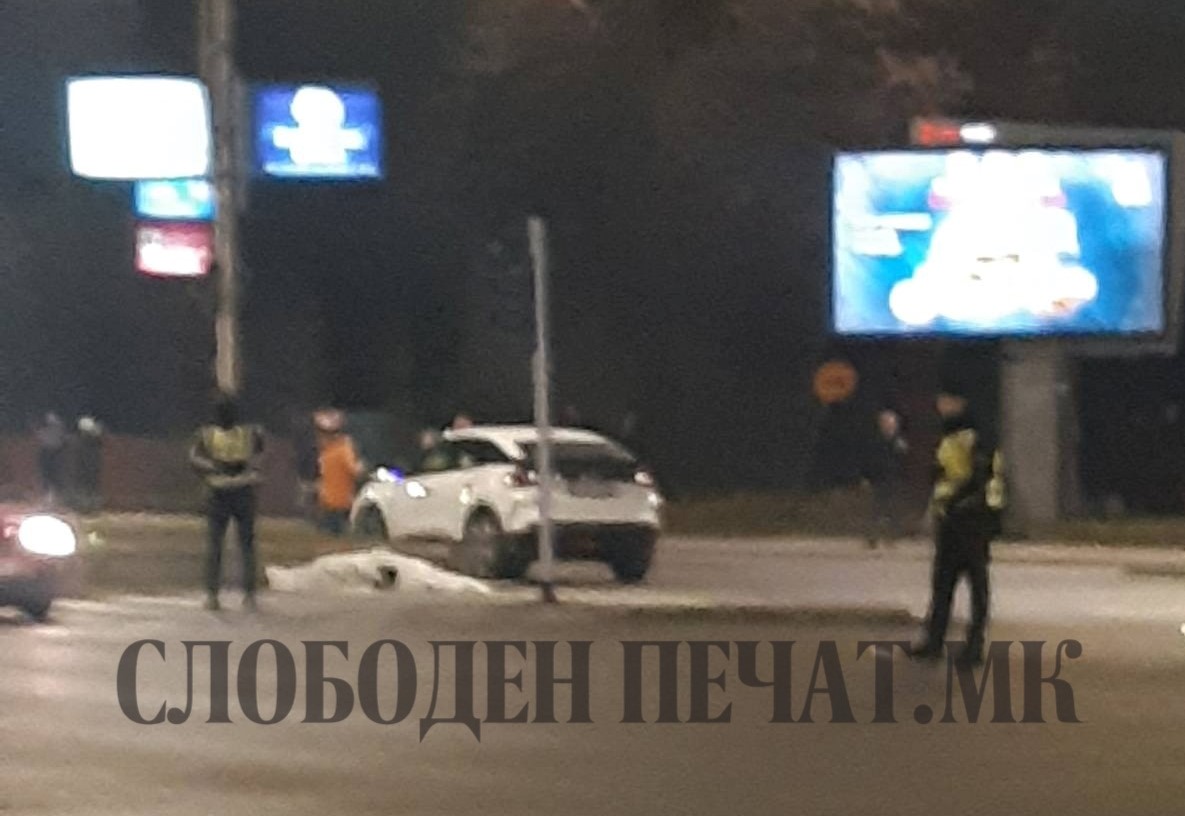 The prosecution asked 22-year-old J.Lj., the driver who was driving the car "Citroen C4" when the young Victoria N. was killed last night. from Radovish, to be remanded in custody.

The driver will be charged with serious offenses against traffic safety with fatal consequences after yesterday hit two pedestrians at a pedestrian crossing at the intersection at City Mall, killing a 24-year-old girl, and her boyfriend and peer were taken to hospital with injuries.

"On January 20, the suspect, as a participant in the traffic on public roads, was driving a passenger motor vehicle Citroen C4 on the boulevard" Partizanski Odredi ". When he came to the intersection with the streets "Moskovska" and "Ljubljanska", where the traffic lights - traffic lights were excluded from the program and worked with a flashing yellow light, he acted contrary to Article 19 of the Law on Road Traffic Safety, ie although he was obliged , did not pay attention to pedestrians on the road. Contrary to Article 35, approaching a marked pedestrian crossing, the suspect drove the car at a speed of more than 50 kilometers per hour, which prevented him from stopping the vehicle in time in case of need. With the front part of the vehicle, he hit two pedestrians who were passing by the marked pedestrian crossing. The injured girl received severe bodily injuries and died on the spot, while the other pedestrian was injured and taken to hospital, "said the Prosecutor's Office.

The suspect driver left the injured people helpless and remained in his vehicle until the arrival of the inspection team, according to the Prosecution.

"Because there are circumstances that indicate a danger of escape, the possibility for the suspect to influence witnesses or experts and thus hinder the criminal proceedings, as well as a justified fear that he might repeat the crime, the competent public prosecutor to the pre-trial judge from "The Basic Criminal Court in Skopje submitted a proposal for determining a measure of detention," the statement added.

Meanwhile, the injured boy of the 24-year-old woman from Radovis was released for home treatment. There were bruises on the pelvis, said the director of the hospital where he was examined. He is in a serious mental condition, visibly shaken by yesterday's tragedy. The prosecution also requested the recordings from the surveillance cameras at the crossroads, "A1on" writes. Victoria's body was given for autopsy, after which it will be handed over to the family. The driver who killed her was examined for urine and blood samples to see if he was driving under the influence of alcohol or drugs.