Nutritionist Tanja Turundzieva: When you enter menopause, forget about white bread and sweets 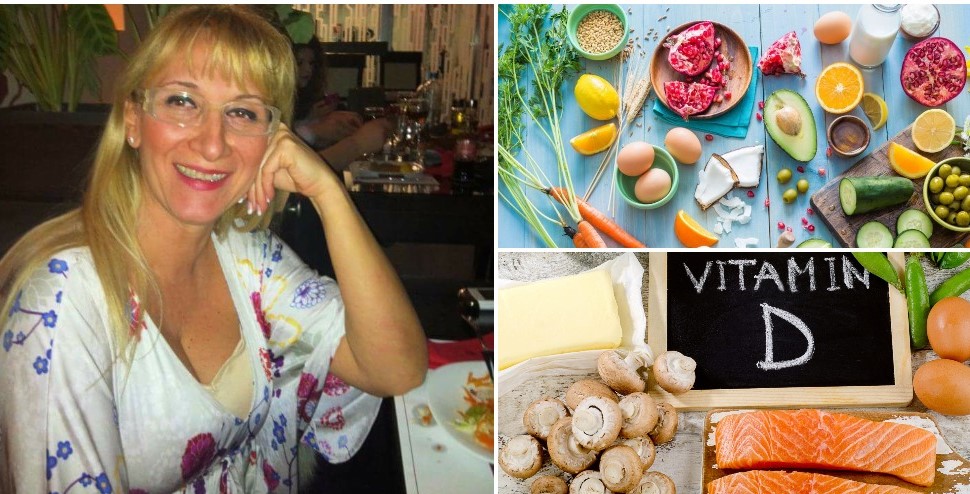 It's illogical when a woman's story ends with marriage. I admire and support all those women who constantly pay attention to their figure and their appearance. They do it because they want to have a beautiful and healthy old age and I am very glad that lately the young woman is very careful about her diet.

There was a period when cooking was a taboo topic, and the word housewife seemed "terrible" in our area. Any woman who cooked at home and was devoted to her family was considered a "backward" woman, which she would not agree with.

Menopause should not be a taboo subject

Menopause was also one of the forbidden topics and it is still a difficult stage in a woman's life. In that period, the woman absolutely forgets about herself, does not pay any attention to herself, simply lives in a straight line. Contrary to our practice, the western woman in that period enjoys that older maturity, because she pays attention to herself. He walks a lot, drinks a lot of fluids, pays attention to his diet, devotes himself to reading books, attending cultural events, traveling and everything that would make life longer and happier. Another paradox for our women compared to Western women is the increasing presence of osteoporosis, even though we are considered to have a sunny climate, where a lot of dairy products are consumed due to calcium, while in the West it is something that is rarely eaten. but because they consume a lot of nuts, drink a lot of fluids and take in nutrients, which make a woman happy. This is very important because it is a period when a woman falls into frequent depression, feels forgotten and then begins to gain or lose weight dramatically. It is rare to see an older woman with a good line - either she is extremely thin or she is extremely overweight, which means that we have a real problem at that stage, precisely because of abstinence from certain nutrients and forcing others, as well as because of energy loss. and carelessness for oneself. In that period of menopause, the number one nutrient is soy - of course we are talking about organic, non-hybrid soy, without GMOs, which supplies the body with all the necessary phytoestrogens that we already lose when we enter menopause. The estrogen that has protected us throughout our lives is suddenly gone, and it is during this period of menopause that we are most fragile. Then we really need to pay close attention to our diet. Certain nutrients should already be permanently forgotten - white bread, soft, various cheeses, because it has been proven that plant calcium is absorbed much faster in the body than animal, which is deposited and then there are problems with increased lipids, diabetes, increased pounds, a burden on the liver and kidneys, and anything that can irritate the endocrine system instead of doing good to the body.

Over the years, we also become aware that weight gain is very fast, but it is much harder to lose weight, so we should be careful not to accumulate and deal with them, despite the health problems that occur in a woman in late adulthood.

Nutritional recommendations in a woman's diet

There are certain foods that, in addition to the benefits of the body, will contribute to a woman to be beautiful and happy. Seasonal fruits and vegetables should be present in a woman's daily life. In their season, strawberries, peaches, watermelons, grapes, pineapples and figs are the fruits that make a woman beautiful, and like all other fruits, they should be eaten in the morning. From the nuts I would single out the raw almonds and walnuts, as something that gives beauty to the hair, bones, teeth, skin and nails (no more than 20 or 5 nuts per day), then I would single out the sunflower and flax seeds, as well as for all those who have a problem with calcium, sesame seeds. Flax and sesame oils are essential for protecting the body from various problems in different periods of a woman's life, such as calcium deficiency, anemia, constipation… I would single out root vegetables such as carrots, celery, white stalks , then avocado, which is not specific to this region, but leads in terms of beauty in women. Next are peppers, onions, garlic, leeks - all vegetables that contain specific essential oils, which improve immunity and simply beautify us. Then there is the tomato, which is very healthy for the female body because of the lycopene it contains, which protects a woman from breast and reproductive cancer. Legumes are also very important, meaning lentils, green beans, chickpeas, then organic soy, fish that should be present at least three times a week, mushrooms - everything that will contribute to a healthy and good female metabolism. The presence of gluten-free cereals, especially quinoa and amaranth, in addition to millet and buckwheat, as well as polenta and corn is important due to the presence of beta-carotene and beneficial carbohydrates that help calm the nervous system and metabolism.