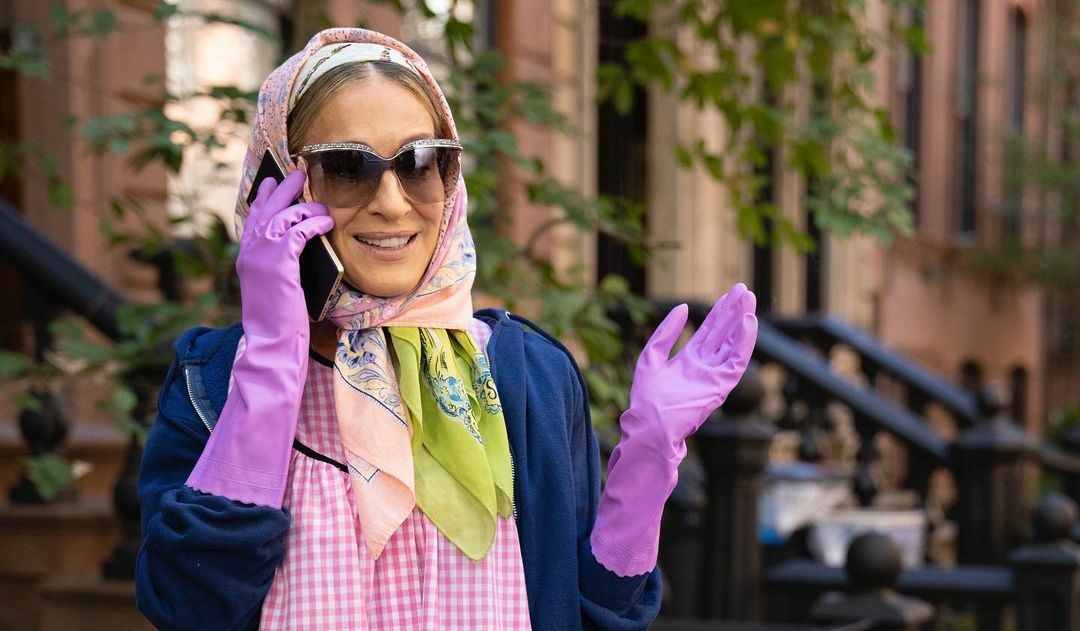 The sequel to the popular series "Sex and the City" called "And just like that" may disappoint many when it comes to the direction of the action, but the new episodes certainly bring us new stylistic releases of famous actresses that will undoubtedly inspire you for your next look.

From the announcement of the restart of the series "Sex and the City" in which, unfortunately, we do not see the favorite Samantha, to the first episodes that brought big surprises and an unexpected course of action, "And just like that" does not stop causing divided opinions.

A post shared by My Celebrity Life UK (@mycelebritylifeuk)

And just like Darren Starr's second project - "Emily in Paris", AJLT brings fashion combinations that are constantly talked about. In addition to the standard lineup of Carrie, Miranda and Charlotte, who in the new episodes, eco-consciously wore already seen fashion pieces, the new members of the series bring diversity and freshness with their recognizable styles that are certainly inspiration. take a look at the series and find some new styling ideas.

The first among them is Lisa Todd Wexley, also known as LTW, played by Nicole Ari Parker. This wealthy documentary filmmaker and art collector is far from the conservative combinations of her friend Charlotte.

Bright colors, asymmetrical cuts and many exquisite pieces of jewelry are the basis of luxury bohemian chic promoted by "LTW". In her wardrobe you can find overalls "Issey Miyake" and "Zanotti" heels, sports pieces with the signature of Prada and Fendi. We could see her nonchalantly wearing a Schiaparelli necklace with big cancer and redefining the notion of casual in combination with Bermuda shorts Max Mara and Elzing blazers with colorful sandals.

Lisa's wardrobe is dominated by brands such as "Issey Miyake", "Zanotti", "Prada", "Fendi"…

Earth tones, light colors, dark lipsticks and gold jewelry certainly contribute to the impression of sophistication and wealth, and some pieces such as Ralph Lauren overalls, Lanvin handbags and the inevitable platforms in which he sovereignly steps into any space.

The inspiration for the image of this successful single woman in the fifties found the aesthetics of the golden age of Hollywood and Bianca Jagger.

Her character has earthy tones, which the actress says contribute to the impression of wealth.

Professor Dr. Naya Wallace is the complete opposite of all heroines

Hair braided in long braids, 'no make up make up look', more relaxed cuts, plaid and other colorful prints that run through clothing combinations, make this seemingly unpretentious style of this powerful professor.

The professor wants a look without make-up and more relaxed cuts.

The famous Natasha who wears flat shoes was a surprise for many.

As Kerry takes relentless walks around New York in dizzying heels, Natasha fits in perfectly with the city in practical and unobtrusive yet very chic and sophisticated outfits in neutral shades.

PHOTO | Vidoe Ristovi. Had a collection of watches worth 4 million dollars