"New Nadal" writes history, did what Novak, Rafa or Federer failed to do 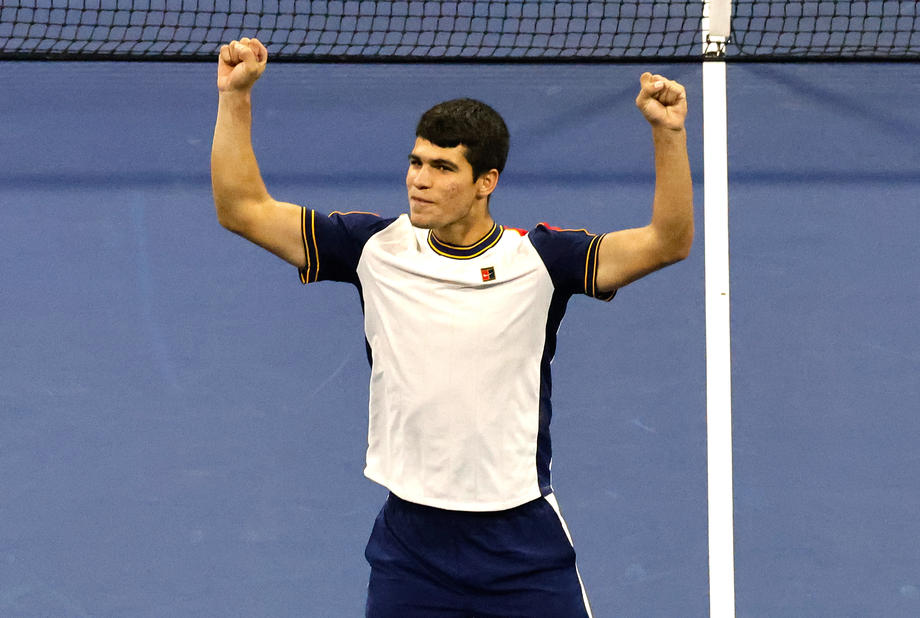 Carlos Alcaraz is the youngest tennis player in history to reach the top eight at the US Open / Photo: EPA-EFE / PETER FOLEY

The Spaniard, nicknamed the "New Nadal", is not so much for his style of play, but for the fact that everyone sees him as Rafa's next great tennis star and successor in Spain, so he is writing history.

He became the youngest tennis player in history to reach the top eight at the US Open. At 18, neither Novak Djokovic, Roger Federer nor Rafael Nadal managed to do that.

Alcaraz served to win the first set with a score of 5: 4, but suffered a break. The German later managed to come first in the lead (7: 5). However, the Spaniard did not give up and immediately made a break at the beginning of the second set, and when the German later made a double service error, Alcaraz had two breaks advantage, and later three. He won the set in 31 minutes to equalize 1: 1 in sets.

The thieves did not enter Novak ковиokovi ви's villa, they robbed his brother's house

In the third, Alcaraz had to show mental strength because this time he had a break behind him, managed to reach 5: 5 with a break, and then in the next he lost his serve and later lost the set.

And when it was thought that the 32-year-old German would easily end the match, the exact opposite happened. The young Spaniard showed why the very top of tennis is predicted for him, because he allowed the rival only two games until the end, and in 71 minutes, after 6: 2 and 6: 0, he skipped the 141st player on the planet. In the quarterfinals he will play against Felix Oze-Aliasim from Canada.

Teenagers shine at US Open, Radukanu third qualifier to play in quarterfinals