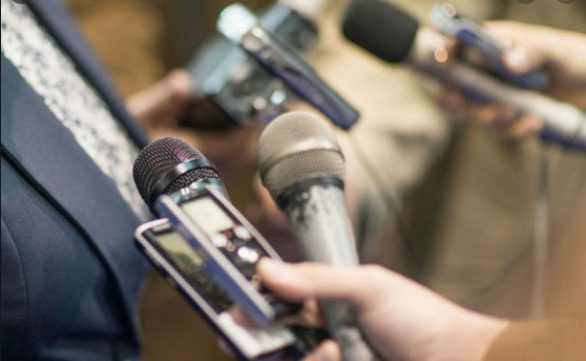 The Macedonian delegation led by the Prime Minister Dimitar Kovacevski is in Rome today on a working visit as part of the celebration of May 24, the Day of the All-Slavic educators Saints Cyril and Methodius.

During the visit, journalists and media workers from several media outlets were present to cover the event.

"For the selection of these private media, which is at the expense of the citizens' budget, there is no explanation by the Government what are the criteria and why exactly these media are invited," said in a joint statement the Association of Journalists of Macedonia (AJM), Independent Trade Union of Journalists (SSNM) and the Council for Media Ethics (CEMM).

"Aside from the fact that government visits at state expense should be followed by public media services, not private media, this selective approach of the Government, without any criteria, can be interpreted as favoring specific media. "The lack of transparent and clear criteria for how the choice is made which media outlet will report on the official government visit to Rome creates discrimination in the media sector and puts the media in an unequal position," said the journalists' associations.

"The use of public resources to stimulate only individual media on official visits to foreign countries is unprofessional and is to the detriment of the media and the citizens. All media should have fair and transparent access to information in order to preserve objective reporting and public interest in media reports. This practice of the Government was implemented by the Parliament, when two weeks ago it opaquely and without criteria chose a private media for an official visit abroad, which makes it clear that these dangerous processes, characteristic of other media times, return and threaten the media again. "Freedom," the statement said.

AJM, SSNM and CEMM announce that they will inform all their partners and international organizations that follow the issues with the independence of the media and the rights of journalists in Macedonia.