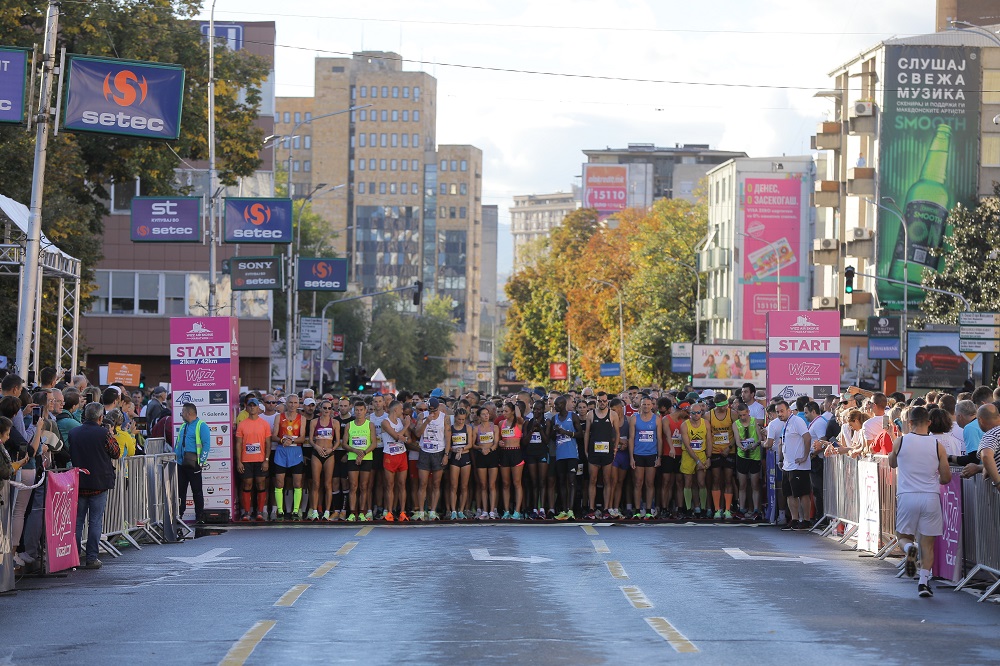 Over 8.500 runners from more than 47 countries of the world filled the streets of Skopje with a sports atmosphere, a positive morning spirit and countless smiles, which were a real inspiration for the cheering groups along the route of the most massive sports event in Macedonia. This was the atmosphere at the 18th edition of the Wizz Air Skopje Marathon, the organizer said in the official announcement after the event.

The traditional races of this marathon started at 8:00 a.m. in the center of the capital, along a new track, which received an A certificate from AIMS and the World Athletics Federation, as a great achievement for the quality of this event and the value of participation in it. The finish of all the races was the "Macedonia" square, which with this edition has once again become the traditional place for the end of the Wizz Air Skopje Marathon. 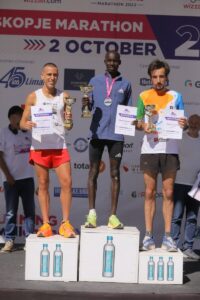 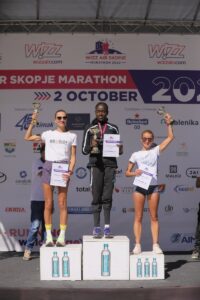 - Wizz Air Skopje Marathon year after year, the awareness of the role of running and sports in maintaining health is increasing, and the proof of this is the more and more frequent runners in the streets who train and prepare for the marathon throughout the year, as and the number of this year's participants, which exceeded 8500. At the same level as the world marathons, - and this year in a morning mood, the asphalt throughout Skopje trembled with the steps of the runners, who come from Macedonia, but also from many countries around the world. I send sincere congratulations to all the winners of all the races, as well as to all the participants and volunteers of the 18th edition of the Wizz Air Skopje Marathon, you are the inspiration and the heart of this event - said Kire Sinadinovski, director of the Wizz Air Skopje Marathon.

The ambassador of the Delegation of the European Union, David Geer, attended this sports event and awarded the prizes to the first place winners of this edition of the marathon. 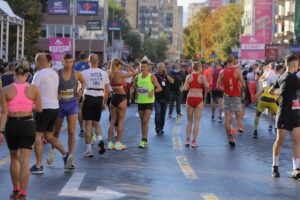 Naumce Mojsoski, the president of the Agency for Youth and Sports, awarded the prizes to the best runners of the 5 km race.

- It is a significant success to organize a sports event of this rank, which with this edition is slowly returning the number of participants to before the pandemic. This year we dedicate this marathon in honor of the president of the Sports Union, Gjorgi Kuzmanovski, who, although he left us a few days before the marathon, his dedication, work and role as the main motivator for preserving and promoting sports values, - for every year this event to increase and progress more and more, will be remembered as a unique example for all generations - said Gordana Nikolovska from the Sports Union of Skopje.

The organizers of the Wizz Air Skopje Marathon reminded the attendees of the importance of nurturing the love for running and a healthy life, and at the same time, with a sporting greeting, they thanked and congratulated all the winners and participants, as well as every volunteer of this year's edition of the marathon, whose help every year is irreplaceable and makes a difference in an even more successful organization of this sports event.

Viz Air Skopje Marathon is organized by the Union of Sports of Skopje, in cooperation with Athletic Club "Rabotnicki" from Skopje, the Ministry of Internal Affairs is a partner of the marathon, and like every year, this most massive sports event is under the auspices of the City of Skopje , the Delegation of the European Union and the Agency for Youth and Sports.

The traditional awards for the best banner, as well as for the best photo, as part of one of the most fun parts of the marathon, will be finally announced on the official fan page of Wizz Air Skopje Marathon on the social network Facebook. 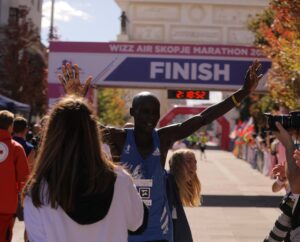 Germany: Putin wants to break the backbone of Ukrainian society

In the Stip modular hospital, 20 to 30 meters of copper pipes were stolen

Pendarovski: If the negotiations with the EU are not based on history, we will complete them in record time

The Judicial Council will elect a new president on Monday

Bejeti admits: There were administrative errors in issuing 200 certificates, but only for a certain period