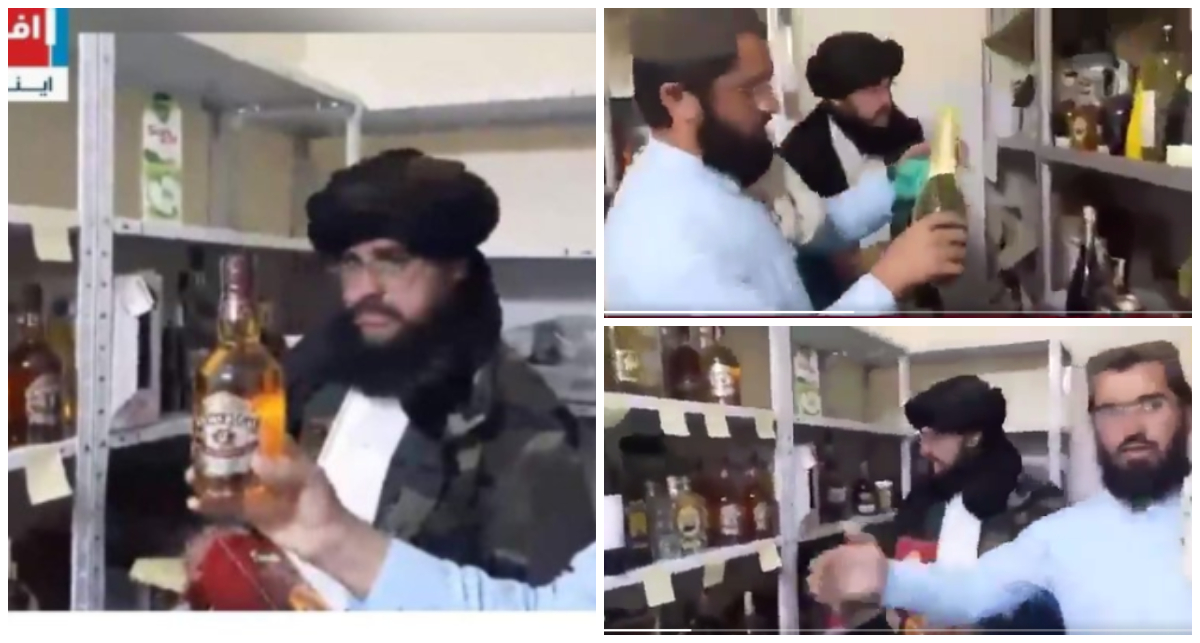 The pictures and video of the Taliban among the large quantities of alcohol that appeared on social networks, intrigued the public. As always, he could not pass without a certain chaos. Namely, Taliban fighters were posted on social networks who broke into the house of former Afghan Foreign Minister Salahuddin Rabbani, who fled the country before the Taliban entered Kabul and is in exile in Pakistan.

As soon as that information appeared, the former head of the Afghan diplomacy announced himself personally.

The world was tired of the corruption and lies of the rich team, now it turns out that the Taliban followed the same path.
Yesterday the news of Amrullah Saleh's house was false and today it is from Salahuddin Rabbani pic.twitter.com/2rrcRbH1qy

"This is not my house, but the embassy of the Czech Republic. "This is propaganda against me," said Rabbani, who fled to Pakistan after the Taliban invaded the country and has been strongly opposed to the move for some time.

The only thing the Taliban have learnt is how to lie#Taliban entered the Czech Republic embassy in #Cabul, found its alcohol storage, falsely claiming it was Salahuddin Rabbani's house. Rabbani is an anti-Taliban political leader who fled Kabul after the collapse of Ghani's govt pic.twitter.com/xuvKxjkix2

But is the house really the Czech Embassy? The mystery was solved by Czech journalist Andrej Sokup, who wrote on Twitter: "A careful look shows that this is probably the Czech embassy in Kabul," he wrote.

The Czech media also contacted the former Czech ambassador to Kabul, Jiri Baloon, about this case, who agreed to watch the video, but did not answer where so much alcohol came from in the Czech embassy and whether the Taliban found more than what was shown in the video.

"We can confirm that the released video shows the premises of the temporarily closed Czech embassy in Kabul," the foreign ministry said.

The Czech Embassy in Afghanistan has been active for almost fifteen years. The embassy operated until mid-August, when it was decided to withdraw diplomats due to the rapid advance of Taliban insurgents.

According to Balloon and the commander of the military police unit, whose name the army is hiding, the equipment that could not be confiscated was destroyed during the evacuation.

Finland has abolished the obligation to wear masks on public transport

VIDEO | Andonovic: Erdogan in a diplomatic showdown with the West

German police stopped more than 50 extremists at the Polish border

WHO chief: The pandemic will end when people decide