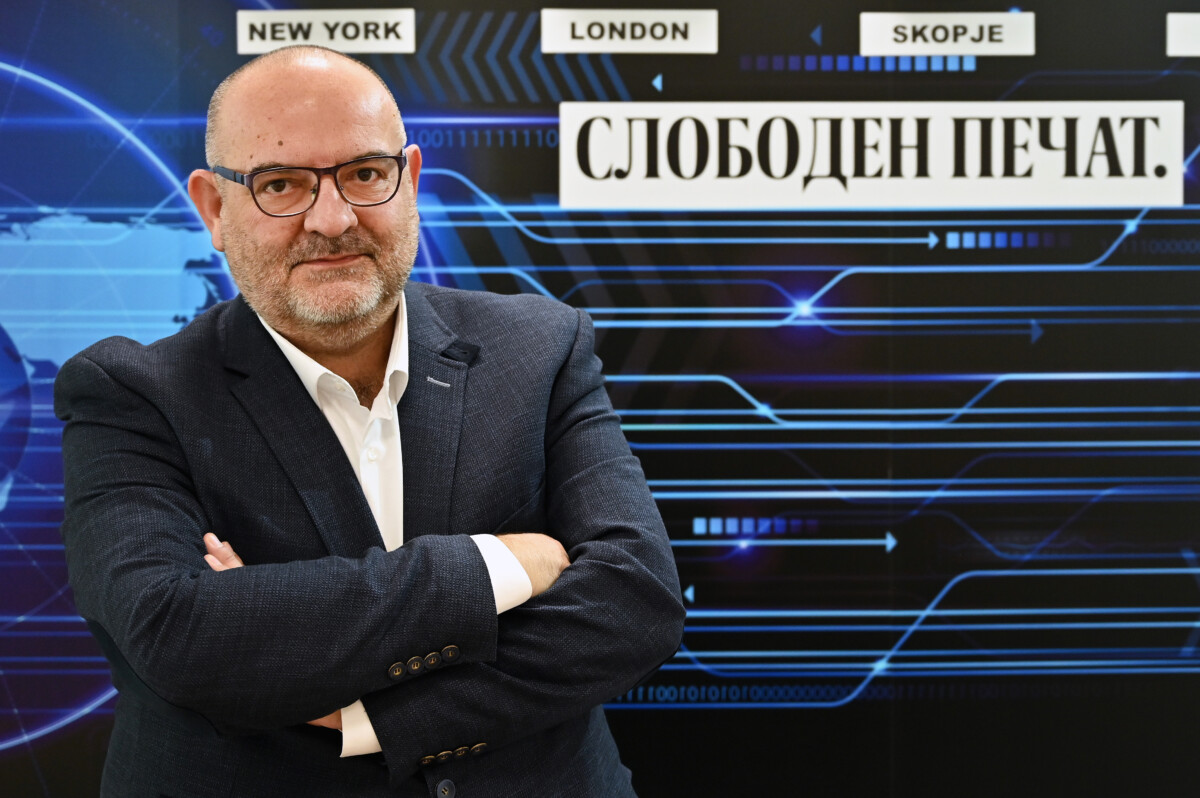 If the Bulgarians had been smarter, they could have come to better conclusions about their own behavior by following more closely what is happening in Serbia, because their real frustration with Macedonia runs mainly through Belgrade, before spilling over to Skopje. But they were not and they are not.

I'm not sure that our friends in Bulgaria understand what has happened to them in the past ten days, with the (seemingly) lightning recognition of the autocephaly of the MOC-OA, and what will still happen to them…

The historic decision belongs to the Serbian Orthodox Church. The gratitude and merit rightly go to the Serbian Patriarch Porphyry and the new progressive worldview that he, with his arrival at the head of the SOC, applied to this unnecessary inter-church dispute.

But one does not have to be very smart to realize that the whole delicate and long-coordinated secular-church "operation" between Constantinople, Belgrade and Skopje is obviously conducted within the framework of a thorough geopolitical effort to round out American policy towards strengthening national and the state sovereignty of Macedonia, a project started long ago and patiently implemented all these years since the collapse of the SFRY, precisely to complete the Western strategy towards the Balkans for the phase of "rearrangement" of the world order that was recklessly provoked by the Russians with harsh and tragic aggression. on Ukraine. The survival of the sovereign and liberal-democratic Republic (Northern) Macedonia three decades ago was declared and continuously repeated "national interest of the United States".

Who does not understand - both at home and abroad - what it means to take care of the implementation of the American "national interest" in modern, still "valid" international relations (even in the sphere of interreligious global relations), is responsible for their actions, ultimately instance, in Washington. Ask Gruevski and Mijalkov what the summary of that experience looks like. And, yes, I wrote a long time ago that such American policy does not have the efficiency and sophistication of a "coffee grinder"; the real association is more like a "stone crushing machine". The effect is, however, fine sand for "binding mortar" between the blocks.

In that American Balkan project, the United States provides the "hard" component of persuasion and systematic, albeit slow, pressure on the frivolity of diverse actors, and the European Union participates, at best, with occasional turn-by-turn political and greater economic support. maintaining its permanent reluctance to integrate the Balkans into its ranks. As a matter of fact, the historical, social and geographical considerations of the EU are much more complicated than those of the Americans when it comes to the Balkans. There is no rush to that approach, but without persistent and, when necessary, resolute US intervention, Europe would have long ago been more divided and unstable than it is today. The brakes and complications on that road are largely due to the French with their charming, imperial, bankrupt European policy. At least Macedonia has felt that well on its own back.

But back to the beginning, what does that mean for our friends in Bulgaria?

Slowly but surely, when it comes to the Balkans, Sofia is taking over the infamous primacy from Belgrade - which is another, but dynamically changing and, miraculously, possible positive story in question - to complicate Balkan Balkan integration. Stuck in their nationalist, occasionally chauvinistic, pro-Russian internal political convulsions, the Bulgarians miss an important historical opportunity to finally establish themselves as a constructive factor in the Balkans within the framework of American "national interests". With the "Petkov project" they were given the opportunity in a civilized way and with a "saved face" to normalize relations with Macedonia and to personally unlock the further regional European integration. Instead of seeing and assessing the "broader picture" well, they foolishly, with the weight of Karakachanov's intelligence, first eliminated Zaev (and Dimitrov) from Macedonian politics, and then chose to celebrate Vancho Mihajlov in Bitola. And, most likely, because they "stumbled" in the corner, they were put in a situation to repeat the Euro-veto for Macedonia in June.

The "greeting" followed with the epoch-making end to the status of MOC-OA, which is certainly a far more important achievement for the Macedonian national and state, religious and political ideal, than the possible omission of another projected deadline for Euro-Macedonian unblocking. We, unfortunately, in the foreseeable future, will remain outside the EU; they, for an indefinite period, remained with their "finger in their mouth". And that after we first became members of NATO, so that no one gets even more stupid ideas.

Dobroooo… Macedonia is forced to seek its regional and wider perspective through the north-south corridor, with Greece and Serbia, and to strengthen relations to the west, with Albania and northwest with Kosovo; and again, at Bulgaria's insistence, to "put on hold" its eastern prospects. Can anyone in Sofia rationally explain how this is in Bulgaria's interest?

Thus, the protection of the "national interest" of the United States, and even of Western Europe, in the south of the Balkans and formally shifts to the east, to Bulgaria. How do you think that west-east calculation - the word is not accidental - will take place in the coming months and years? Additionally, now the internal political stability of Macedonia (which is a message to the Macedonian domestic politicians) will become an important factor for the eastern "theater" of that calculation. The "stone crushing machine" is already on and, as things stand, we will gradually start producing "sand" in Bulgaria, as it is too important a country on NATO's east wing to be able to par-forfe - without a fight - to indulge in anti-Western Russian machinations.

This attempt to analyze the current South Balkan geopolitical dynamics is rough and simple, but if the Bulgarians had been smarter, they could have come to better conclusions about their own behavior by following more closely what is happening in Serbia, because their real frustration with Macedonia passes mainly. through Belgrade, before spilling onto Skopje. But they were not and they are not. And Vuќi.'S problems are far bigger than the ones produced by Sofia with its hastily officially renewed Greater Bulgaria policy towards Macedonia. Now their only hope is that Vuќi,, as such, will not succeed in the pro-Western modernization of Serbia, because it is certainly explained to him in detail where the "wind" will blow in the coming years in the Balkans.

The Bulgarians just got a religious-political knock-down for their wrong policy towards Macedonia. Counting to ten is in progress, things are standing on shaky legs.