Nikola Dimitrov on the French proposal: We have had many mistakes in the past, but I don't remember this kind of cowardice 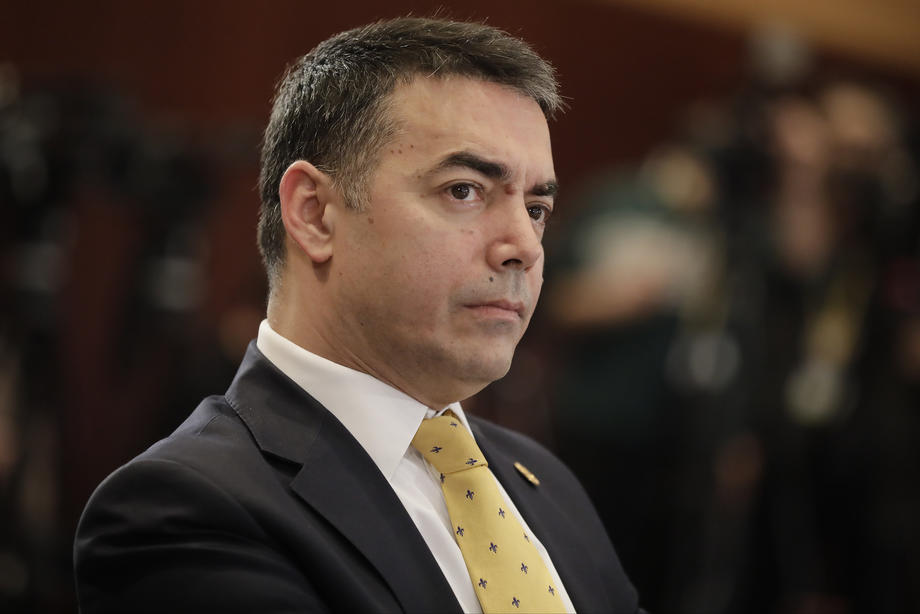 The new package of the proposal is absolutely the same irreparable debacle with which we may open negotiations with the EU if we change the Constitution, but we will never finish it, this is how it starts latest post of the former head of Macedonian diplomacy Nikola Dimitrov, sharing his position after today's meeting of the coalition partners regarding the French proposal for removing the veto from Bulgaria and opening accession negotiations with the EU.

"Even in the packaging of the 'changes' they didn't put in much effort. First, if in the previous package the negotiations would have been opened after the amendments to the Constitution, now the opening will start immediately, as soon as the protocol is signed, but again conditionally because it is written that the negotiations will be opened after the inclusion of the Bulgarians in the Constitution.

So our start is in two installments. Two installments just to get started. And there is certainly no real beginning until the constitutional changes are made, because the negotiating framework will be presented only then.

The second 'change' is a complete fraud.

If in the previous package the history, Bulgarian hate speech, monuments, etc., would have been included in the accession process through 'bilateral protocols' under Article 12 of the Friendship Agreement, now history, Bulgarian Turkish hate speech, monuments, etc., will be entered through the 'annual reviews and effective implementation measures under Article 12 of the Agreement'.

These are absolutely the same documents, only the name has been changed - now it is not protocols but examinations and measures, but Article 12 is in black and white, so there is NO dilemma as to what it refers to. This is the article where it is said that the Macedonian-Bulgarian intergovernmental commission will meet once a year, will review what has been done and the implementation of measures, adopting a document that so far we have called a protocol.

This is a shameful attempt from home, but also from the EU, perhaps at the suggestion from home, to blur the eyes of the Macedonian citizens, calling by another name the same obligations that we must undertake and that are now becoming obligations to the EU and for which will be reported by the European Commission.

But imagine, even this was not enough, so the second protocol, the one that should be signed today, tomorrow or the day after tomorrow by Osmani and Genchovska, which contains the agreement on points 4 + 1, it remains with the same name - protocol. We have not even managed to change the name here. Both the review and the measures outlined in this protocol, together with the historical issues, will be absolutely part of the accession process.

So there should be no dilemma - the Bulgarian demands for history and many other topics, remain completely within the framework and become European requirements, as they were in the previous package.

Our path to the EU will depend on whether Bulgaria is satisfied with our fulfillment of their wishes. And that is why I responsibly claim that this road is a dead end, which will never bring us to the desired membership. It is a path to eternal agony and torment. A precedent that will be felt on their own skin by other candidate countries after us.

Regarding the Macedonian language, in this package as well as in the previous one, the EU will state that Bulgaria will submit (or has now submitted) its position on OUR language. Sofia will read the preamble with the Bulgarians and everyone else, but will skip the part with the Macedonian people.

I appreciate that these days we are living one of the darkest days in Macedonian history after independence.

And while Sofia was concretizing the Bulgarian conditions through the Parliament, we were immersed in the mud with government lies, drawing ourselves as a big target for European pressure to give in and accept what was unacceptable for all member states except Bulgaria - complete bilateralization of the accession process mixed with aggression on the Macedonian identity and imposition of the Bulgarian narrative on history.

The government team did not receive any improvements to the proposal, but little help in trying to deceive its own people and citizens. And since yesterday, he does it wholeheartedly.

It is a lie that historical issues are out of the question.

The new packaging, beware, was prepared on June 23, the day before the proposal was adopted by the Bulgarian Parliament. Whether "ours" really got it yesterday as they said, or kept it for an attack at five to twelve is a question that can only increase this historical shame.

In fact, Gencovska was the only one who told the truth yesterday - there is no new proposal. She could not stand even three hours with the thesis that 'there is no history in the frame'.

How could that be, when in Bulgaria there are no conditions for a new decision of the Assembly. The truth was told today by the French Ambassador to Sofia Florence Robin: "Yesterday's proposal of France to Bulgaria and the Republic of Macedonia to resolve the dispute is identical to the original one that was voted in the Bulgarian Parliament."

The government is in a hurry, so that the people don't think about it. They want to finish the "broad consultations" as soon as possible, so that somehow the truth will not be known. That's why the Prime Minister's appeal to believe the 'official information from the institutions' actually tells us to believe the lies.

We will not give up our strategic interest in EU membership. But the path that leads to membership is not this blind alley that is offered to us. We deserve a European road paved with reforms.

I see a government that lies to its own people about such a historically important issue as a foreign government. I do not know whether I am more disgusted by the proposal that brings us into endless torture at the hands of Bulgaria, or by this attempt at deception on an epic scale.

We have made many mistakes in the past. But I do not remember such cowardice and running away from confrontation and honest approach to the citizens for such an essential issue.

This government must bear political responsibility for this disgrace. This government, dear fellow citizens, if it does not immediately categorically and finally reject the proposal that it has already rejected twice, and does not deeply apologize for the lie, it should fall immediately!", writes Dimitrov on Facebook.