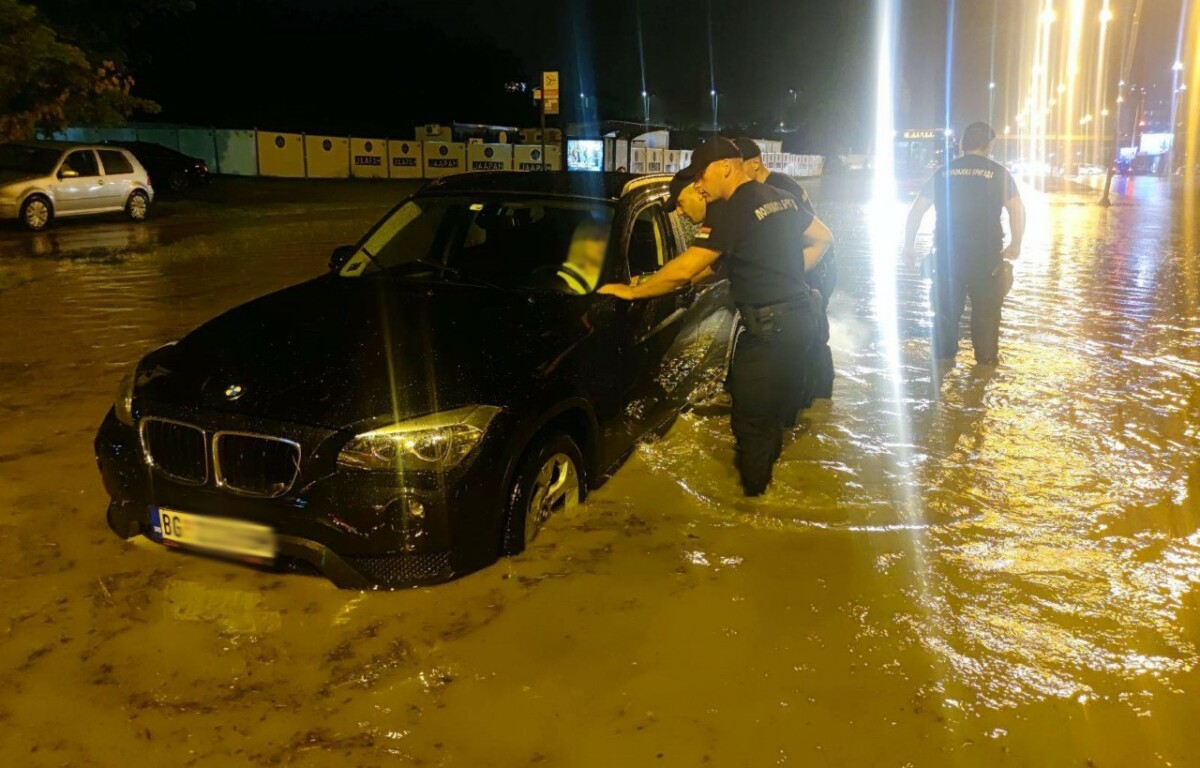 Members of the Ministry of Internal Affairs (MIA) on Tuesday afternoon and evening due to the storm accompanied by hail in some parts of Serbia, and the worst was in Belgrade, Kraljevo, Sjenica, Nova Varoš, Krusevac, Smederevo and Ivanjica, had 91 interventions throughout the country. 20 of which were fires, most of which were caused by lightning in Belgrade, reported the MIA correspondent from Belgrade.

All fires have been extinguished, and no one was injured. The firefighters rescued 10 people from the flooded buildings and vehicles, according to the announcement of the Department for Emergency Situations of the Ministry of Internal Affairs.

About 230 firefighters, rescuers, 100 vehicles and 33 water pumps were engaged in all interventions.

Members of the Department of Emergency Situations also intervened to pump water from buildings in Belgrade, Krusevac and Ivanjica, and interventions are ongoing in Krusevac, Pancevo and Belgrade.

The amount of water that fell was not even in 2014, when there were major floods in Serbia. Over 400 people were on the field last night. Between 40 and 50 liters per square meter fell in the central municipalities, and more in the peripheral municipalities. At the same time, anything over 20 liters is considered a disaster. In Zemun, it rained 128 liters per square meter, which is not recorded - said the mayor of Belgrade, Aleksandar Šapić, at today's press conference dedicated to the heavy rains in Belgrade last night.

In cleaning up the consequences of the strong storm that hit Belgrade, more than 160 policemen from various organizational units of the Intervention Unit, the Police Brigade, from police stations and fire rescuers were engaged, who had 78 interventions, of which 18 were for extinguishing fires caused mostly by lightning strikes, said the Ministry of Interior.

More than 30 people have been evacuated from the threatened parts of the city, including Novi Beograd, Bežanijska Kosa and Zemun, especially the Plavi horizons and Backki Ilovik settlements, including seven from Backki Ilovik alone, the announcement states.