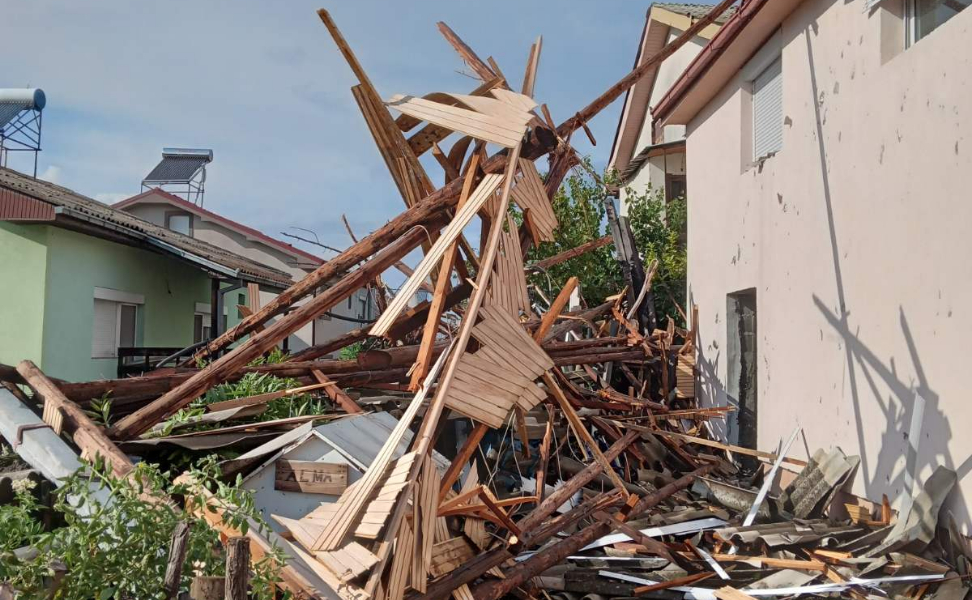 The storm took away part of the roof from Chulevi's house, and a torn part of the neighbors' roof fell on their car and damaged it. These are just some of the consequences of the storm followed by rain and wind that hit Negotino tonight.

In a statement to MIA, the Chulevi said that they did not have electricity in their home, so the neighbors ran a cable for them to meet the most basic needs of electricity.

"We have damage, the whole kitchen is flooded. A terrible wind howled, it ripped the blinds from our hands as we were trying to collect them so they wouldn't break, it pushed us so hard that we were stuck to the wall. Silina, it passed quickly, but it did a lot of damage. We have broken windows and blinds. Since part of the ceiling had no slab but only reeds, the rain also affected other parts of the furniture on the upper floor. Initially, nylons were placed on the damaged part of the roof, it should not rain again tonight or tomorrow, so the damage will be repaired these days", they emphasized.

Given that the Municipality announced that a damage assessment commission will be formed tomorrow, the Chulevi expect to receive compensation.

"If you are able, leave Russia": the Ministry of Foreign Affairs repeated the appeal to ours

Alliance for Albanians: Resignation of Grubi and Rustemi and investigation into the tender for corridors 8 and 10

Judicial Council: Written reprimand for the supreme judge, the procedure for a judge from the Skopje criminal court has been stopped