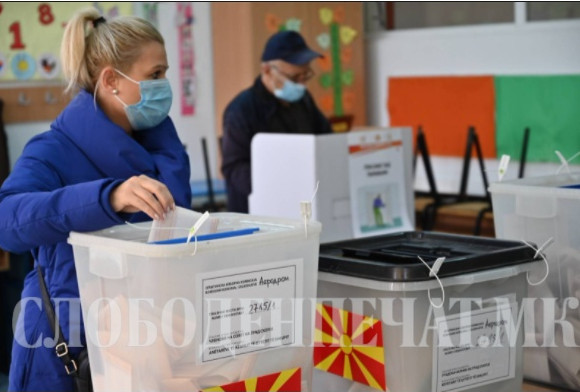 Voting is currently underway in Kumanovo, said MEC President Brankica Dimkovic. 93.986 voters who vote at 167 polling stations have the right to vote in the largest municipality in the country. According to the data of the SEC, by 11 o'clock the turnout was 5,91 percent.

- The technical problems that were with the biometric identification devices are gradually being overcome. Technical support teams are constantly on the ground, said MEC President Dimkovic.

Voting is currently conducted in the municipality of Lipkovo. Minor technical problems at the beginning of the voting with the fingerprint machines are already being overcome, informed the MEC President, Ayşe Demiri. In Lipkovo, 26.042 voters have the right to vote and vote at 36 polling stations. According to the SEC, the turnout in this municipality by 11 am is 5,41 percent.

In Staro Nagoricane, 3.262 voters have the right to vote, exercising their right to vote at 38 polling stations.

VIDEO | Velkovski: Young people to contribute to a sustainable future through green innovations

The coldest and most snow in Lazaropole

Haxhiu: The bus was in service before leaving Turkey and everything was fine

The coronavirus situation is stable, so far there is no need for new measures for protection against the new strain