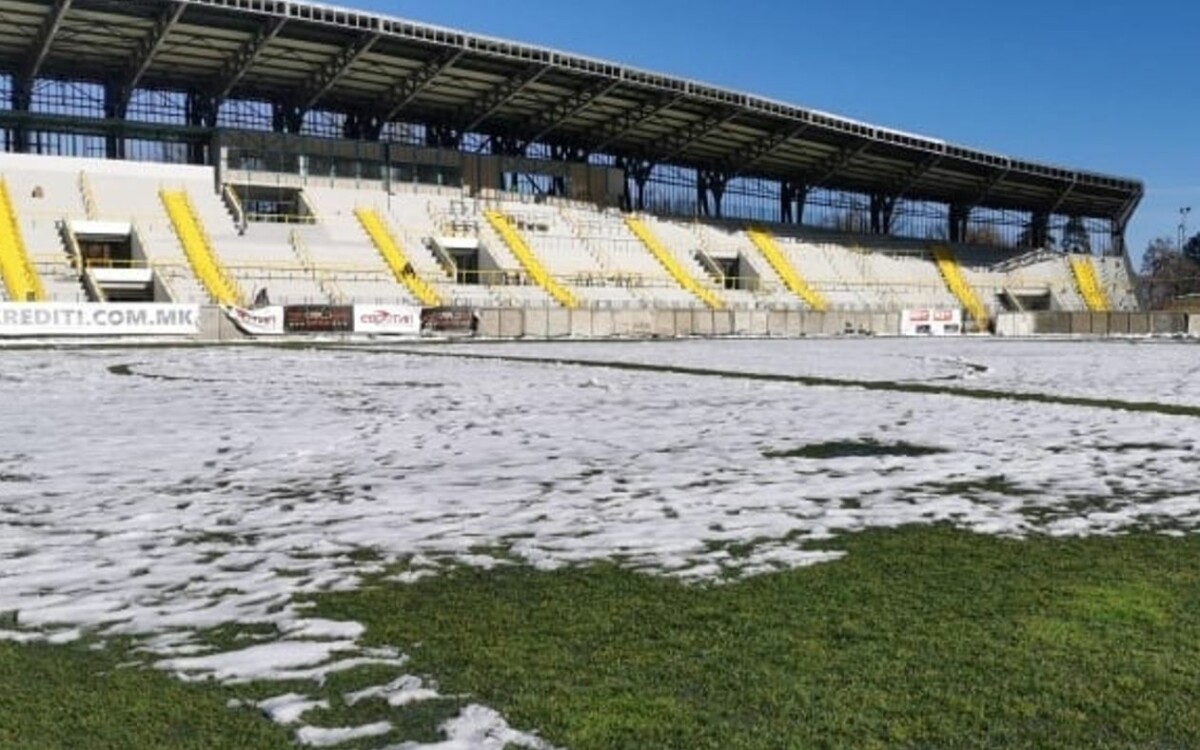 The snow on the field in Bitola was an obstacle to postpone the quarterfinal cup match / Photo: FC Vardar / facebook.com / FKVardarSkopje

The match between the teams of Pelister - Vardar in the quarterfinals of the Macedonian Cup was supposed to start today at 13.00, but it was postponed due to the lack of conditions for playing on the field in Bitola.

The snow that accumulated on the field was an obstacle to postpone this match, and the new date for the match will be additionally announced.

The other three matches started from the announced date, in which for placement in the semifinals they meet: Macedonia GP - Shkupi, Shkendija - Struga Trim Lum and Sileks - Bregalnica Stip.

Vardar is playing in the Second League - West this season, where after 12 rounds it is on the third position with 20 points.

Pelister is currently the last in the First League, the only one without a victory after 15 rounds with five points won.

Josko Milenkoski is the new coach of the Montenegrin volleyball team

EP: Iceland beat Montenegro and will now "cheer" for Denmark