PE "Tetovo Transport" operates with big losses, city buses run half-empty
The performance "Tales from the House" by Delaine Le Bass took place at MSU
Conversation with Sashka Kuzmanova: Making wigs for cancer patients is more than a noble job
The "Earthquake" festival in MCC is the ultimate event with an incredibly high-quality and diverse offer
Shar Planina is being polluted, but no one is being punished 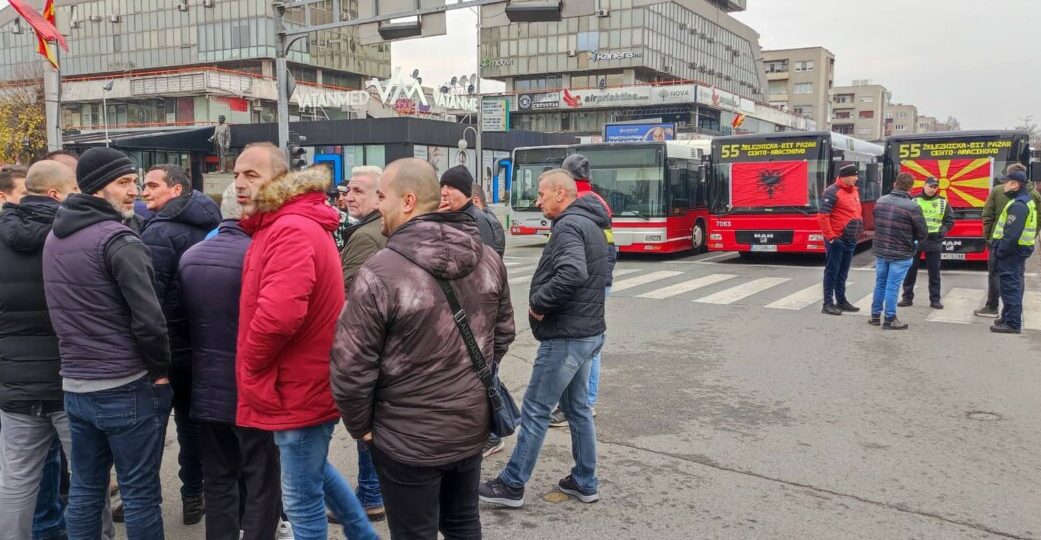 And in the continuation of the 19th session of the Council of the City of Skopje dedicated to council issues this afternoon, regarding the problems with private bus carriers, no solution was reached again. The session was marked by accusations between the councilors of the City Assembly, especially from the councilors of the coalition led by VMRO-DPMNE, with the Mayor of the City of Skopje, Danela Arsovska and with the director of the Public Transport Company, Aleksandar Stojkovski.

In addition to Arsovska's claim and acting the director of JSP, Stojkovski, said no debt to private carriers, that all invoices have been paid and that there was abuse around the sale of tickets, the councilors claimed that there is an outstanding debt of 90 million denars from JSP to the private carriers and demanded an answer when that money will be paid.

- In the period since my arrival, until this day, all their invoices have been paid by me. The debt that JSP has towards private carriers is their current claim. If they think that the deadlines have been breached, they should file a lawsuit, Stojkovski pointed out.

According to him, the contracts with the private carriers remain the same, as they were before.

At the same meeting, Mayor Arsovska announced that there will be a new public call for private bus carriers, with the aim, as she said, "that those who want to work, can make an honest living".

- There are contractual obligations, someone does not respect those obligations, someone stopped driving in the interest of the citizens. Contracts are terminated. There will be a new public call, all those who meet the conditions that will be set in that public call will apply and will be able to carry out their activities honestly, said Arsovska.

She added that she supports the right to protest, but, as she said, if they were not paid, there should have been a warning before a lawsuit, and then a lawsuit, and that, according to Arsovska, this is a contractual relationship.

On the other hand, the adviser from the ranks of VMRO-DPMNE, Stefan Andonovski, claimed that if JSP does not pay the private carriers, the debt of almost two million euros will increase after the court process.

He asked why 90 million denars owed to the two private carriers have not been paid until now, and when this money will be paid, as well as if the private carriers sue the JSP, then the debt, which at the moment is the largest in history, reaches almost 2 million euros, will have to the enterprise to pay both penalties and court fines.

Blockade at the crossroads at the "Mavrovka" shopping center, i.e. between the boulevards "Goce Delchev" and "Krste Petkov Misirkov" is still going on and, according to the statements that the representatives of "Makexpress" and "Sloboda prevoz" gave this morning about MIA, they will continue tomorrow, that is, until their requirements.

VIDEO | Jovanovski about Arsovska: Someone has a short mind and a long tongue

The public company "Tetovo Transport" has been surviving for more than two years after it was established with financial assistance from the municipal treasury. At the last session of the Council of the Municipality of Tetovo, a decision was made to subsidize the company with 4 million denars, as much as it was in loss during 2022. Get the most important news, for free on Viber Public...

The Ministry of Foreign Affairs denies that a joint commemoration of Gotse Delchev was agreed with Bulgaria, the insults to the Macedonian people and country continue

MCC can be self-sustaining, Arsovska believes, after the audit a competition will be announced for the election of a director