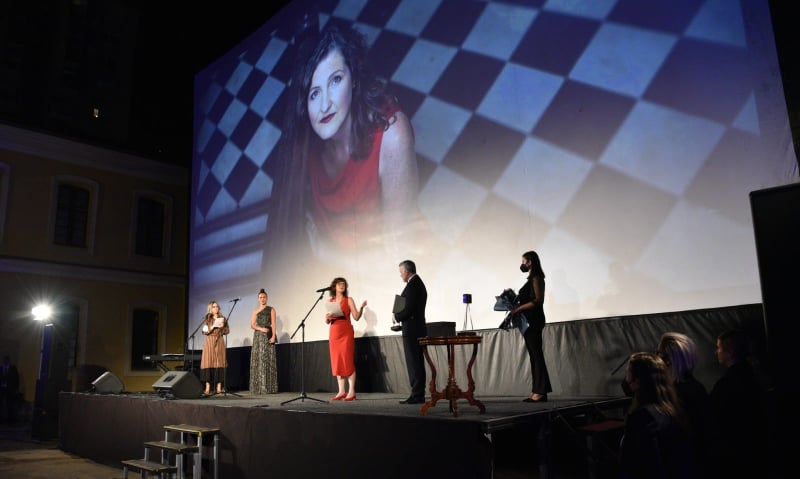 The beginning of the 42nd ICFF "Manaki Brothers" was in the sign of awarding the prizes - Special "Camera 300", "Golden Camera 300" for life opus and "Big star of the Macedonian film", and by the end of the festival the film program will run, which will reveal the holders of the Gold, Silver and Bronze "Camera 300" for 2021.

This year, the organizers of the Manaki Brothers International Film Camera Festival have decided to present two special awards, the "Camera 300" for Outstanding Contribution to Film Art, to Andrei Konchalovsky, the Russian film magic wizard, and Jocelyn Puck, one of Britain's most famous composers of film, theater, television and concert music.

The biggest award of the Association of Film Workers (DFRM) "Big Star of Macedonian Film" was awarded to Severjan Bajram.

The program for the new winners of the Gold, Silver and Bronze "Camera 300" for 2021 consists of ten feature films, which had their premieres at the major film festivals in Berlin, Cannes and Karlovy Vary. Seven of them are European films, two are Asian films and one is an African film.

The Manaki Brothers Festival is held from September 16 to 21 in Bitola under the motto "Despite everything".