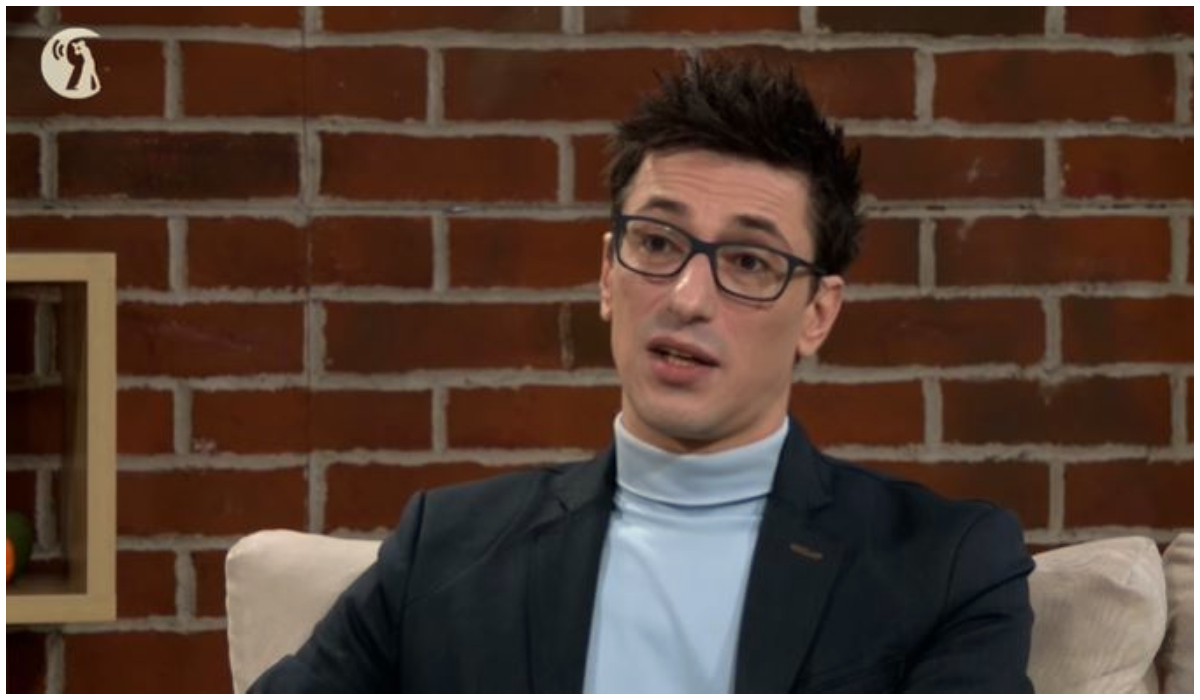 The actor Igor Stojcevski, who in addition to his roles in numerous theater plays, has recently been active in his role of Toni Buzalevski in the comedy series "Prespav", six seasons successfully lures smiles among the Macedonian public.

Igor was a guest on the show "Reporter.mk" where he talked about both private and professional life.

In the series, Stojcevski pretends to be in a love affair with chef Mario, played by actor Vasil Zafirchev. But, as he says, this is only part of the scenario, and when the cameras are turned off, the story is different.

Igor has an active engagement in the Drama Theater in Skopje, behind him he has numerous roles in the theater, and he often appears on the movie screen. He was an assistant in stage movements and dances at the FDA, and few know that he is an untried electrical technician, who, in order not to join the army, enrolled for a year at the Faculty of Mechanical Engineering.

The actor says that because of Tony's character, because of which he sometimes has to prove that he is not gay in private.

"So far I have not heard negative comments directly, for someone to stop me and comment negatively on the character. It was not a problem for me to play any role, even a gay couple, but it is no secret that I have a problem when people privately identify you with the role. It happens that they think I'm gay, even though I'm not. "Recently, a friend of mine in a conversation with a girl mentioned me, so she said, but he is gay, so my friend told her, but no, no, I will meet you freely," said Stojcevski.

The actor says that he is not the only one who faces a series of reactions in the public, he says that although Igor Dzambazov has not drunk alcohol for years, the public identifies him with his character in the series who knows how to drink a glass more…

"But if you ask me who is more difficult, probably me, because of prejudice. And, honestly, my past says a lot about me and it is not something I should be proud of or proud of when it comes to choosing partners. But everything in its time, now I have decided to calm down because some things we outgrow and become more aware of over the years. "Although, honestly, people are hard to convince and I do not know what to do to prove that it is not as they think," said Stojcevski.