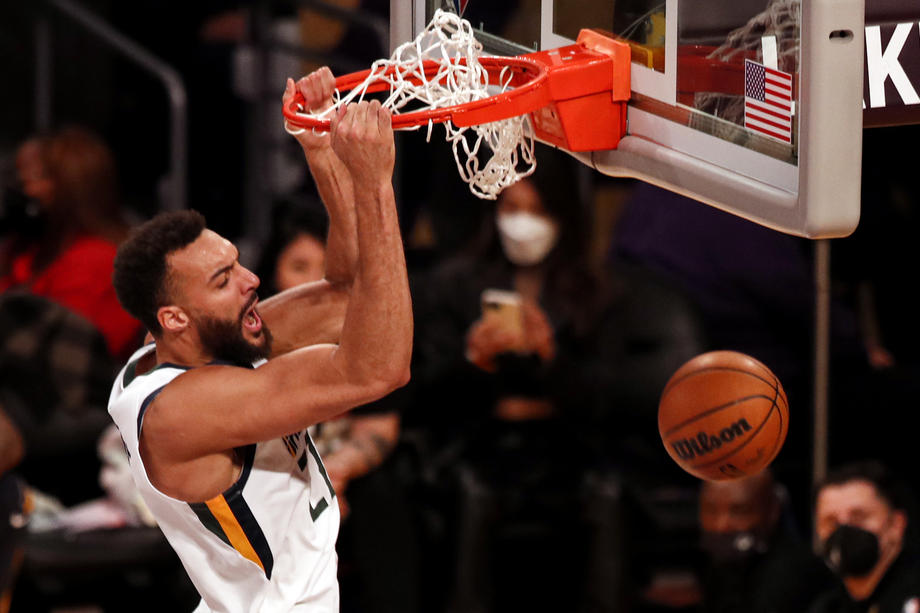 The first day of the transfer period in the NBA brought a lot of trades, and the most famous name that changed the club is one of the best defenders Rudi Gober who will play for the Minnesota Timberwolves from next season.

With this exchange, the problems in the team were solved because Gober is in bad relations with the first star of the team, Donovan Mitchell.

Gober has played in the NBA for nine seasons, and in the last six years he was part of the best defensive five, and he was named the best defender in the league three times. Last season he averaged 15,6 points and 14,7 rebounds per game.

New Orleans Pelicans decided to take a chance on his biggest star, Zion Williamson offered him a maximum contract, $231 million over five seasons.

This move by New Orleans surprised the public because Williamson played only 75 games in the first three seasons due to problems with injuries and overweight, the basketball player currently weighs as much as 130 kilograms.

Denver continues to build a team that management hopes can help Nikola Jokic get seriously involved in title contention. The wing Bruce Brown Jr from the Brooklyn Nets to a two-year, $13 million contract with Denver.

The reigning champion Golden State Warriors decided not to extend the collaboration with two players who contributed to winning the title. Gary Payton Jr will earn $28 million over three seasons with the Portland Trail Blazers, while Otto Porter signed for Toronto.

Riki Rubio signed a three-year, $18 million contract with the Cleveland Cavaliers.
Chicago didn't pass up the opportunity to sign their best player to a max contract Zach LaVine. LaVine, who averaged 24,4 points last season, signed a five-year contract with Chicago for $215 million.

Zach LaVine is signing a $215.2M, five-year contract with the Bulls, per @ShamsCharania pic.twitter.com/j2vZHPdEa6

Yusuf Nurkic signed a four-year contract with Portland for $70 million, while Mitchell Robinson remains with the New York Knicks for the next four seasons, for which he will collect $60 million.

Boston Celtics made a trade with the Indiana Pacers, with which he received the all-star quarterback Malcolm Brogdon. To get Brogdon, Boston gave up Daniel Theis, Aaron Nesmith and a 2023 first-round draft pick.

Golden State decided to keep its center Kewon Looney who agreed to sign a three-year contract worth $25,5 million.

Barcelona, ​​in a race against time, has not yet registered the new reinforcements