Serbia fans shock the French, break the silence about Chirac with the words "Terrorist" (VIDEO) 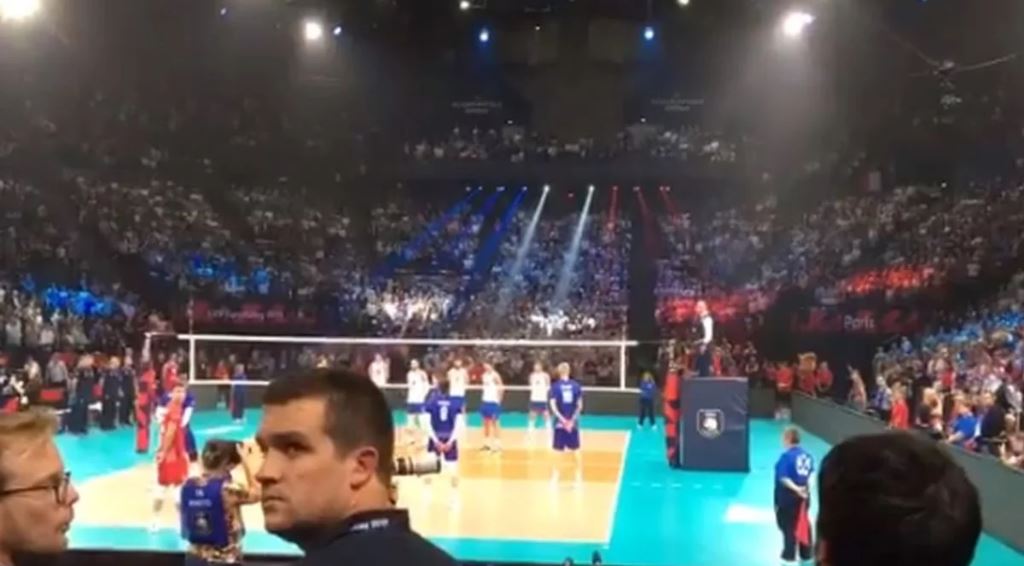 Serbia's volleyball team shocked France in the middle of Paris and defeated the domestic volleyball players 3: 2 to qualify for the finals of the European Championship.

Apart from the great victory in the Serbian matches, the semifinal match will be remembered for the behavior of the Serbian fans before the start of the match.

Namely, before the match, the speaker announced a minute of silence in honor of the recently deceased former President of France, Jacques Chirac.

However, in those moments, whistles were heard from the stands where the Serbian fans were, and then laughter and shouts of "Terrorist, terrorist". According to the correspondent of "Vecernje Novosti", the fans also shouted "You did not bomb" and "Kosovo is Serbia".

Some of these slides (coming from a large part of the rostrum where the Serb supporters are found) during the minute of silence in homage to Jacques #Chirac. The French supporters have the rage and the brains more than the Jamaican blues #FRASER pic.twitter.com/TsjojT8RDP

Nadal: ковиokovi е is a perfect and flawless player, he can play on any surface

Unexpected news: Novak ковиokovi нема will not play at the final Masters in Turin ?!