The match for Skopje 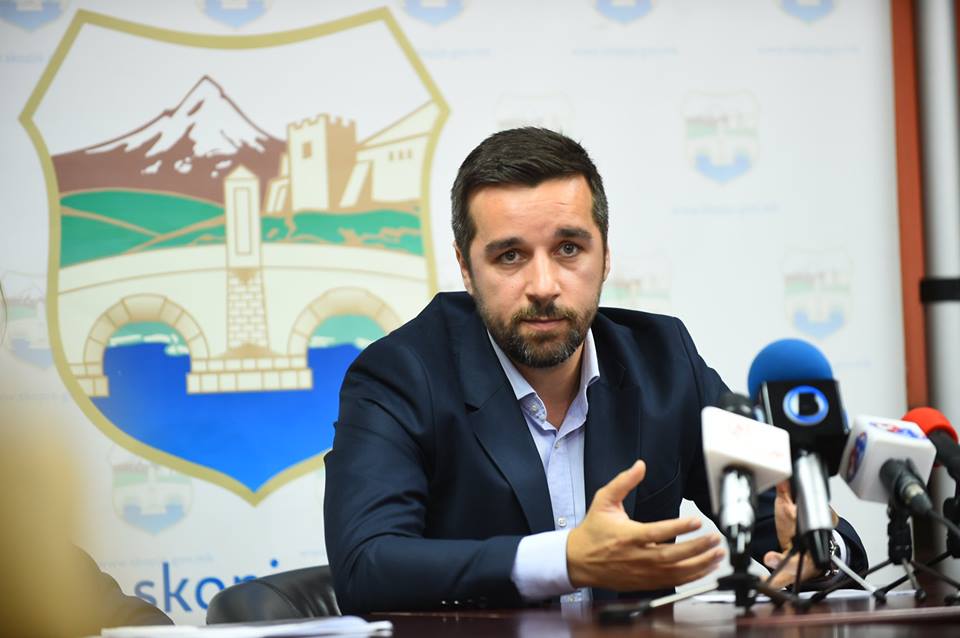 It is no secret that the capital is the "trophy" of every local election. Skopje usually determines the winner, so the political battle here has always been dramatic. What is new and a surprise in the match for Skopje?

For the first time, we have two major coalitions, which have called into question the division of "Macedonian" and "Albanian" political teams. The pre-election coalition VMRO-DPMNE-AA-Alternative is great news, but the question is how effective it can be on the ground, because many rightly consider it unprincipled and unplayed.

It is a big surprise that VMRO-DPMNE does not have its own candidate for mayor of Skopje, so it supports an "independent" candidate from the opposition, together with the coalition partners. The trend of acting as "independent", "non-partisan" and even "non-political" candidates is a key feature of this election.

The third peculiarity is the playing on the "green" field by almost all candidates, and even by those who ruled Skopje for decades and demolished it ecologically.

Another surprise in this election is the growing number of candidates - for mayors, city councilors, and the incredible number of councilor lists for Skopje municipalities. If in 2017 in the competition for the City of Skopje played eight candidates for mayor, this year they play as many as 12! If in 2017 in the competition for the Council of the City of Skopje he had submitted nine lists for councilors (with 405 candidates), for the current one he has submitted as many as 15 lists (with 675 candidates)! But will the majority of players increase the quality of the election match and the turnout?

Are there quality "green" players on the green Skopje field?

Most of the players in the match for Skopje have already announced that they will play with a "green" political offer. Even the candidates from VMRO-DPMNE started "dribbling" for green policies, although this party is most responsible for the environmental disaster after the project "Skopje 2014".

But look at the miracle: VMRO-DPMNE does not officially have its own party candidate in Centar - the heart of Skopje, where the goal scorer Gruevski invested hundreds of millions of euros in his anti-ecological buildings, which are dramatically falling apart after a decade. The candidate for Centar, supported by VMRO-DPMNE, tried to deceive the public with a transparent trick for "Skopje 2014". Not only did he say that the project "did not belong to the previous government", but he also shamelessly lied that "that project was voted by the representatives of the current position". But the truth breaks through like an awl and immediately comes to the surface!

Why VMRO-DPMNE does not have its own "goal scorers" for Skopje and Centar, even though their multimillion-dollar anti-environmental investments were in Skopje - the buildings on both sides of Vardar and in the riverbed, the VMRO party museum, the square in front of the criminal "White Palace", the facades took the first big wind, the double-decker diesel buses - polluters, the road to the criminal "Sunny City" that cut "Vodno", "Panoramic Tower" at the top of Vodno…

Can we now expect precise "green" passes from the tandem Arsovska - Slaveski from VMRO-DPMNE - macroeconomists and defenders of the interests of big business (known opponents of raising the minimum wage)? Can precise "green" shots be expected from the famous Skopje singer - candidate of the "green" coalition of DOM-LDP? Can we expect good green cross shots from the famous Skopje pop character nicknamed "Kamikaze" - the candidate of the Left? Even the green attacking game of "Green Human City" is offside, considering that their candidate was part of the government team for 15 years. The former vice-president of DOM (until a few months ago) gives herself own goals when she now offers solutions to the environmental problems for which she herself contributed by (in) action.

Why are VMRO-DPMNE-AA-Alternative hiding behind an "independent" candidate?

There are at least two reasons why the largest opposition party coalition is now hiding behind an "independent candidate". The first reason is to manipulate the people of Skopje - just as Mickoski manipulated them when he entered the Council of the City of Skopje in 2017 (as a list holder), so instead of playing, he resigned. In the campaign in 2017, Mickoski played in tandem with Koce Trajanovski, he pretended to be worried about the problems of the people of Skopje, he offered solutions, but as an advisor he immediately forgot and betrayed the people of Skopje. Now the opposition has created an alibi for the upcoming defeat in Skopje. If VMRO-DPMNE does not have a party candidate for mayor on the field, theoretically it can not even lose. Practically, now for Mickoski he will shoot a tandem of two macroeconomists who pretend to be successful managers-goal scorers (just like Mickoski in 2017), although so far they have not shown any special interest in solving the problems on the Skopje green field.

The second reason why the largest opposition party coalition is now hiding behind an "independent candidate" is an attempt to manipulate Albanian votes. I have a feeling that the team between Mickoski (pictured in the crowd in front of the assembly on April 27, 2017) and the Albanian opposition is having a hard time with the Albanians in Skopje. Albanians are still fresh from the chauvinist protests that chanted against "bilingualism", against the "Tirana Platform", against "federalization and cantonization" - protests from which VMRO-DPMNE has not yet distanced itself, nor does it recognize them as its own. That is why the initially announced party candidate, unusually transformed into "independent" so that she could be more painlessly supported by the Albanian opposition parties. But this dishonest and dishonest approach is underestimated for the people of Skopje, especially for the Albanians. For Albanians, such tips simply do not work. Especially when the "independent candidate" goes to a party rally in Butel and thanks only to VMRO-DPMNE, and when she shoots a penalty as a party player in Kisela Voda, giving nationalist statements that the "fight for Macedonia" starts in Skopje.

The dishonest approach does not work

The insincere approach in communication with the people of Skopje simply does not work. Just as the insincere game of Mickoski and Koce Trajanoski did not pass with the people of Skopje in 2017, the insincerity of the "independent candidate" will not pass now either. The whole act of being "non-partisan" and "apolitical" is in vain, when the sparrows on the roofs know that they are playing for the pre-election party coalition VMRO-DPMNE-AA-Alternative.

The insincere game of "independent" and "non-partisan" pop stars supported by parties will pass even less. Such tricks do not work because "the truth is like an awl" - as the former leader of VMRO-DPMNE prophesied, who went on a "business trip" to Budapest just when his criminal, urban and environmental crimes in Skopje began to surface. .

Skopje residents should not be underestimated with a dishonest and manipulative approach, assuming that they have a poor memory. Skopje residents remember who deepened the problem of air pollution (to the point that we were declared the most polluted city in Europe), and who successfully solved it (to the extent that air pollution is no longer among the top five problems mentioned by Skopje residents in the polls). Citizens of Skopje remember who increased the chimneys, exhausts and smoke (by increasing the price of electricity and heating, by importing used vehicles and double-decker diesels, by not imposing pancakes and pollutants), and who reduced them (by subsidies for inverters, eco-buses and Fast public transport as a green project, with unblocked sidewalks and a network of bike paths, punishing scavengers and polluters, etc.). Skopje residents also remember who urbanized and destroyed Vodno, and who prevented the planned southern ring road (which halves Vodno) and the insane attempt to give Vodno to a private concessionaire who will build ski slopes a la Garmisch Partenkirchen. Skopje residents also remember who destroyed the greenery in Skopje, and who improved it by turning landfills into parks, by building green squares and green roofs, by planting dozens of new tree lines… Skopje residents also remember who divided and regressed Skopje, and who merges and develops evenly. As long as the people of Skopje remember well, the attempts for manipulations of the people of Skopje will not pass and the "game" for Skopje will not be "shit" and lost.